Taps are flowing at Rapids Brewing in Grand Rapids The newest brewery on Minnesota’s Iron Range has begun serving up suds. Rapids Brewing Company opened Aug. 2 for its first “Summer Sneak Peak Weekend,” with limited beer and food options. General Manager Bill Marinetto said he expects the business to be open seven days a week before the end of the month, and his target is next weekend.

The “Sneak Peak” is an opportunity for the brewery to build beer inventory and develop the rest of its menu before a full opening. The hours of operation during the preview weekends are 4 to 9 p.m. on Fridays and Saturdays.

Rapids Brewing is located in the former Rialto Theatre at 214 N. Pokegama Ave. in downtown Grand Rapids, one mile north of Klockow Brewing Company, which opened in October 2018. The Iron Range now has five breweries in total. The other three are BoomTown Brewery in Hibbing (2018), Cuyuna Brewing Company in Crosby (2017) and the BoatHouse BrewPub and Restaurant in Ely (2012).

According to the Cinema Treasures website, the Rialto Theatre opened in 1934 and closed around 1982. 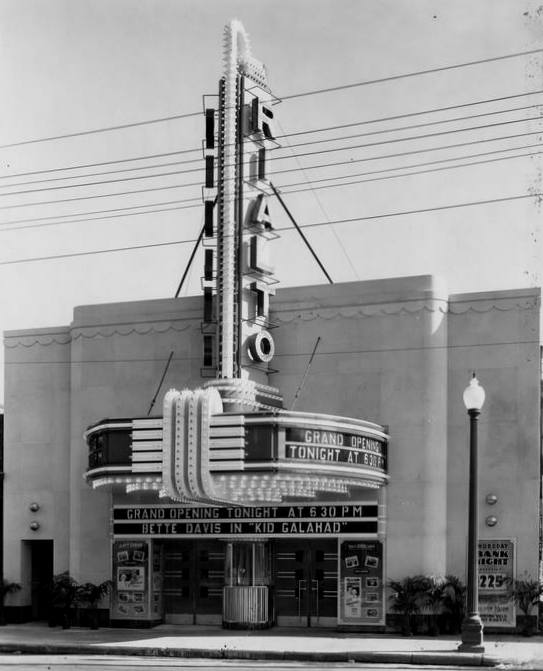 The Rialto Theatre during its heyday.

“The theater has been sitting vacant since the 1980s,” Marinetto said. “We kept some elements from the theater, incorporating the old orientation, so our stage is on the same wall as where the old stage was. We have somewhat intentionally had some tiered seating in here to kind of bring back that old theater feel as well. So we did play on some of those elements, however, it’s a good combination of that feel along with it being kind of a beer hall — it’s a big open space with long tables, a lot of wood and metal.”

In the center of the tap room is a large garage door that opens into a partially covered outdoor patio and greenspace.

“Last weekend we had musicians on the patio playing outside,” Marinetto said. “So we had maybe 60 people outside and another 100 inside all listening to the same music.”

The initial concepting for Rapids Brewing began in 2014, but Marinetto said things didn’t get moving until January 2017. “That’s when we really started hitting the ground running in terms of trying to raise capital and put plans together.”

Marinetto is one of seven parties with an ownership interest in the brewery. Ed Zabinski, a former banker and city councilor, is one of the company’s founders and has been the name most consistently associated with it over the past five years. Marinetto said the brewery has been a $3.5 million project.

“Our main thing here is we really want to bring back the idea of eating and drinking locally and regionally,” Marinetto said. “Our kitchen is going to be 100 percent wood-fired cooking in a wood-fired oven. We do everything in-house from scratch. We don’t buy anything that’s prepped or cooked or anything like that. If we need smoked sea salt, we’ll smoke some sea salt. Our chicken wings, we get whole wings in and butcher them ourselves.”

The same kind of principles apply to the beer production, Marinetto said.

“We’re going to be using some local hops in some of the beers and we’re exploring the feasibility of using some local fruits. We have made a point to buy grain and hops from Minnesota producers and roasteries.”

The tap room will also serve products from Duluth Coffee Company, Wild State Cider and Cannon River Winery, among others.