Martha’s Daughter restaurant has closed, business will continue as popup 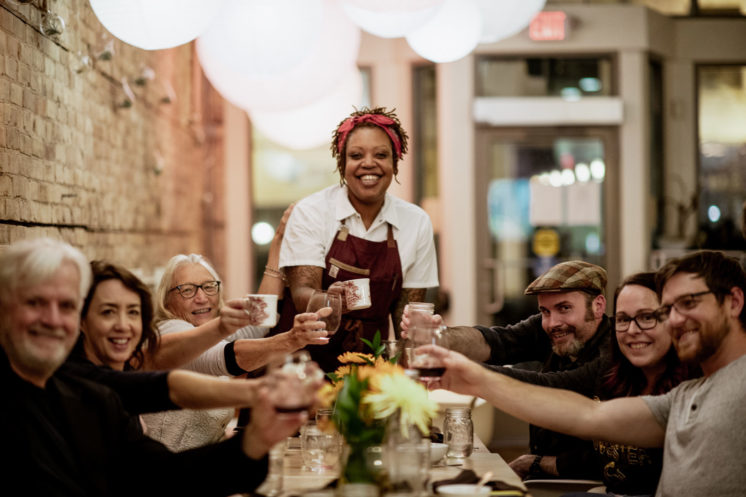 On the same day reconstruction of East Superior Street begins in Duluth, the strip’s hottest new restaurant has announced its run is over. After a little more than a year in business as a brick-and-mortar establishment, Martha’s Daughter is reverting to popup status.

Owner Nyanyika Banda announced the news today in a brief email to media:

The restaurant Martha’s Daughter will be downsizing back to a pop up this month. Chef Nyanyika Banda began her pop ups in Duluth five years ago during the Duluth Homegrown Music Festival while attending the University of Wisconsin-Superior. Throughout the month of April and the festival this year she will be popping up around the Twin Ports (including the Red Herring Lounge). After May 5th Martha’s Daughter is hitting the road and will be doing collaboration dinners and pop ups in Madison, Minneapolis, Western Massachusetts and San Francisco. Fans of Martha’s Daughter are encouraged to continue to follow on social media for upcoming events. A new website and blog are also in the works.

Martha’s Daughter opened on Valentine’s Day 2018 at 107 E. Superior St., the former longtime location of the Original Coney Island restaurant. It was initially met with rave reviews, but staffing issues and finances led to struggles to maintain consistent hours and retain a liquor license.

Winifred E. Higgins in the Metropolitan Museum of Art

A huge collection of world art is available online at the Metropolitan Museum of Art. This "charger" (which won't do...