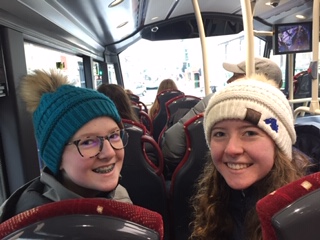 I’ve been discovering blogs by Duluthians lately. Sister Scotland collects the observations of a Superior student as she studies abroad. Some observations, about the taste of haggis … well, I will never be okay with food cooked in a stomach. It feels like duplication of effort; we only need one stomach in this process.  But others, they are just playful thoughts on life.

I always wonder if famous poets or writers were really sassy and self centered, like if Shakespeare ever told anyone to change because they were wearing the same outfit and he wore it better. Or if someone criticized his work because they didn’t get a part in his play he said something along the lines of “I asked for talent, not your opinion Margaret.” Or if Edgar Allen Poe showed up to a party and someone had a bad outfit on, he was like “That shirt with those shoes? Gurl no”.

Others include thoughts on the bus, expressed as poetry:

So young
So innocent
Yet to be nauseated