The recent PDD posting about the 1960s song “Ruth from Duluth” has led to a potentially related historical sidebar. It turns out that in the 1940s there was a carnival performer promoted as the 750-pound “Ruth from Duluth.”

Very few details are available in the five periodical clippings unearthed so far. 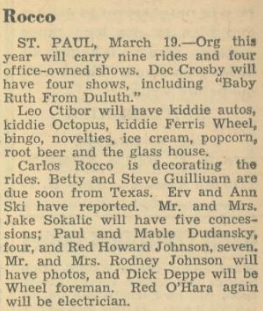