Postcard from the College of St. Scholastica, 1948 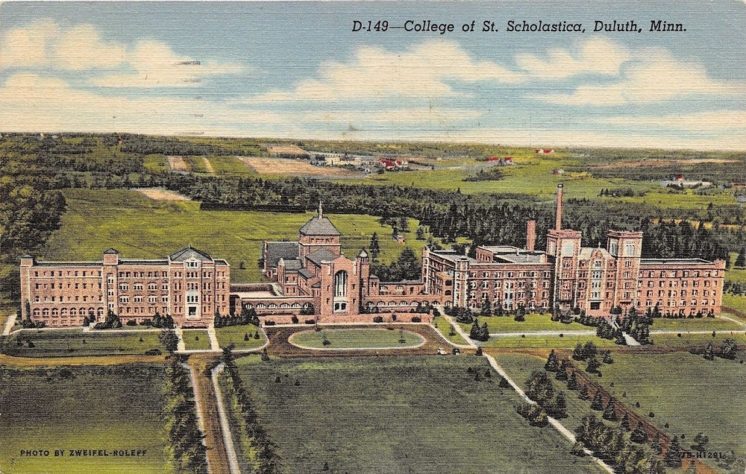 The College of St. Scholastica began as a high school called Sacred Heart Institute in 1892. In 1909, the Benedictine Sisters opened a day and boarding school called Villa Sancta Scholastica Academy at the present-day site of the college.

In 1912 the school became St. Scholastica Junior College and in 1924 expanded to became a four-year college.

A major building program began in 1936 that included construction of the chapel, library, Rockhurst Auditorium and Stanbrook Hall High School, a Catholic school for girls.

In 1962, the college began operating as an independent, private institution, specializing in liberal arts and sciences and professional career fields. St. Scholastica went co-educational in 1968. There were 485 students. Lake Superior Wants to Kill You

Pardon the alarmist headline. Lake Superior doesn’t really want to kill you, but you should know all bodies of water...