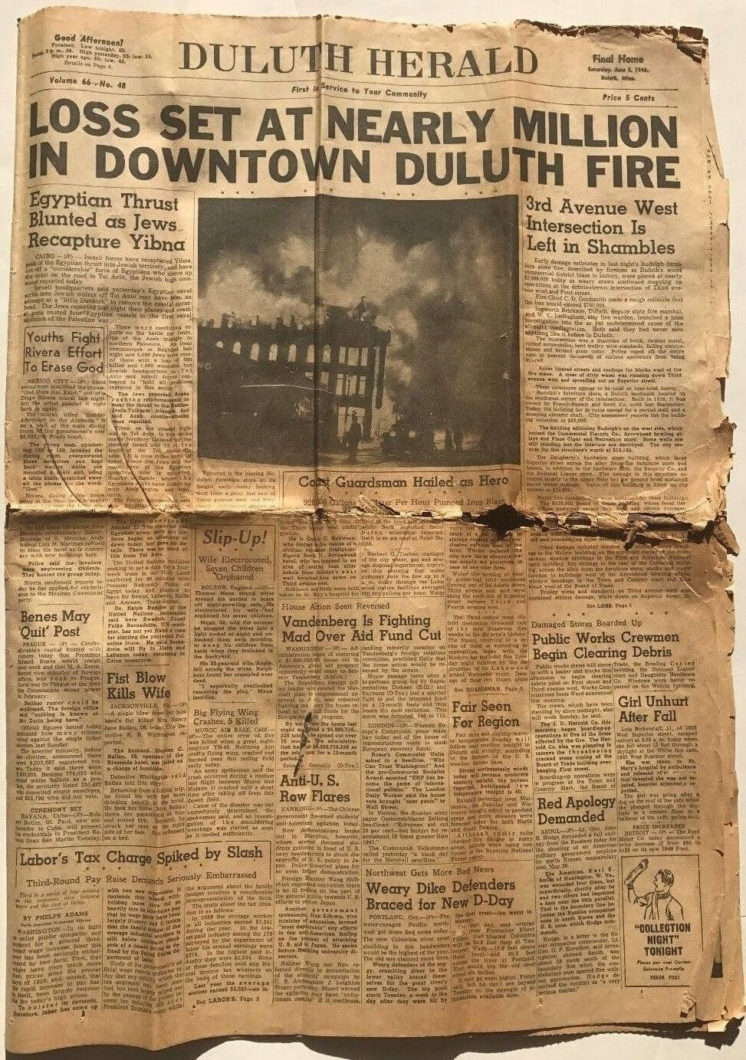 Duluth, Duluth, Duluth is on fire. On June 5, 1948, Downtown Duluth was recovering from the “worst commercial district blaze in history.”

The old newspaper shown here is in rough shape and in places difficult to read, but the opening of the story goes a little something like this:

Fire Chief C. D. Goldsmith made a rough estimate that the loss would exceed $700,000.

Ingworth Erickson, Duluth deputy state fire marshal, and W. C. Ledingham, city fire warden, launched a joint investigation into the as yet undetermined cause of the all-night conflagration. Both said they had never seen anything like it before in Duluth.

Zenith City online has more information about the blaze, which was later estimated to have caused $1.7 million in damages. The site of the fire is now home to the Duluth Area Family YMCA. 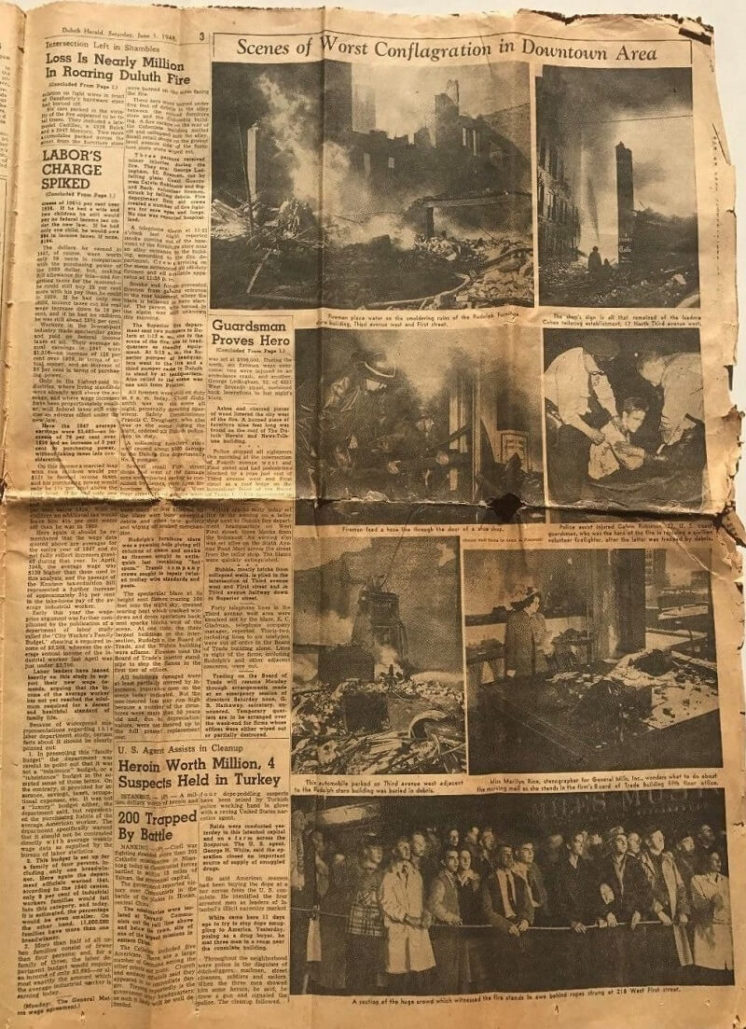 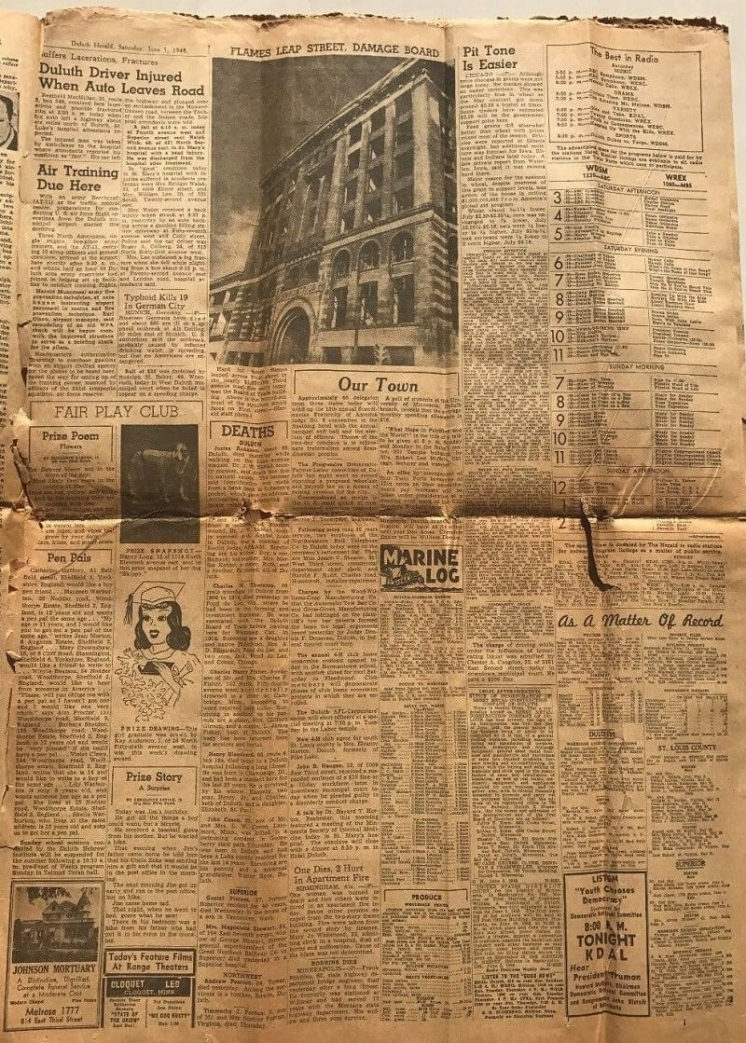 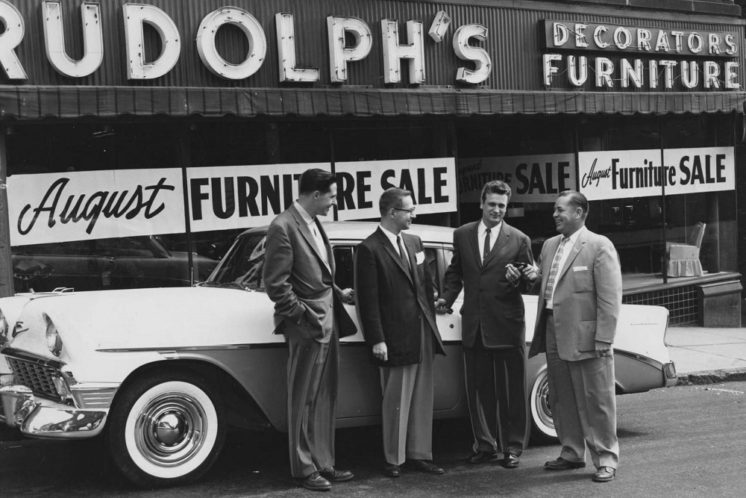 The photo above depicts a scene outside the relocated Rudolph’s Furniture at 18 N. Lake Ave., where the Duluth Technology Village parking lot is located today. The image is from the Sharron and Oren Steinfeldt Photography Collection and is dated 1958. The caption reads: “Four men stand in front of an automobile that is parked outside of Rudolph’s Furniture Store. Rudolph’s was a popular furniture store in downtown Duluth. Store owner Leonard Rudolph is second from left.”

Leonard Rudolph was a son of the store’s founder, Maurice Rudolph. Maurice opened Rudolph’s Furniture at 1501 Tower Ave. in Superior in 1933. In 1947 he expanded into the building at 302 W. First St., which previously was the French, Bassett and Scott furniture store, shown below in another photo from the Oren Steinfeldt Photography Collection. 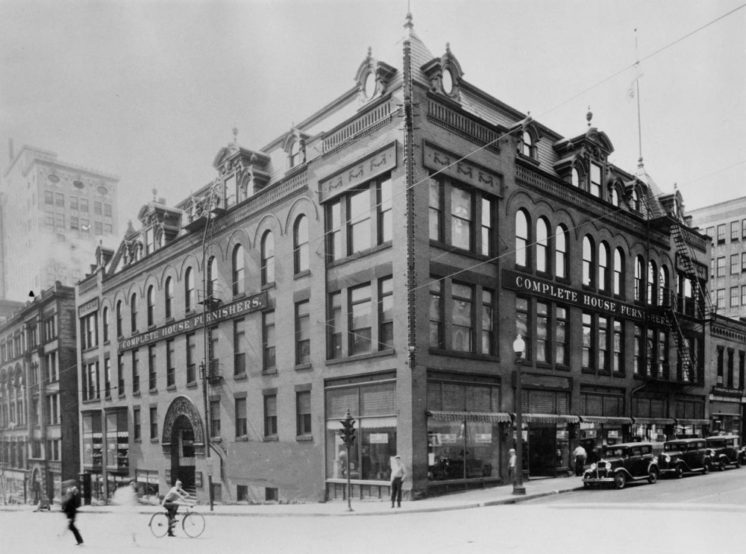 Young and old, rich and poor, Minnesota nice be damned, Duluthians can get just as upset as folks in the...