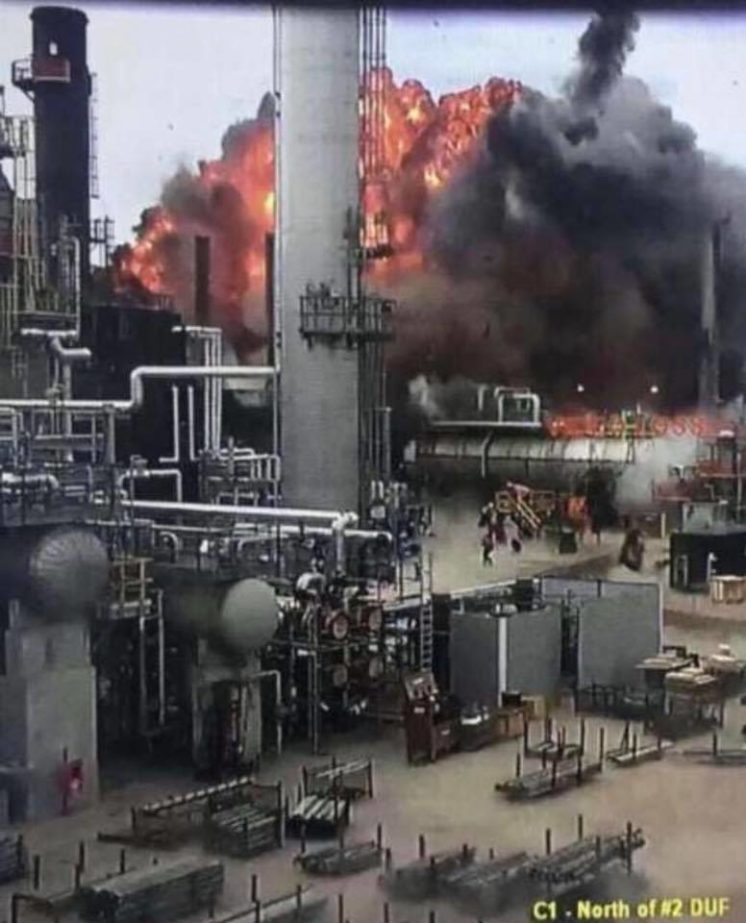 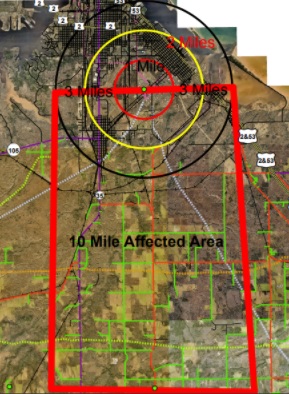 At approximately 9:50 a.m. there was an explosion at the Husky Energy oil refinery in Superior. The initial fire was extinguished at 11:31 a.m., but a second fire erupted shortly after noon. The Duluth News Tribune reports there have been multiple explosions. An additional tank caught fire at 3:15 p.m.

All refinery personnel and contractors have been accounted for. There are no known fatalities. Conflicting reports indicate somewhere between six and 20 people injured.

The Douglas County Sheriff’s Office has issued an evacuation of the area due to the potential toxic nature of the smoke. Anyone located 10 miles south of the Husky Energy refinery, or three miles east or west, or one mile north, are asked to evacuate. The Duluth Entertainment Convention Center and Four Corners Elementary School are the mustering points for evacuees. Four Corners School is located at 4465 E. County Road B in the Town of Superior. The Duluth Entertainment Convention Center is accessible through Door D in the ticket lobby. Parking is free. Basic provisions are being provided, including cots and food through the Red Cross Northland. Pet sheltering is also available. Donations of food or water should be directed to the Red Cross at 218-722-0071.

Visit Duluth has put together a list of hotels offering discounted rates at visitduluth.com/emergencylodging.

There are two mustering areas for bus transportation for evacuees — 1101 Susquehanna Ave. and 1316 N. 14th St.

Mint Vintage began after a chance encounter and a few jam sessions. As the band explains, it's not about notoriety....