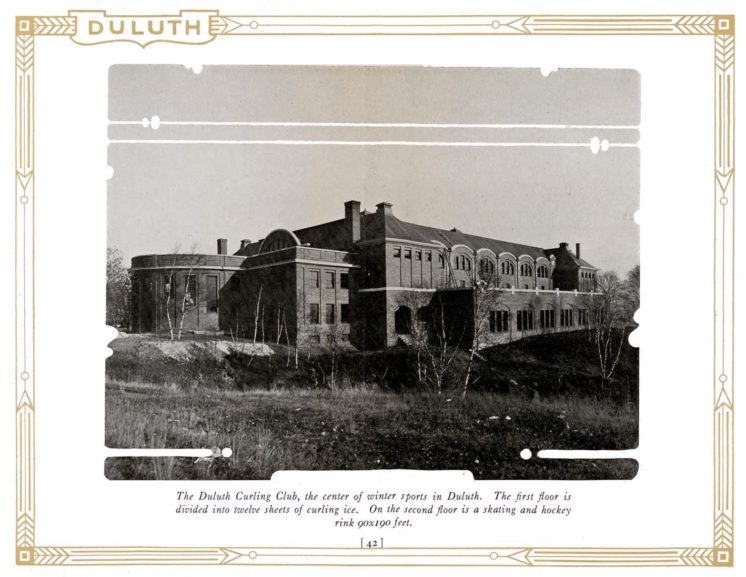 This handsome photo of the 1913 curling club off London Road comes from the Duluth Commercial Club annual report from 1918.

Yeah, we didn’t get our paper this morning either. What to read? (I like to pretend the internet doesn’t exist on snow days.) So as we bask in curling gold from South Korea, enjoy a little history of one of Duluth’s most ancient organized sports.

Not to start any controversy, but a tiny item in the St. Paul Globe, on Dec. 2, 1887, seems to dispute the agreed-upon origins of the Duluth Curling Club. It says those “Scotchmen” up north had a club going in what would be four years before official accounts.
Unfortunately, records of the Duluth News Tribune do not exist from 1886 to 1889 to either confirm or deny the report from St. Paul. The first mention of a curling club, as the DNT picks up again in 1890, is, indeed, the 1891 season. 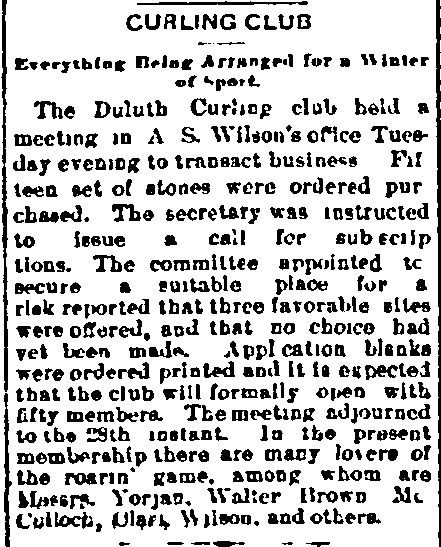 Indeed, the DNT reported on Nov. 19, 1891, that there was an organizational meeting of what would become today’s Duluth Curling Club. Expensive stones were ordered, so organizers were all in.

Perhaps it was the lack of suitable and consistent ice sheets that killed any club efforts in the late 1880s. The club was happy to report a permanent home at Glen Avon, as reported in the Dec. 16, 1892 DNT.

The curling club was feeling pretty good about winter sports in Duluth taking over the world, according to this March 1, 1912, story in the Grand Forks Herald. 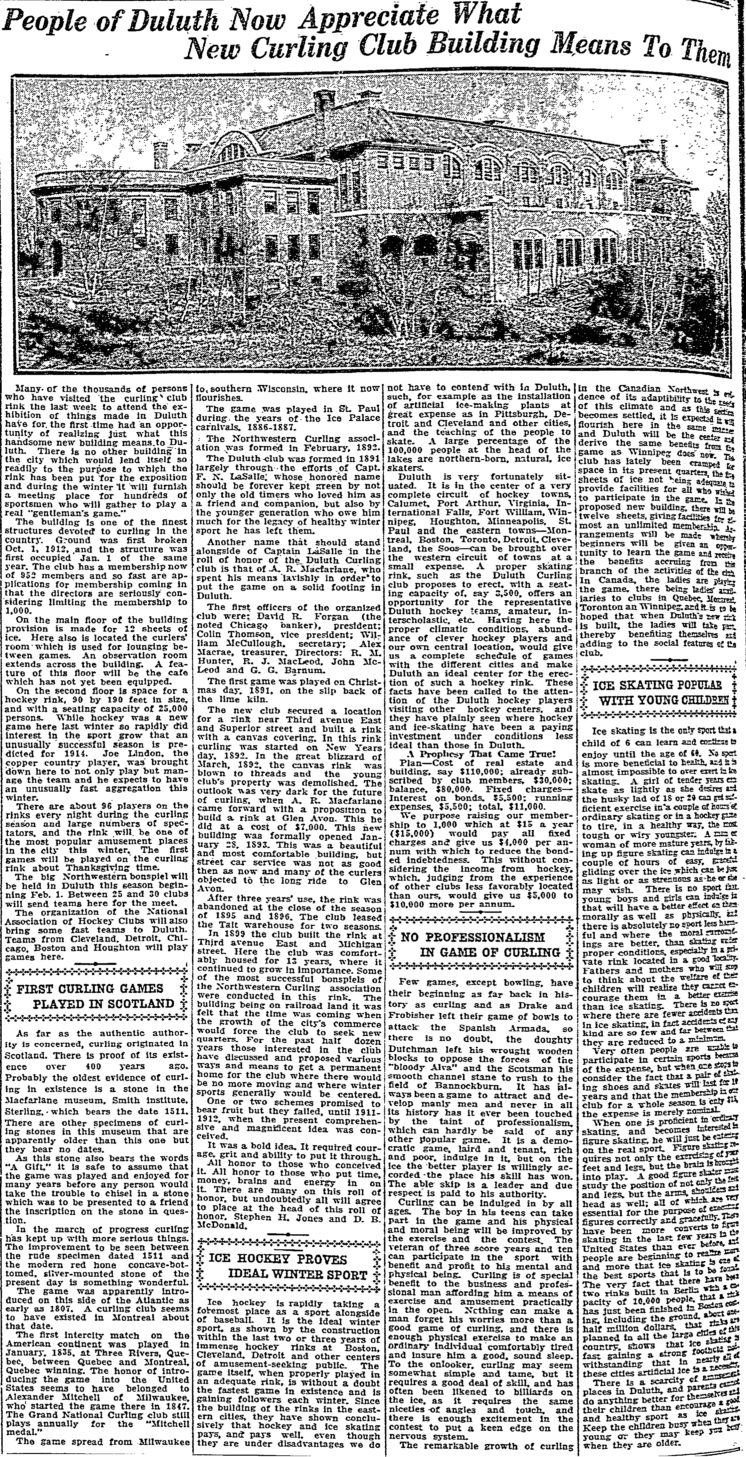 It became the second-largest curling rink in the U.S. and at first Duluthians were a bit skeptical of the size and scope of the new indoor facility off London Road. But it proved to be useful for all sorts of functions — a civic center before the civic center, an armory before the armory. The largest complex? St. Paul. There was a heated rivalry between the two clubs for many years in the early 1900s. 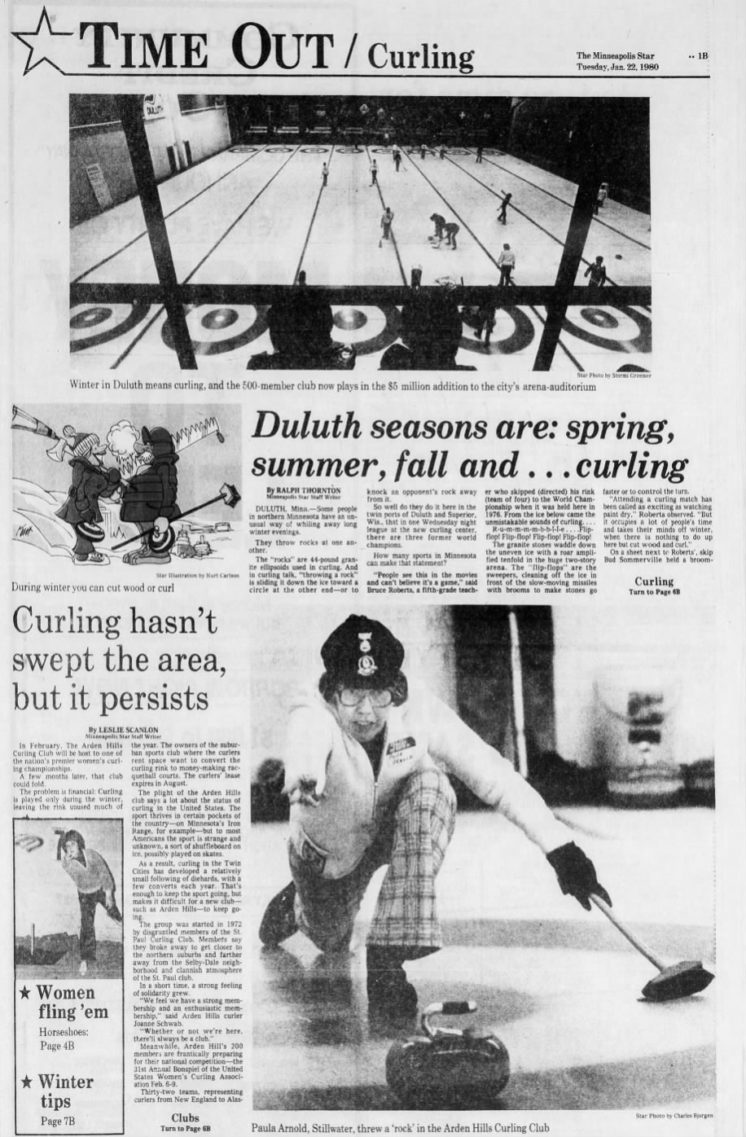 The Minneapolis Star reported on the state of curling in Duluth and the Twin Cities area in January of 1980. 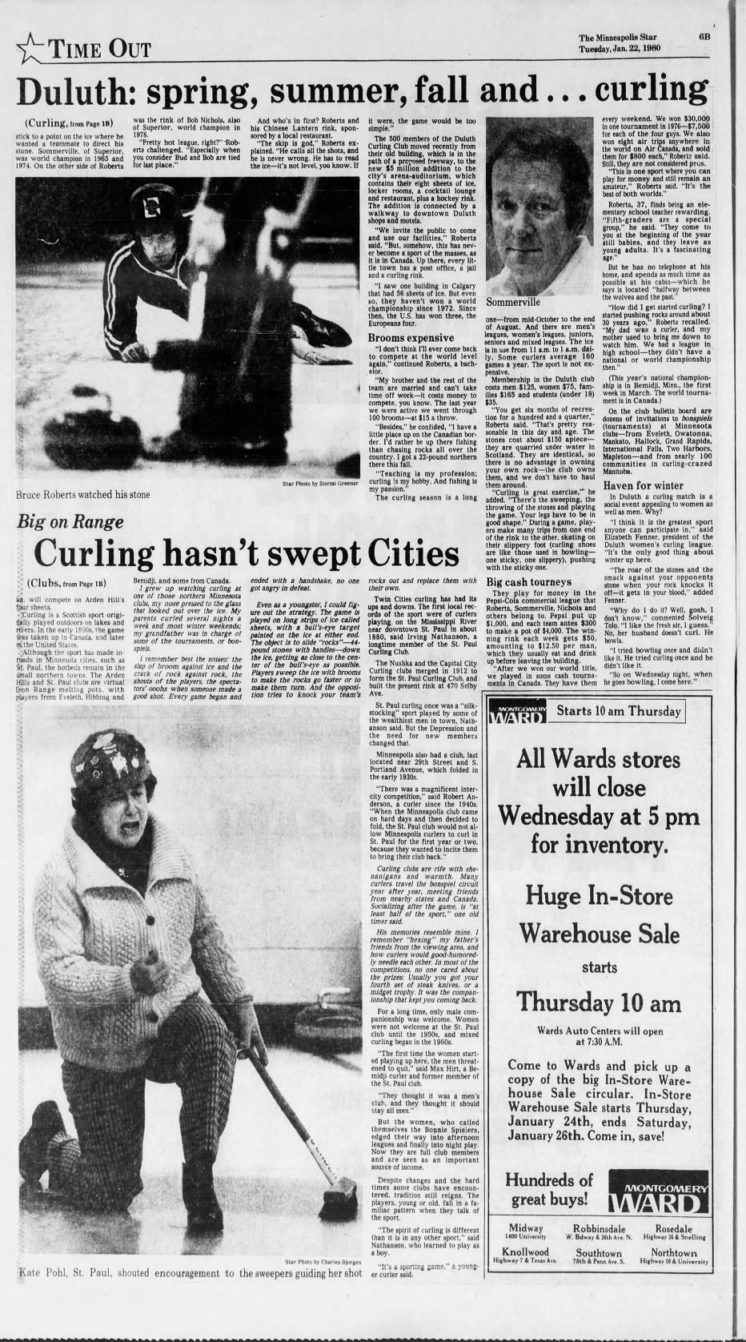 The Minneapolis Star reported on the state of curling in Duluth and the Twin Cities area in January of 1980.

Go for the gold with this month's PDD Quiz and test your knowledge of local current events. The next PDD...