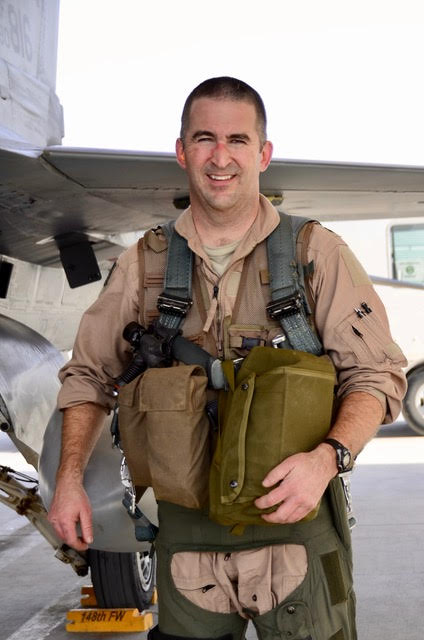 If you fling a certain line at Air Force veteran Eric Chandler, expect a pleasant smile masking irritation. He might nod in recognition. And if that’s all you got, the conversation is over.

“Thank you for your service.”

“Who are you thanking?” he asked earlier this year when talking about the growing gap of understanding of the U.S. military experience with that of civilians.

“We’re all complicit,” Chandler says with a serious tone. He could go on for hours on this topic, he says. There’s a deal made in a constitutional republic: Citizens ask for protection with a standing army and some answer the call by enlisting. But it’s not a service contract, Chandler says. “It’s not like the cable guy.”

“It should feel more invested” all around, Chandler says. “Thank you for your service” rings as hollow as any other jingoistic notion of the military’s role in American society. When people don’t know what it is you do or have done, platitudes mean nothing, he says. People are less interested in “who is in the military” over just passing along jingoistic notions of it, he says.

He’d much rather sit down and talk like two old guys having coffee. Talk about fishing or the weather, maybe.

And if his military service comes up, he’d like to see genuine interest in hearing his stories, his singular experience. He thinks of something Randy Brown said, that there are as many stories as the number of men and women who serve.

Brown is one of four writers Chandler secured for a June 2-3 writing event he is organizing called “Bridging the Gap: A writing workshop for both civilians and military veterans.” The four writers cut a broad swath in writing about the military experience. They will instruct workshop participants that Saturday and Sunday. On Saturday night, there will be a free public reading and discussion.

Chandler would be pleased enough if people filled the seats at the Spirit of the North Theater in the Fitger’s Brewery Complex in Duluth that Saturday just to hear the various aspects of military storytelling.

It’s much more than what you see in popular culture, he said. Too often it’s about the traumatized, broken soldier or the cartoonish hero. “There’s a lot of in between,” Chandler says.

He realized just over a decade ago that he was a writer who could get paid. He’d always journaled, since he was a kid. Then 15 years ago he transformed some of his outdoor adventure journaling into articles. He eventually came to discover poetry and the wider world of writers with military backgrounds.

The idea for the seminar came after attending a national conference on military writing last year. There he met writers he’s admired and found they were just “regular people you could have a beer with.” And they were willing to travel to tell their stories, and “bridge that gap.”

Chandler was a commercial airline pilot on Sept. 11, 2001. The financial impact on the airlines meant he was soon out of a job. His Air Force experience led him to Duluth and the Air National Guard. He’s now back flying commercially out of Chicago but has taken to Duluth.

After graduating from the Air Force Academy in 1989, he flew in seven deployments to the Middle East, leading to 145 combat sorties. He is a rare F-16 jet pilot with more than 3,000 hours of flight time.

His sidewinding journey to the present has him writing a memoir. “Luck,” he says of finally finding a thread to write his story along. He said he’s gaining confidence in his own voice and wants to share with others just how to fulfill a life in writing. It’s still a “side gig,” he said, “but I’m trying to be more serious about it.”

He’s had fits and starts in learning how to get published. Any help the seminar can provide will put participants way ahead of where he started, he said. He flashes a copy of a collection poetry he’s published and grins like a kid. “That’s pretty damn cool.”

He makes no promises that his workshop will get the same reaction, but he knows it will help anyone thinking about writing about their own military experience or that of others. It will also offer just simple writing advice, he said.

“It’s my tiny effort to bring us closer,” he says of civilians and veterans. “I’m just one person, and it’s a small conference, but it’s something I think will be valuable to everyone.”

He probably wouldn’t mind at all if you thanked him for his service — to the writing community.

For more on Chandler’s workshop, the guest authors and public reading, visit bridgingthegapdlh.wordpress.com.

Yeah, we didn't get our paper this morning either. What to read? (I like to pretend the internet doesn't exist...