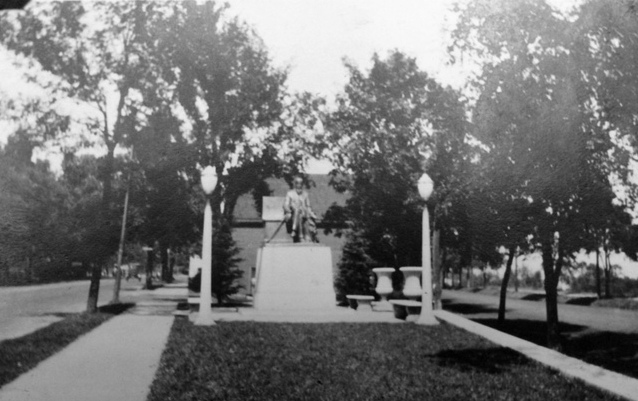 Jay Sonnenburg shares this old photo from his family collection. It shows Duluth’s statue of Jay Cooke across Superior Street from the Kitchi Gammi Club, date unknown. The statue was moved a short distance in the 1980s when I-35 was extended through the area.

According to Zenith City Press, the statue was created by artist Henry Shrady and dedicated on Jay Cooke’s 100th birthday — Oct. 15, 1921

Shrady, a New York artist, created the U. S. Grant Memorial that stands in front of the U. S. Capitol building in Washington, D.C. as well as the statue of Robert E. Lee in Charlottesville, Va., which was at the center of Civil War Monument controversy in October, 2017. The Cooke statue, placed on a granite base, depicts the Union’s Civil War financier sitting contemplatively on a bench, an unnamed collie at his side. His hat is on his knee and his cane at his side, and there is room on the bench at Cooke’s right side, as if he is waiting for a companion to join him.

Below are three photos of the statue shot by Hugh McKenzie, date unknown, from the University of Minnesota Duluth Kathryn A. Martin Library’s Northeast Minnesota Historical Collections. 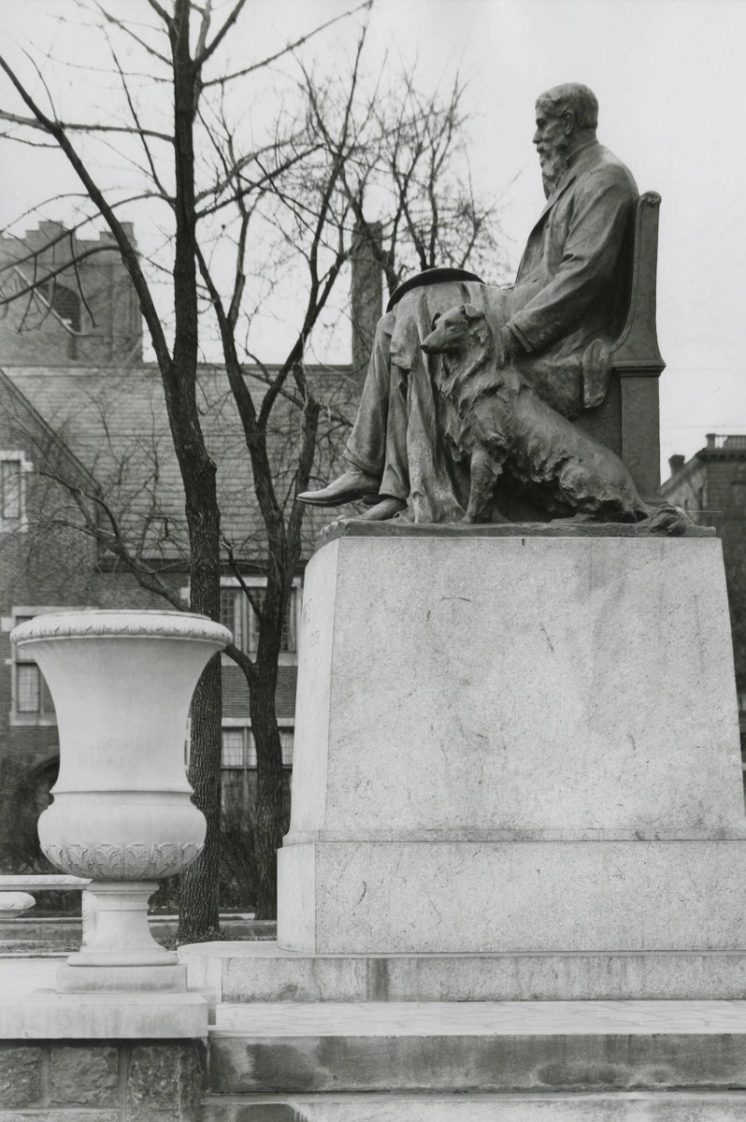 https://www.youtube.com/watch?v=-kD5TJv-Pug&t=10s It's almost an annual tradition. When the conditions are just right, small waves push sheets of Lake Superior surface...