Petitioning to Change Duluth in 2017 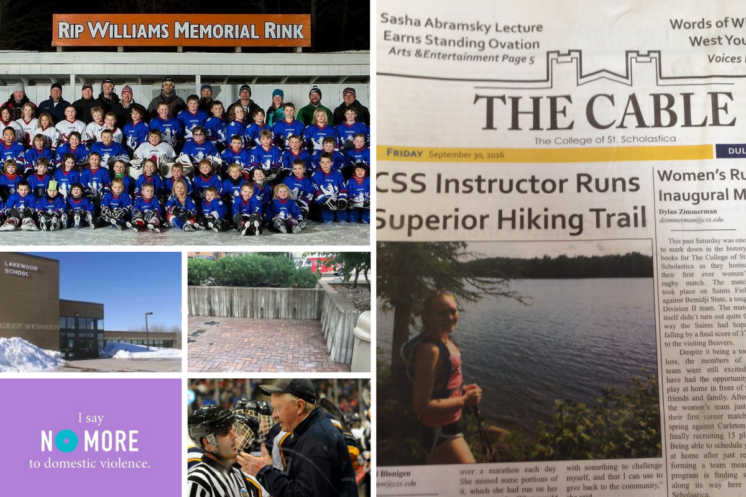 A look at petitions on change.org shows a pretty good rate of success for people who wanted to change something in Duluth in 2017. As of the morning of Dec. 13, two petitions had more than one thousand supporters and both of those issues appear to be resolved.

1,177 Signatures
Adam Ritscher started a petition to “Stop Removing Park Benches!” His petition noted: “Everyone deserves the right to rest. That is why park benches are installed in public places.” Ritscher noticed some benches in Downtown Duluth had been removed and felt it was “an effort to prevent people experiencing homelessness from gathering downtown.” In October Ritscher updated the petition with a note indicating city officials told him the removed benches would be returned.

1,032 Signatures
Abigail Blonigen, editor-in-chief of the College of St. Scholastica’s student newspaper, The Cable, launched a petition to “Support free speech on campus. Save the Cable!” Her petition charged the student senate at CSS with slashing the newspaper’s budget by denying stipends to students working with clubs on campus. On Dec. 8 Blonigen reported in an editorial that an agreement has been worked out to make the newspaper a student activity instead of a club, which will allow for a more consistent funding with the paper’s contributors paid from the student activities budget instead of student service fees.

809 Signatures
The Congdon Park Hockey Club was unhappy with proposals that would eliminate some ice space in eastern Duluth, so it created a petition to Keep Congdon Park Hockey at Lower Chester Park. According to an update on the petition, the city of Duluth has stated there will continue to be two rinks at Lower Chester and an online survey is being conducted to gather community feedback.

A few other petitions — all of which tallied fewer than 300 supporters — include:

Donating a Car to Community Action Duluth (with Reflection)

Last week, my ex-wife and I planned to get rid of her old car, still stored in my garage for...