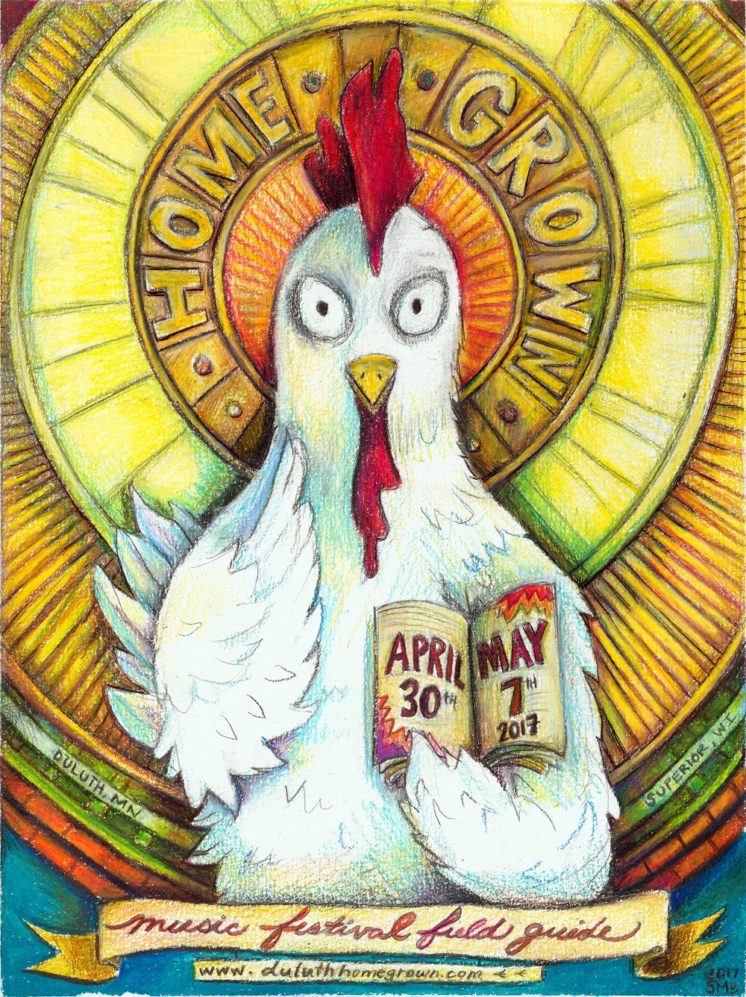 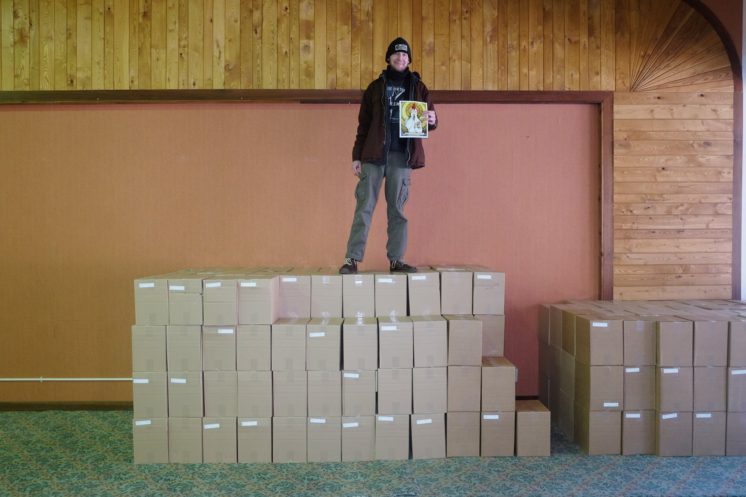 The 2017 Homegrown Music Festival Field Guide is off the presses. All three tons of the processed wood fibre will be distributed to various shops across the Twin Ports beginning this weekend. This year’s cover art is by Sarah Brokke, who was also the featured artist in yesterday’s “Selective Focus” on PDD. The photo above, shot by Kip Paslowicz, shows Homegrown Assistant Director Adam Guggemos standing atop a portion of the 20,000 copies of the 100-page promotional magazine.

This year’s Homegrown happens April 30 to May 6, with 196 bands performing over the course of the eight days.

So far there has been one change to the Homegrown schedule that happened after the Field Guide went to press: Nat Harvie will not be performing because he is leaving Duluth for a job opportunity.

Due to production haste, two band profiles were not included in the magazine. Below is the missing information.

Mina Kaiser
4:20pm Sat 5/6
Sacred Heart Music Center
Mina Kaiser was born and raised in Duluth and has been performing in the area since 1975 on a variety of different instruments. She is an award-winning composer and has been an adjunct music instructor at the College of St. Scholastica since 1987. Her compositions cover the gamut from symphonies, operas, chamber works, works for early instruments and a wide variety of pieces tailored for specific commissions. She composed the music and played in the orchestra for Lyric Opera of the North’s 2016 production of Les Uncomfortables. For her Homegrown performance she will perform a solo act of Bach cello suites on tenor banjo.

The Greatest Inventions of All Time

It’s difficult to pick one invention to stand out as the greatest of all time. There are so many manmade...