What is this brick pillar in the sidewalk? 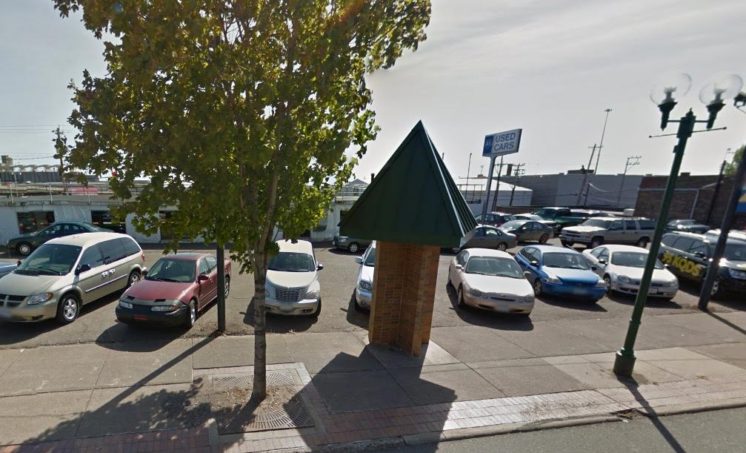 The above image landed in my inbox this morning with the following question from a fellow named Ben: “Any idea what this is? It’s on West Superior Street at 17th Avenue West. There’s nothing on it or attached to it.”

Well, it just so happens I have a pretty good idea what it is.

The photo below was shot on the 1900 block of West Superior Street in 1995 and shows a different pillar, but the same style, used to promote West End businesses back in the day. That’s me on the right; Barrett Chase on the left.

In the modern photo from 17th Avenue West, however, the pillar looks smaller. Maybe it’s just the angle the photo was taken. The brick base in the old photo appears to be about seven feet high before it reaches the pyramid roof.

Augustus B. Wolvin and the Duluth Stoker Co.

This advertisement is from The Directory of Licensed Stationary Engineers of the State of Ohio, 1903, published by the Engineers Directory...