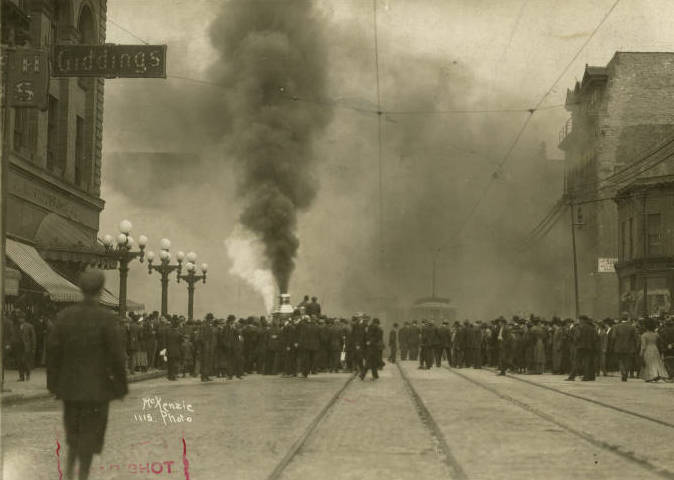 A more thorough search pulled up a number of other tidbits:

J.M. Gidding & Co. opened in March of 1904, according to Millinery Trade Review. The magazine noted before the store was set to open that it would be “devoted to the sale of dry goods, millinery and women’s wearing apparel, which, in elegance of equipment and decoration, will surpass anything in that section of the country.” Clothier and Furnisher magazine also reported March 1904 as opening month for Gidding’s, noting the store would have “departments for clothing, furnishing goods, hats and shoes.” 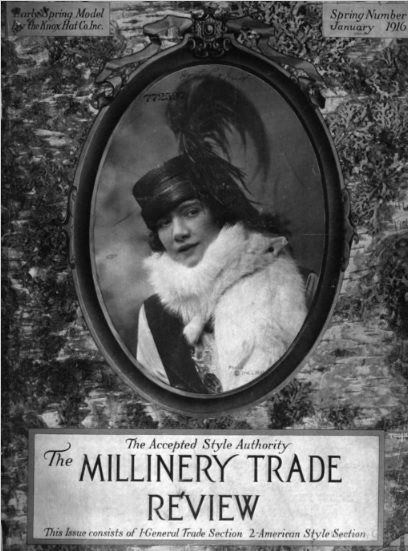 Mrs. Grace Gilmore Cate has just come to Cincinnati to take charge of the millinery department of the J. M. Gidding Company. Mrs. Cate was with the Gidding Company in New York, having been associated with them for some years. She will now, in addition to looking after the millinery in the Cincinnati store, superintend the Gidding store in Duluth as well. She succeeds Miss Daisy Kuhn, who was the chief millinery buyer for Gidding in Cincinnati. Miss Kuhn is now in Wheeling, W. Va.

“This spring will be distinctive, but the small hat trimmed high and the large hat trimmed low will be the vogue. Broadbrimmed hats have low crown and low trimmings, while turbans and small brim hats have high crowns and high trimmings.”

“We are featuring the Gidding sport hat of Angora braid of different shades,” continued Mrs. Gate. “Flowers promise to be used a great deal in spring and summer hats. Of course, ribbons are good, especially in turban trimmings, where the large ribbons can be built up to almost any height Chinese braids, lisere braid, Milan braid, and silk braid are all used, the latter being good for the first time in years.”

Mrs. Cate expects a large number of new hats in later on, for she thinks present conditions promise future prosperity, and she adds that hats are not really going to be so expensive as was at first prophesied.

An article in the January 1922 issue of The American Cloak and Suit Review reports on J.M. Gidding’s new store at Fifth Avenue and 57th St. in New York City, noting “the exquisite structure was a tribute to Mr. Gidding’s uncanny skill as a stylist and a merchant.” The final two paragraphs of the story tell of his “notable rise.” 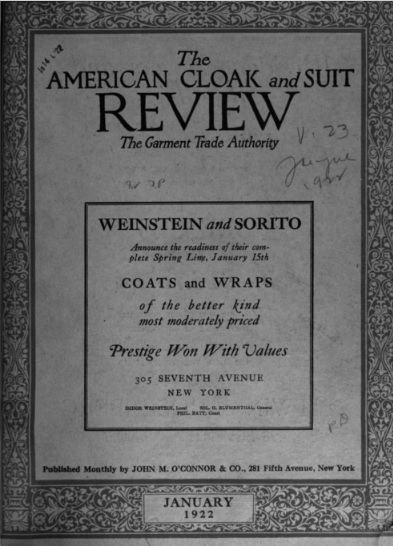 Mr. Gidding climbed from obscurity to his present position of commercial eminence. The man who owns one of the city’s finest shops was once a newspaper and theatre program vender in Scranton, Pa. The first Gidding store opened in Duluth. Cincinnati was the scene of the second opening. There are attractive and successful branches in Philadelphia and Washington, D.C., while a mid-winter establishment at Palm Beach does a brisk trade.

Mr. Gidding made it clear to all who extended felicitations to him that these should be made to include his brothers, to whose efforts, he said, a large measure of his success was due. Nathaniel Gidding is located in at the New York store, with Benjamin Gidding manager of the Cincinnati branch and Joseph Gidding in charge of the pioneer branch at Duluth.

Duluth, the City of Electric Lights