One Man, One River, Many Stories

Mike Simonson had a project planned for his retirement. That was the type of guy he was. I’d never heard him talk about retiring, and then the first time he mentions it he’s laying out a plan to produce an epic radio documentary about the St. Louis River … for fun.

I wasn’t surprised Mike had no intention of slowing down after four decades in journalism — a journey he started at the Denfeld Criterion in the mid-1970s, continued at various commercial radio stations during the 1980s, and concluded with a 24-year stint as Wisconsin Public Radio’s northwestern region correspondent at KUWS-FM in Superior. And maybe the topic of the St. Louis River shouldn’t have surprised me either. Mike lived on the river for most of his life, and routinely swam across Stryker Bay for fitness and pleasure.

Still, I was blown away by the idea. Mike had chosen documentary topics in the past that seemed broad, but by comparison were quite specific — Forever Ace: The Richard Bong Story (2012) and We Are Holding Our Own: The Sinking of the Edmund Fitzgerald (1995).

Now the St. Louis River? That’s basically the entire history of Duluth, Superior and all the communities that line the 192-mile waterway. It would take an episode to cover the geology alone. The early Anishinaabe-Ojibwe history could be a multi-part documentary by itself. The fur trade, shipping and shipbuilding, the formation of Duluth’s western neighborhoods, industries too numerous to mention, environmental degradation, cleanup efforts, revitalization, wild-rice restoration, fishing and recreation and on and on — there’s just too much story. I was in awe of the idea while flabbergasted at the notion of even Mike Simonson attempting to pull it off.

We were at the North Pole Bar that night for a gathering of the Raleigh Street Press Club. Mike was Duluth’s foremost instigator of bringing both active and retired reporters from competing entities together to discuss their craft — whether it was for the weekly radio show he produced, Final Edition, or less formally at a classic West Duluth tavern, armed with a beer and a scotch.

Although former Duluth News Tribune editor Larry Fortner was credited as the “founder, magistrate and presiding member” of the Raleigh Street Press Club, the invitation always came from Mike. He would send out an email for “all beings with ties past or present to the Fourth Estate” to convene at “Ye Olde North Pole Pub” for a period of time concluding when “Sir Fortner falls into a state of slumber.” The invite would generally conclude with a warning: “Be prepared to have your thick skin on.”

Larry had probably counted his first handful of sheep when Mike brought up his St. Louis River idea. Just about everyone had left the bar, save myself and WDIO-TV’s Jon Ellis. We had shared stories from when we all first met two decades earlier. We talked about the present and future. I should have seen the foreshadowing. 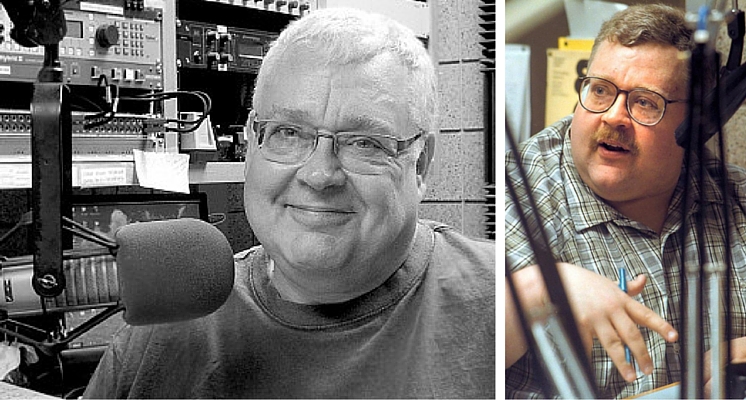 Standing in line for food during the fellowship after Mike’s funeral, I found myself once again in conversation with Jon Ellis. Duluth News Tribune reporter Mike Creger was there, too. Creger had left the press club meeting before Simonson mentioned his St. Louis River idea. I brought it up.

“No one else could do that,” I told them. “It would take an army of half the reporters in this town to produce a St. Louis River documentary.” And then we all chuckled awkwardly at the notion of such a collaboration.

Over coffee a few days later, Hatcher asked me how I thought the summit went. I thought it was fine. He asked me if I had any ideas of ways to encourage local media to work together. I mentioned the St. Louis River.

“We couldn’t have everyone collaborate on a documentary,” I said. “That would be a mess. But what if we invited all the reporters and bloggers and photographers and historians to put a special focus on the river for one month? What might happen? Would they play along? Do we dare find out?” 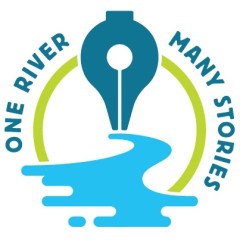 Within days, Hatcher had a grant proposal written for a project called “One River, Many Stories.” Jennifer Simonson, Mike’s widow, gave her approval to the co-opting of Mike’s idea. A few months later, the Knight Foundation Fund of the Duluth Superior Area Community Foundation pledged its support.

A host of other players took on critical roles in getting the project going. At the risk of taking my name dropping too far, I’ll mention Chris Julin, Emily Haavik and Jennifer Moore, who were there to do the heavy lifting to get things started. In December we hired a project manager, Judy Budreau, to lead the effort going forward.

Public events are being planned. Stories are being shared. The month of April 2016 will be the culmination of this grand experiment in collaborative community journalism. To check out what’s happened so far and find out how you can participate, visit onerivermn.com.

The loss of Mike Simonson will continue to be felt on many levels for years to come. We’ll never hear his St. Louis River documentary, but it’s fitting to task the whole community to the job in his absence. As great as Mike was as a journalist, his true legacy is his work as a teacher, mentor and friend. There’s an army of his protégés out there. His mark on the media landscape in the Twin Ports will be felt for generations. His quest for truth marches on.

Paul Lundgren will be the featured reader at the monthly Spoken Word Open Mic at Beaner’s Central on Thursday, Jan. 21.

It is hard to not feel a bit inadequate when a friend will schlep 4 miles for groceries when it's...