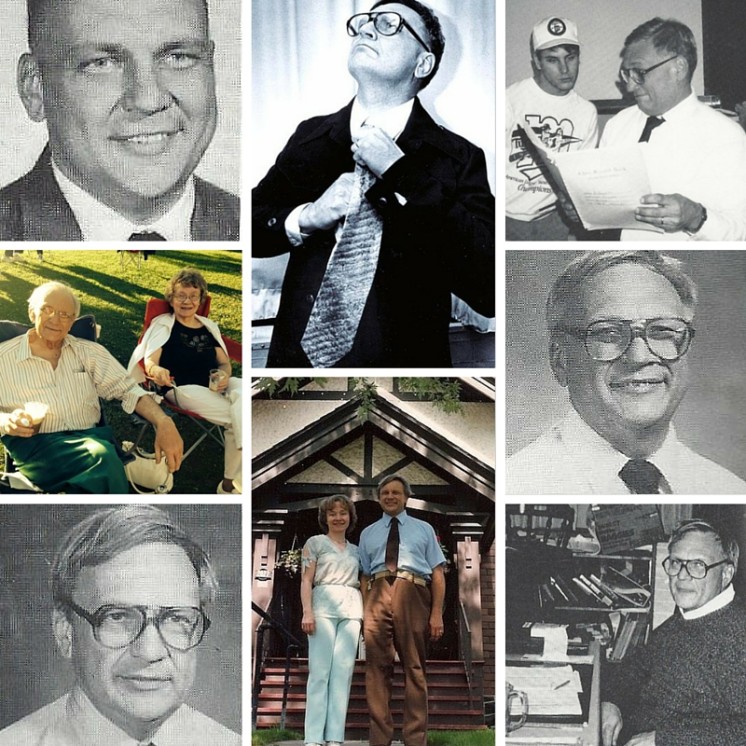 Longtime Denfeld High School economics teacher Dick Gastler died on Thursday, Oct. 15, at the age of 79. Among many great teachers at Denfeld, Mr. Gastler would have to be considered the most famous of his era. He was a ham. He broke into song all the time. He frequently digressed into stories about growing up in Chaska. He wore cheesy leisure suits, famously sporting the same one every day during a stretch of 1984 when he was raising money to fight hunger — a stunt that landed him on Good Morning America. The suit was burned when Mr. Gastler reached his fundraising goal. The ashes are still in a trophy case at the school.

When I was a student at Denfeld, 25 years ago, Mr. Gastler told one of my classmates, “I remember when I had your grandmother in my class.” It wasn’t a joke — he taught at the school for four decades.

My favorite Gastler moment was one afternoon when I left studyhall with a pass to work on the school yearbook. I was in a small room that had a darkroom connected to it for photo processing. A female student was there with me. Mr. Gastler walked by the open door and looked. He suddenly stopped, leaned inside and said, “You two should go into the dark room and see if anything develops.” And then he was off before the meaning of the pun had even set in on us.

My second-favorite Gastler moment was when I managed to get a big laugh at his expense. I forget exactly what set it up. I think a fellow student had offered him a lame excuse and Mr. Gastler said, “Do you people think I’m drunk or something?” I quickly responded by asking, “How could we possibly tell the difference?” My classmates thought that was kind of funny, but Mr. Gastler thought it was utterly hilarious. He practically fell over laughing. The guy had a great sense of humor about himself and a truly inspirational outlook on life.

To this day, when I hear a song from Oklahoma! or The Sound of Music, I think of Mr. Gastler walking through the classroom door assuring us that it is absolutely “a beautiful morning.” But it’s not just his wacky antics that stuck. I can explain the economic law of diminishing return because Mr. Gastler taught it to me. And I still remember him drawing a graph on the blackboard and beating the point through a room full of thick teenage skulls until we all understood.

Mr. Gastler is one of many teachers who bounce into my memory whenever I have to pull one of their lessons out and apply it to daily life. Kids are known to moan, “we’re never going to need to know this,” but it turns out most of those high school lessons do have practical applications, and the ghosts of teachers past stand over our shoulders to see if we can apply what we were taught.

I certainly didn’t think the Pythagorean theorem would crop up in life after high school, but I’ve actually used it several times and always think of Mr. Maida, Mr. Northey and Mr. Rigstad. When I hear the word intifada, I know what it means because of Mr. Griffin. When I commit a faux pas, which is fairly common, I at least know how to pronounce the term properly thanks to Mr. Gordon. When I hear about pork-barrel legislation, Mr. Swanson quickly comes to mind. If I see a quaking aspen tree I credit Mr. Moeller for my knowledge on the matter. I might have no idea how much depends upon a red wheelbarrow without Mrs. Wicklund. Heck, it would take me all day to put this composition together if Ms. Bryant hadn’t taught me how to type.

Those lessons and those personalities are forever tied together in my mind. The cast of characters in the Denfeld musical is long, but Dick Gastler remains the star. Economics and all the difficult lessons of life — including human mortality — could get us down if we didn’t take a moment to remember there’s an old weeping willow laughing at us.

I noticed these in the alley behind Fond-du-Luth Casino yesterday. Anyone got a pickup truck and a nice loft space?