Duluth’s “Union Block” and its Tenants 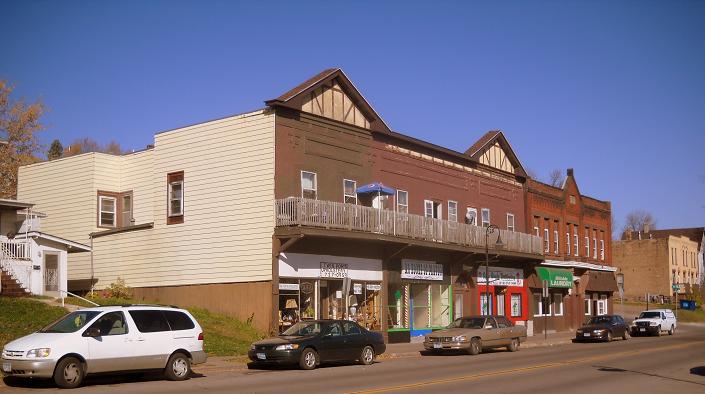 The two buildings on the corner of First Avenue West and Fourth Street are known as the “Union Block,” though that name probably hasn’t been used much in the past 50 years.

The Union Block has been owned by Franz Bier since 1998, according to city records. Michael W. Piper is the property manager and holds a lien on it. Piper and Bier both own other rental properties in Duluth.

Piper was mentioned in a Duluth News Tribune story earlier this year, “Symbiotic Slums: The cycle of problem tenants and landlords in Duluth,” which includes the following paragraph:

Piper has long been known to house problem tenants. He was the first in the city’s history to be slapped with a fine in 2004 for tenant misbehavior. And while he also has had more complaints filed against his properties in the past five years than any other private landlord – 35 – he also has defenders who say that if it weren’t for him, many of his tenants would otherwise be homeless.

Hillside Laundry has occupied the 103 slot for at least two decades. It was the scene of the fatal shooting of James Alton Peterson on July 29, 2008. Terence Leon Callender faces first-degree intentional homicide charges in the incident. His trial is set to begin Jan. 18.

The 105 storefront was infamously the home of the Hip Hop Candy Shop four years ago. Owner James Redd was arrested on Oct. 6, 2006, for criminal sexual conduct. He was sentenced to 98 months in prison. He also had multiple arrests for selling crack and possessing marijuana.

Twin Ports Upholstery has been at 109 for a while. St. Vincent de Paul Salvage held the spot for at least 20 years. There were a couple vending machine businesses before that.

The Duluth Sister Cities program is hosting a delegation from Petrozavodsk, Russia this month, including a watercolor artist named Vladimir...