Duluth News Tribune Editor Robin Washington got one thing right in his column this week: The DNT is not good at promoting itself.

Washington announced that city hall reporter Brandon Stahl has been promoted to investigative/special projects editor and noted some other staff shuffling. It’s supposed to be good news. It shows that the DNT intends to focus more on investigative journalism. That’s what readers want, right?

But in the lead paragraphs, Washington for some reason decided to take a dig at Barbara Reyelts, news manager at Northland’s NewsCenter, who has for many years been promoted as an investigative journalist.

I’m not thrilled to admit it, but if you ask people to name an investigative reporter in the Northland, they’ll probably come up with a TV person whose name sounds like “spry pelts.” 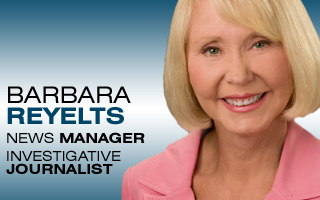 More power to her and give credit to her station for sustaining the legacy of whatever stories she broke a decade or two ago. We at the newspaper should do as well promoting our staff.

Suddenly, promoting something readers will appreciate turns into a cheap shot against the competition.

Sure, Barbara Reyelts is a big girl and can take the heat, and there’s nothing wrong with being critical of her work as an investigative journalist when she is frequently promoted as such, but in the context of trying to promote the DNT it comes off as utterly obnoxious.

It must be embarrassing to the good reporters at the DNT to be so unfortunately associated with their editor’s remarks.

Making things worse, in the middle of noting the staff changes, Washington wrote:

If you’re keeping score, that’s a net gain for the DNT newsroom, contrary to any notions about the demise of newspapers.

Yes, it is a net gain for the DNT newsroom, but not for its network of newspapers. No one new was hired. Six people at four different Forum Communications newspapers were given new assignments.

So now something that would have, and should have, seemed like good news for the paper is reduced to seeming petty and pompous.

We’re all guilty of being critics from time to time, but when telling people they suck it’s generally wise to not talk about how awesome you are at the same time. That always backfires.