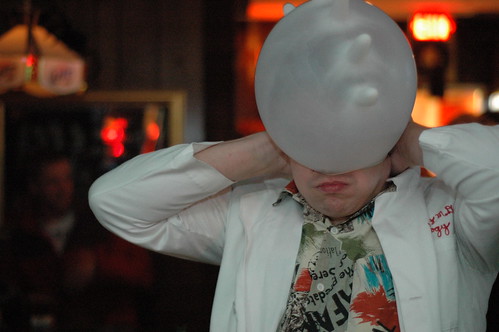 Howie Mandell (from St. Elsewhere), as seen at RT Quinlan’s on Halloween of 2008

Feel free to leave any events I’ve missed in the comments, and I’ll add them to the list. They don’t have to be in Downtown Duluth or even in Duluth at all for that matter.

Most of all, have fun, be safe, and let’s all hope the lights don’t go out again this year.

I’ll also mention the following show, even though it goes against my policy of celebrating Halloween on any day other than October 31. I’ll break that rule just because this one should prove to be awesome.

According to estimates by the Distilled Spirits Council of the United States, Minnesota could raise $10 million in tax revenues...