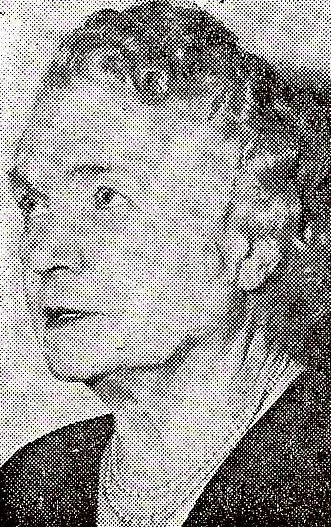 Laura MacArthur was an elementary and junior high school teacher and principal in West Duluth for over four decades.

Born in England, she came to the United States with her family at around the age of 10. She attended high school in Wooster, Ohio, and graduated from the College of Wooster.

She came to Duluth in the spring of 1896, where she was assigned to teach Latin, algebra and civics to ninth graders at Longfellow School.

When the modern Denfeld High School opened in 1926, the old Denfeld became West Junior High. It was located next to Ely Elementary School, and MacArthur was named principal of both schools. She retired in June of 1935 and was honored with a public reception at Denfeld.

She served on the board of education from 1937 to 1940. In 1944, she established a camp-ship fund to Camp Wannikiwin for a West Junior High School girl each year, and in 1945 a similar fund to Camp Miller for boys.

She served as president of the Business and Professional Women’s Club from 1921 to 1923. In 1950, the club established a scholarship fund in her name for Duluth high school graduates. In 1957, she was chosen “Woman of Achievement” by the club.

She was also an active member of the Duluth branch of the American Association of University Women, she directed the women’s residential division for the Red Cross fund drive in 1946, and she was a member of St. Luke’s Hospital’s building fund committee.

She lived at Devonshire Apartments, 1321 E. First St., and was a member of Pilgrim Congregational Church.

Laura MacArthur Elementary School was built in 1957 at 727 Central Ave. to replace the Ely and Longfellow schools. Miss MacArthur was unable to attend the dedication due to illness, but in 1959, at the age of 88, she toured the building and spent a morning talking with students.