Rachael Kilgour – “Holy Are We”

The video is by Sara Pajunen. The album is scheduled for release Feb. 1 on NewSong Recordings. Duluth’s Rachel Kilgour plays the Aster Café River Room in Minneapolis on April 8. She shared the story behind her new songs over tea and a light dinner in Uptown with Youa Vang for a story in City Pages:

Rachael Kilgour stands up for herself on ‘Rabbit in the Road’

Rachael Kilgour – “Rabbit in the Road” Rachael Kilgour performed in KUMD’s Studio A this week in support of her upcoming album, Rabbit in the Road and her Sept. 11 performance at Sacred Heart music Center. Duluth’s Rachael Kilgour was named the grand prize winner of the 2015 NewSong Contest during a music showcase and competition held Jan. 7 at Lincoln Center’s David Rubenstein Atrium in New York City. She will receive a performance slot at the 2016 Sundance Film Festival’s ASCAP Music Café in Park City, Utah, later this month; an opportunity to perform at Lincoln Center later this year; and a recording session at Echo Mountain Recording Studios in Asheville, NC, produced by Gar Ragland, NewSong Music’s executive director, for an album to be released under the NewSong Recordings label.

Kilgour also was the winner of the 2015 LEAF Newsong Contest in North Carolina and a finalist in last year’s Telluride Troubadour Competition. Noted singer-songwriter Catie Curtis is producing Kilgour’s crowd-funded album, which is set for release later this year.

Rachael Kilgour – “If I Am Gonna Fall Apart”

New song by Duluth’s Rachael Kilgour, recorded live on Sept. 10 at the World One Studios in Maryland.

Kilgour has launched a month-­long Kickstarter campaign to fund her upcoming album, which will be recorded in Boston.

The video was produced by Trent Waterman and Adeline Wright.

Rachael Kilgour – “He’ll Save Me”

Rachael Kilgour 3/6 at the Red Mug 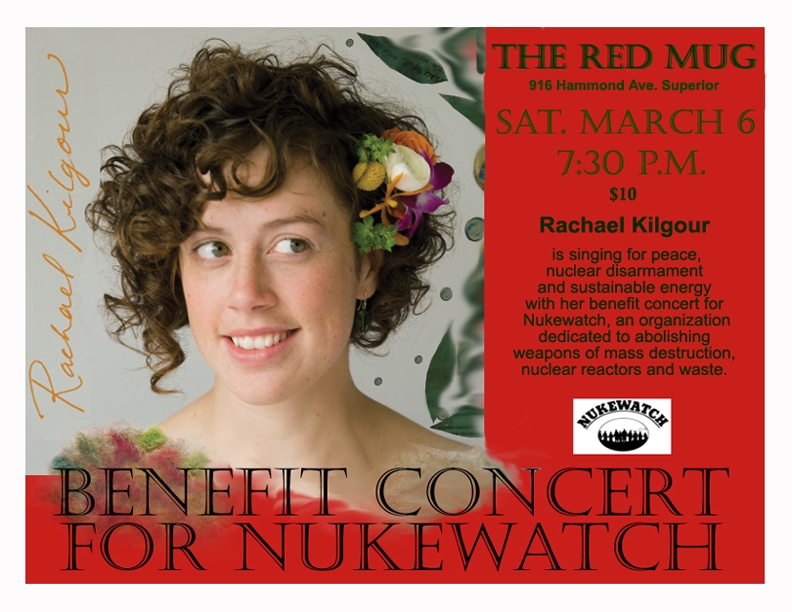