Blush nightclub to close at the end of May Hip-hop artist Tarli performing May 7 at Blush during the Homegrown Music Festival. (Photo by Paul Lundgren)

Owners of Blush, a community-based art gallery, music venue and drinking establishment, have announced it will close at the end of May. Representatives of Lark o’ the Lake Café announced on Facebook yesterday that their eatery in the Greysolon Plaza will not reopen. It has been closed since mid-March, when Minnesota restaurants were ordered to cease dine-in service as part of the Stay-at-home Order related to the COVID-19 pandemic.

The Old Town Bar and Restaurant at 2215 E. Second St. in Superior was demolished today. It had been closed since 2013.

He was, by far, our best actor working. I am so saddened by the loss. 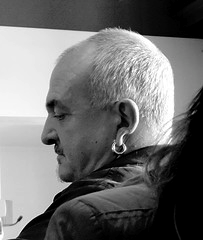 Peter Christopherson passed away peacefully in his sleep on the 24th November 2010 at his home in Bankok.

She grew up in Bagley and Savage and graduated from Burnsville high school in 1967. She was married to Richard Schmoller, and later to Michael Paymar. She moved to Duluth where she attended the College of St. Scholastica and graduated Suma Cum Laude with a Masters in business management. While in Duluth she played a critical role in the creation of several co-operatives including Whole Foods Warehouse, and Co-op and Builders & Laborers Commonwealth. She was the director of the weatherization program at Community Action Program, and later became the Director of the Program to Aid to Victims of Sexual Assault. She later moved to St. Paul and worked at Project Fast Forward in Dakota County. Later, she moved to Texas to bask in the sun and worked in several non-profit housing development organizations.

Susan will be remembered for her giving spirit, compassion, and integrity. She was smart, beautiful and strong willed. Her contributions to the world were profound. She loved traveling to Mexico and the Boundary Waters and especially loved the family cabin at Prairie Lake. In her last days her strength and compassion for others were inspirational, she passed away in Montana with sister Sharel beside her.

SERVICE: is planned for late spring according to Susan’s wishes. A memorial fund is set up in Susan’s name at Wells Fargo Bank.