Filling Up at the ‘Coldest Gas Station in America’ 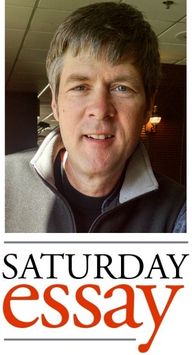 Back in January of 1997, my friend Keith and I took a drive across Wiscosota and Minnesconsin with my cousin Matt, a California beach boy searching for a real northland winter. Our road trip launched on the eve of the Green Bay Packers Super Bowl XXXIII appearance. A handmade Packer flag crafted from a pillow case was taped to the bumper of Keith’s sedan as we drove 300 miles across frozen farm fields and snow-covered forest to Title Town. The idea was to celebrate an inevitable Packer victory in the shadows of Lambeau Field.

I’ll save our tales of mischief and revelry for another time. This essay is about gas stations – very cold gas stations.

Gas is needed to get from St. Paul to Green Bay in a V-8 Chevrolet. Somewhere in the middle of Wiscosota we stopped at a convenience store and pulled up to a service island. A snowmobile was parked at an adjacent pump and its driver was filling a tank under the seat. Matt’s jaw dropped like he had just spotted Bigfoot munching on a cheeseburger.

“Whaaaaatttt????” he said, as he grabbed a cheap point-and-shoot camera and jumped out of the car. 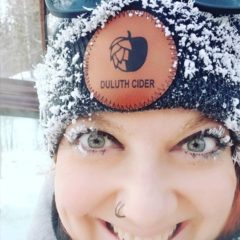 Is it true that on a very cold winter day a bus driver was assaulted by a rider? The DTA #2 bus was running late due to I-35 South being closed and traffic running slow due to icy road conditions. A rider waiting for about an hour boarded the bus and allegedly grabbed a phone-like devise and began to beat the driver. The driver was buckled in his seat and thus defenseless so other riders came to his rescue. Did this really happen in Duluth? It’s great to see the customers stepping up and helping their driver. Did anyone witness this?