Back before the pandemic, when sharing germs was cool, human beings gathered around buffets of food and troughs of alcohol. It was a simpler time.

A meme in my Facebook feed a few months back featured a blurry image of someone pouring Hawaiian Punch into a cooler with chunks of fruit floating in it. In the background of the photo were various bottles of booze. I instantly recognized what was happening; someone was mixing up a wop.

But the caption on top of the image read: “This is what a WAP was back in the day …”

A wap? As in, rhymes with snap? What the hell is that? And why is it capitalized? Is it an acronym? Wild Ass Punch?

Don’t overthink it. This awful group-cocktail-in-a-bucket idea is worthy of the poorly crafted meme that celebrates it.

In Duluth on a little booziness trip 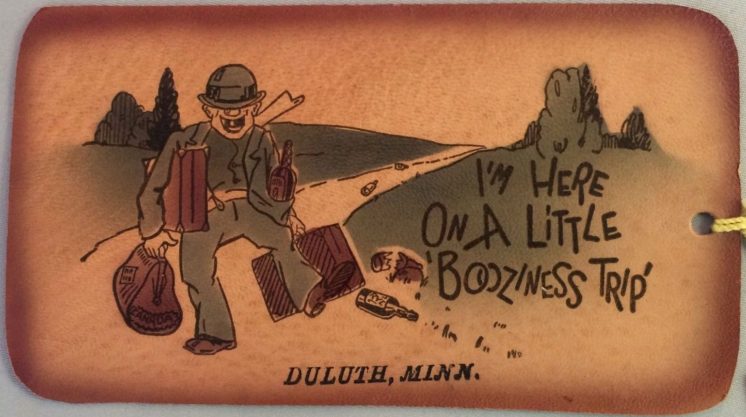 This novelty leather postcard is presumably from the era of Prohibition. 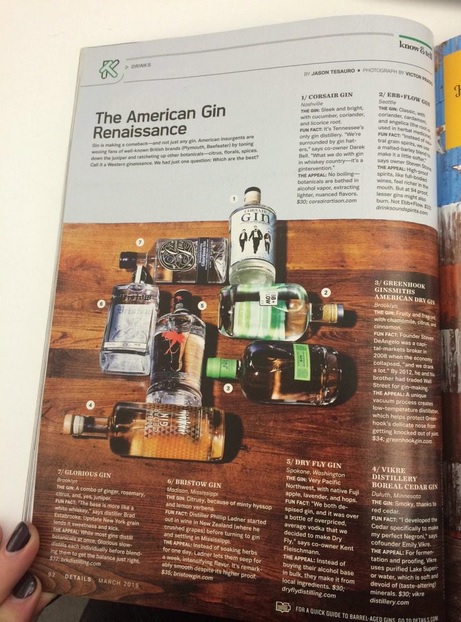 There’s an online version of the article with the more click-baitish title, “10 American-made gins that are too damn good to pass up.”

Another recent honor: Vikre’s Ovrevann Aquavit won a bronze medal in the DSS category at the American Craft Spirits Association’s Distillers Convention & Vender Trade Show in mid-February. (Through exhaustive research — you know, like ten minutes worth — PDD is now able to update this report to clarify that DSS stands for Distilled Spirits, Specialty.)

The Rustic Olive, an olive oil and balsamic vinegar bar, opened in the Paulucci Building on Dec. 8. The store doesn’t have a sign or a website, but both are coming soon. There is a Facebook page, though. The owners are Tom and Tami Thoma. They have another store in Wisconsin.

Emily and Joel Vikre are planning to open a distillery next to the Rustic Olive. What kind of “spirits” will be distilled is left vague on the Vikre Distillery website, but bourbon and gin are the words on the street. Apparently the state legislature has work to do before Vikre is allowed to offer samples.

One block away, Amazing Grace Bakery & Cafe is apparently looking to add a few intoxicating beverages to its offerings. Next week’s Duluth City Council meeting agenda includes a resolution “approving the issuance of an on sale wine license and issuing a 3.2 percent malt liquor license.”

Of course, we are morally obligated to remind you that Canal Park remains a Skateboarders GTFO area.

Superior reeks with booze and filth 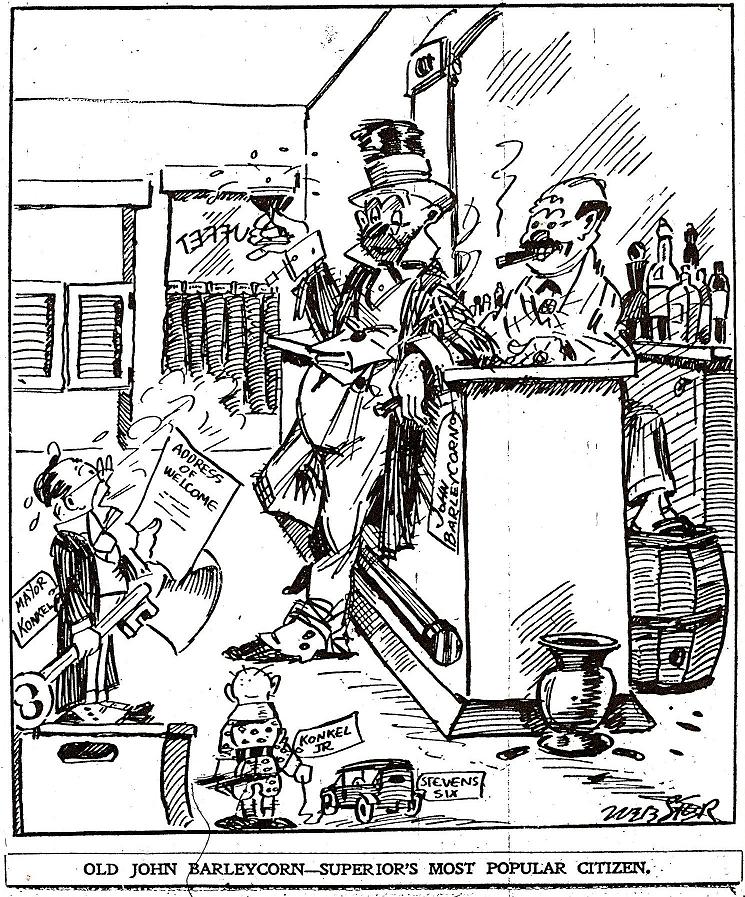 This headline and illustration are from the August 18, 1917 issue of the Duluth Rip Saw. The story is without a byline, but was no doubt written by the paper’s publisher, John L. Morrison.