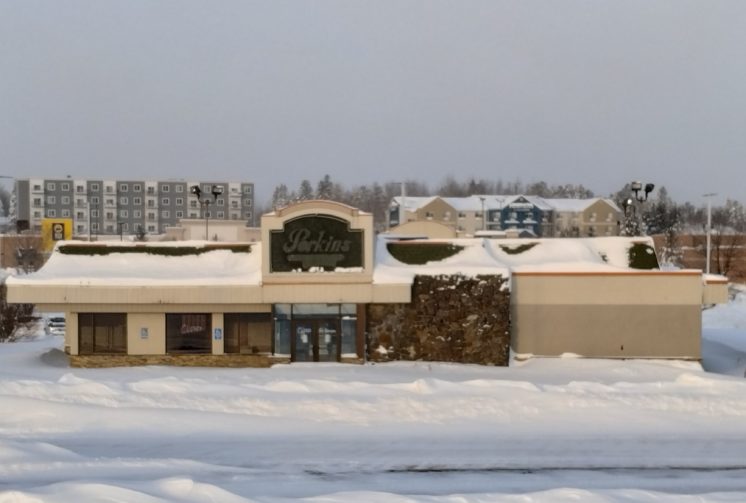 The Miller Hill Mall Perkins closed in March after 37 years of service. The national chain still operates at two other Duluth sites. (Photo by Mark Nicklawske)

Restaurants come and go all the time but some seem like they will be around forever. The Miller Hill Mall Perkins is a perfect example. The naugahyde booths, chrome-plated tables, gigantic breakfast menu and sweet pies made each visit feel like the one before — like eating in a time machine that would never end.

But then it did end.

“It’s been a hell of a 37-year run,” Flaherty said. “I think everybody’s going to be OK. Life goes on. I just hope they have good memories.”

And don’t fret, anyone in need of a Perkins fix can still visit Perkins East, 2502 London Road, or Perkins West, 4005 W. Michigan St., in Duluth.

Patrons of other notable bars, restaurants and coffee shops that closed in 2022 aren’t as lucky as Perkins fans — they were all one-of-a-kind places. 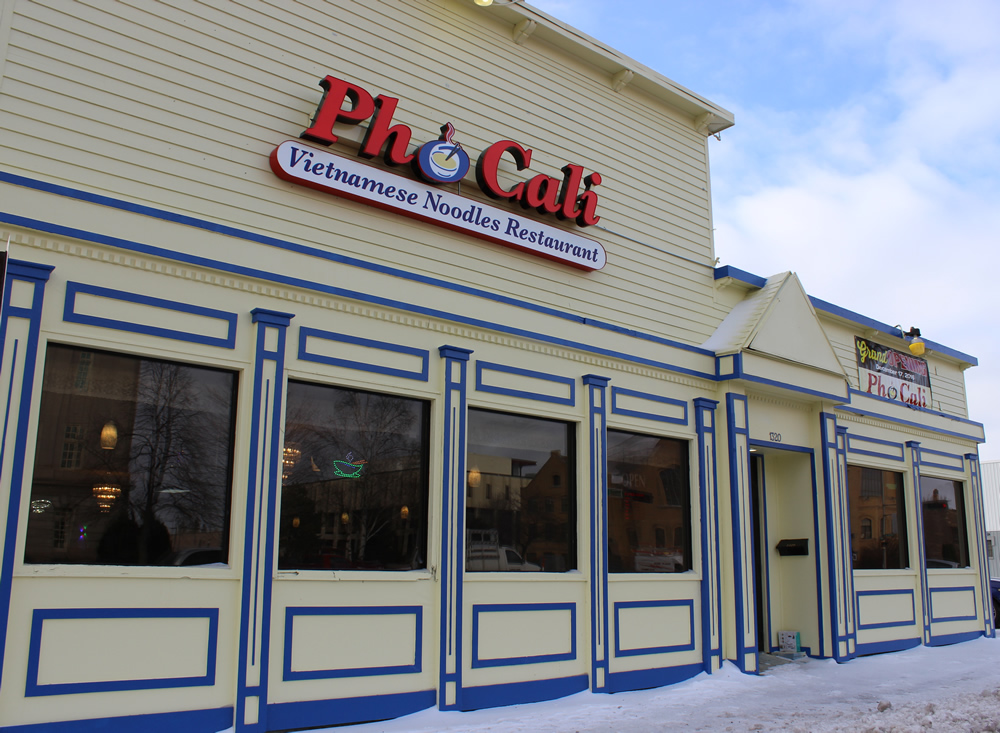 Owners Andy and Lynn Tran moved from California to the Twin Ports and brought with them the traditional soup with a west coast flare. The old Lan Chi’s space was remodeled and the restaurant started its five-year run.

A post on the restaurant’s Facebook page shortly after the closure said ownership was looking for a new location in the city of Duluth.

Lukens and Wilson said in an October Facebook post that they will continue to do some catering and hope to regroup sometime and serve the Twin Ports’ Cajun food fans again.

“This has been an amazing and fantastic learning experience, we both will continue to be chefs in the area and love what we do!” they said. “(We) appreciate everyone’s amazing feedback and will miss bringing our own special food to the northland.” 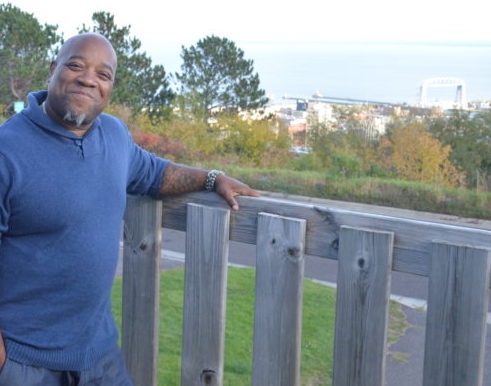 After a short run in Lincoln Park with his brother Solomon, Stephan Witherspoon reopened Doc Witherspoon’s Soul Food Shack on his own at 319 W. First St. in May of 2021. The business closed this summer after more than a year.

The restaurant and catering service featured chicken, catfish, oven-baked mac and cheese, cornbread, blackeyed peas and other southern specialties and comfort foods.
“I have never tasted a more flavorful or juicy piece of chicken in my life!” wrote one Google reviewer. “And whatever he put in that crust ought to be a trade secret! The food hit every taste bud I had.”

The restaurant’s Facebook page provided no information on the closing or future plans. Gary B. Schneider, center, celebrates his retirement with staff. Photo via Facebook

After a 12-year run in West Duluth, Gary Schneider retired and closed his eponymous restaurant at 4602 Grand Ave. on May 5.

The cozy pub featured a strong neighborhood vibe and hearty comfort food with Schneider himself serving as the head chef.

“The outstanding memories are insurmountable,” Schneider wrote on Facebook. “I’ve worked up to this time in my life and thank all of you for your support along the way.” The post received 549 likes. More than 170 people wrote their congratulations.

The restaurant is now a spinoff of the Fitger’s-based Mexico Lindo restaurant called Margarita’s Bar & Grill. The last family connection to the famed Downtown Duluth restaurants Joe Huie’s Cafe and the Chinese Lantern closed in the Central Hillside this past summer.

Owner Sheung Fai Lee, 67, of Duluth, died Jan. 27. According to the Duluth News Tribune, Sheung Fai Lee ran the restaurant for 10 years after his sister Lee Huie and her husband Ping Huie retired. Ping Huie was the nephew of Duluth restaurateur Joe Huie.

The Asian Kitchen is now open in the former Huie’s Chopsticks Inn. The Palace Bar, 1108 Tower Ave., in Superior closed after more than a year of violence and mayhem inside and outside its downtown location.

Superior Police Chief Nick Alexander filed a complaint at the May 17 city council meeting against Palace Bar ownership. He recommended against renewing the bar’s alcohol and amusement licenses for 2022.

Alexander said the Palace Bar has “been a source of repeated, continuous and ongoing calls for police service for incidents involving drunkenness and violence in recent months.” He said the police department has “documented numerous incidents of physical confrontation … including several one-on-one and large group fights that have occurred both within the bar and/or have spilled out onto the bar’s parking lot.”

Police documented numerous firearm incidents and have made arrests for disorderly conduct, fighting and battery.

The Superior Telegram reported a liquor license application for JJ’s Bar at 1108 Tower Avenue was rejected by the City Council at its Dec. 6 meeting. The Yellow Bike Coffee Shop at 5094 Miller Trunk Highway in Hermantown closed up shop in June but business will continue at its Fitger’s location.

A message on its website said plans are in the works for a new location coming soon.

“This transition will take us a little bit, but we are committed to our community and we will be back better than ever very soon,” said the message.

The Yellow Bike had operated in Hermantown for five years. Burgers were a speciality at Cousin Chuy’s, located inside Average Joe’s Pub in Superior. (File photo)

Updawg Food Truck has taken over the kitchen inside Average Joe’s. According to the Duluth News Tribune, Brian Hanley and his wife Kate purchased the business in the spring of 2021. The coffee shop was established by mother-daughter team Penny and Micki Agar in 2013.

“With a heavy heart I would like to let you all know the Mocha Moose has had to close its doors,” said a Facebook post. “What the future holds is unclear and we will take some time to assess what is next. This was not an easy decision.” Lee’s Pizza in Lincoln Park closed in the summer of 2021 as owners established a new restaurant called Ride or Die Pizza in Superior.

The restaurant reopened under new ownership in October 2021 but closed after less than a year of operation. The most recent Google review was posted in June.

For details on eating and drinking establishments that opened in 2022, read the companion piece to this story, “Many new Duluth-area restaurants kept it in the family in 2022.”

Donation amount: $ (Enter the amount of your choice.) Perfect Duluth Day will celebrate 20 years of being Duluth's Duluthiest...