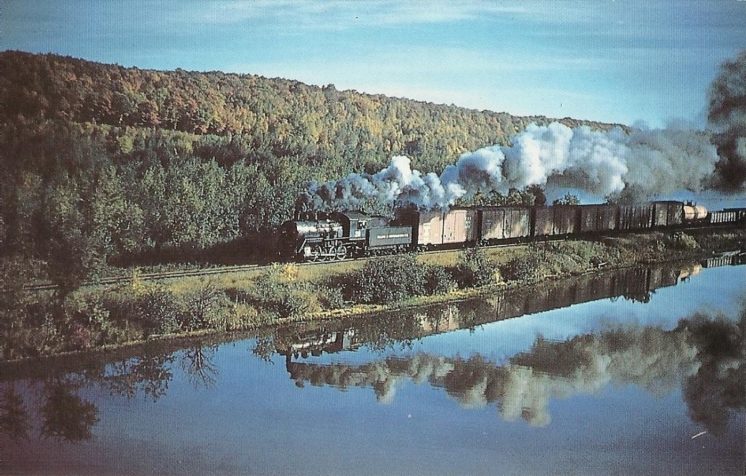 This undated postcard shows the Duluth and Northeastern Railroad #28 Steam Locomotive chugging along in Cloquet. The photo is by Walter R. Evans and the card was published by Mary Jayne’s Railroad Specialties.

The “Consolidation”-type locomotive was originally built as #332. It hauled iron ore, passengers and mixed freight on the DM&NR. It was renumbered when it was sold to the Duluth Northeastern Railroad in Cloquet. At the time it was one of the last working steam locomotives on a common carrier railroad in the United States.

D&NE #28 was donated to the Lake Superior Railroad Museum in 1974 and was eventually restored by the museum’s steam crew and volunteers, returning to service in 2017 on the North Shore Scenic Railroad, pulling tourist trains to Two Harbors from Downtown Duluth.