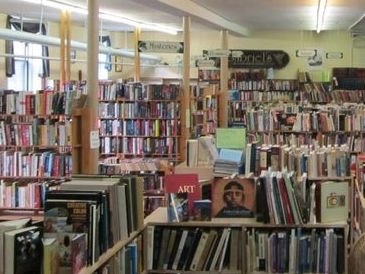 Once more through the trove of treasure from Gabriel’s Books in Lakeside. In addition to finding awesome old records and books, you should know, if you have kids: “All children, from birth to high school graduation, may pick out a book for free, each time they visit our store.” They are well-worth a visit.

Now, another folio, binder, of cool stuff albums, most of these a lot newer than the other ones. You can tell by the copyright dates, sure, but you can also tell because they are lighter — actually pressed on vinyl instead of on shellac. For decades, records were pressed on “a resin secreted by the female lac bug on trees in the forests of India and Thailand [which was] processed and sold as dry flakes and dissolved in alcohol to make liquid shellac.” Shellac records are brittle and heavy. Vinyl records are lighter and flex. Most of these were pressed on vinyl. The Limeliters is a folk band that, through many changes in membership, still tours. The Slightly Fabulous Limeliters is a live album by the trio when it was made up of Lou Gottlieb, Alex Hassilev, and Glenn Yarbrough, released in 1961.

To be honest, this music bores me, but the story behind one song is interesting.

The song “Harry Pollitt” on the album, the lyrics of which lampoon the former leader of the Communist Party of Great Britain, was heavily criticised in Marxism Today (the official journal of that party) as “sickening” and “full of the vilest insults”. (Wikipedia)

The song is also uninteresting, but the idea that there was once a magazine called “Marxism Today” fascinates me more. 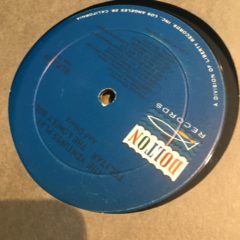 This is a cool find. This “Ventures” album is composed of cover versions of popular instrumentals from the late 1950s to early 1960s. The album went “gold,” a metric I don’t know that I hear so often anymore.

According to NPR, “the RIAA has created a new formula: 1,500 streams is now the official equivalent of ten single track sales or one album sale. (Gold status is awarded after the equivalent of 500,000 sales; platinum, on 1,000,000 sales.) Theoretically, if an artist’s single were streamed 1.5 billion times on YouTube, the whole album could be certified platinum.” The ways we assess the popularity of music have changed.

Anyway, I love instrumentals. Easier to read with them. 🙂 There is very little online about Miguel Dias/Diaz. So here is just a bit about Mariachi from Wiki —

Mariachi is a genre of regional Mexican music that dates back to at least the 18th century, evolving over time in the countryside of various regions of western Mexico. The usual mariachi group today consists of as many as eight violins, two trumpets and at least one guitar, including a high-pitched vihuela and an acoustic bass guitar called a guitarrón, and all players taking turns singing lead and doing backup vocals…. Most song lyrics are about machismo, love, betrayal, death, politics, revolutionary heroes and country life.

In 2011, UNESCO recognized mariachi as an Intangible Cultural Heritage, joining six other entries on the Mexican list of that category.

The following video is of a different edition, I think, of this album. Very little online about this LP either. I do wonder whether the Ruben Guevara in the Caballeros is the same one in Ruben & the Jets. Here’s a link to the Spotify for this album. 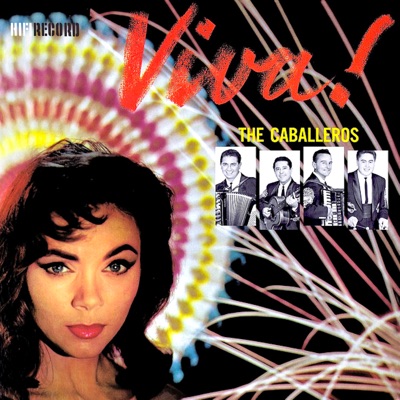 So classical music and folk, bound together in a record that came in the mail. According to Discogs, Young People’s Records was a

children’s record label that was founded in 1946 by Horace Grenell. It was managed by Grenell and Lester Troob, and it’s main function was as a mail-order subscription club (“Young People’s Record Club”). YPR made records from 1946-1957; they were pressed on vinyl (not shellac).

For more on YPR, visit this book.

This disc is unimpressive to me except for the song by Tom Glazer, creator of one of the greatest children’s songs of all time, linked below. 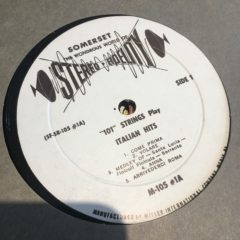 Oh man, this is the kind of record I would have found in my mom’s stash as a kid.

101 Strings Orchestra was a brand for a highly successful easy listening symphonic music organization, with a discography exceeding 150 albums and a creative lifetime of around 30 years beginning in 1957. 101 Strings had a trademark sound, focusing on melody with a laid-back ambiance most often featuring strings… The 101 Strings orchestra included 124 string instruments, and was conducted by Wilhelm Stephan… In the 24 years of their existence, 101 Strings sold over 50,000,000 records worldwide.

Easy listening, the wallpaper of music.

There were another ten records in this binder, but given (a) their relatively later vintage than the ones in other binders and (b) their kind of “generic pop music, or covers of pop music” vibe, I’m going to guess that this set was owned by someone who basically siphoned pop music into their house as a way to entertain family and kids. The midcentury version of Pandora or Spotify?

Bits of Bly: The Sibling Society

https://www.youtube.com/watch?v=8QgXI9Oo5H8 Poet and social critic Robert Bly, who penned many of his works from a cabin on Moosehead Lake about...