“Bob Dylan got away with murder.” —John Lennon

October 1960. Nineteen-year-old Bob Dylan takes the bus from Minneapolis to Duluth under a cloudless sun. With a head full of songs, he steps off the Greyhound carrying a backpack and two guitar cases. One case has a sticker saying “Ten O’clock Scholar Coffeehouse.” The other has blue words painted on it, “the Tombstone Blues.” A cab drops him at the Kozy, a desolate shithole even then. He rents a room. Placing the backpack and Ten O’clock Scholar on the bed, he leaves with the Tombstone Blues.

Bob walks a few blocks to his childhood home in the faded warmth of dim memories. Then he heads toward the Owls Club. He tries not to look at St. Mary’s Hospital, where he was born, as if he holds a grudge. Entering the club he walks past the bar to the pool room. Cigar smoke fills the air. He is greeted by the Scaletta family: Louie the King, Frankie Mineshaft, Mack the Finger, and Sammy Gaspipe. Several other made men and tough guys haunt the shadows. The King shakes his hand. “Good to see you, Bobby. After this, your debt is paid. But it’s too bad we gotta lose you. Sure we can’t convince you…?” Bob feels the menace of the question but he knows the King respects him — and maybe even fears him a little bit. “No thanks Louie, I got something else in mind for myself.” “Well I tell ya kid, it’s been a pleasure to watch you work.”

Bob loves the man they tell him to kill: Eels Fratelli. Eels taught Bob to be a shooter in the first place, in the mean streets of Hibbing three years ago. The Scalettas know that fact and it has the ring of poetry to them.

But they don’t know Eels taught Bob the way of Cosa Nostra, learning him about the honor and dignity of the life, and of the death. Bob could never be a made guy — his father was not Italian. But Eels made him anyway in a private ceremony at 17 years old. On an uneventful morning, shooting tin cans with a sawed-off shotgun, Eels said, “I don’t care if you’re a Jew. Meyer Lansky and the original mob guys were Jews, and they taught the Eye-talians everything.” Then Eels asked, “Do you want to be a part of this secret society, even if it’s Alcatraz to the fifth power?” Bob said yes. “Which is your trigger finger?” Bob indicated his right index. Eels pricked it with a stiletto. Then he produced a picture of Saint Anthony, the patron saint of gravediggers, from his wallet. He rubbed Bob’s bloody fingertip on Saint Anthony’s face, lit the picture with his cigarette lighter. He put the burning saint in Bob’s hand. “Bounce it back and forth in your hands so it don’t burn you. Do you swear to keep Cosa Nostra’s secrets or burn in hell like this saint?” Bob said yes. The picture was now ash. “Crush the ash.” Bob did so. “You’re now a friend of ours. But don’t tell the Scalettas — you’re my guy.” Eels hugged him, kissed him on both cheeks. It was the best day of Bob’s life.

Now on the Owls Club balcony, the King tells him Eels broke the rules — “He’s been making guys on his own; Fat Tommy Russo too. They been printing counterfeit gangsters! A mob within the mob — it’s the death penalty. You wouldn’t know anything about that, would ya, Bobby…? Seen him lately…?”

Bob: “Do you take me for such a fool, to think I’d make contact with the one who tries to hide what he don’t know to begin with?”

“Good. Listen: Eels and Fat Tommy take a fishing boat on the big lake once a month to discuss business. Eels feels safe there — his crew guards the marina. They’ll be on the water by three o’clock.” Bob: “I’ll need access to the clock tower.” “The janitor is with us, he’ll let you in and make sure no one interrupts you.”

Within the hour, the janitor lets him into Central High School. “Thanks, old-timer,” Bob says. The janitor hands him a pair of ear plugs. “You’ll need these.” He takes Bob up the graffiti-scrawled stairwell, leaving him in the open chamber of bells above the monstrous clock faces.

At a quarter to three, Bob opens the Tombstone Blues. Inside is a black Savage 10FP sniper rifle.

The bells toll as Bob screws on the silencer. The gun’s internal clip holds four match-grade rounds. He adjusts the accutrigger to its lowest setting — now he could fire by blowing on it. Lying on his belly between the pillars, he uses a stiletto (a gift from Eels) to cut a hole in the wire mesh that keeps the birds out. He stabilizes the rifle on the bipod, and flips up the scope cover. The cheekpad presses comfortably to his head like a friendly hand. The heavy weight of the free-floating barrel holds steady and still. Songs in his head as always, the pistol grip welcomes him as he sights. “Where do you want this killing done? Out on Highway 61…”

An icy Northeast breeze feathers the water. Distance is beyond the rifle’s range of 1000 meters — he’s going to have to lob the bullets — shooting in an arc instead of a straight line. He adjusts the scope. The air is clear and bright. With the naked eye, he can make out the trees in Wisconsin awash in fall colors. It’s one of those days where he feels he can see every leaf.

The bells toll three. The fishing boat motors onto the lake from the mouth of the canal. Laughing, Eels and Fat Tommy light cigars.

Bob squeezes the trigger. He lifts the bolt upward and back, ejecting the shell. He squeezes the trigger again — he has two bullets in the air at the same time, a hard rain. Round one hits Eels in the head. Round two hits him in the stomach — perforating the abdomen makes sure the body will sink; the buildup of gasses will not occur, keeping it submerged like a secret. Eels taught him that. Bob thinks, “You’ve got a lot of nerve to say you are my friend.”

He repeats the sequence with Fat Tommy who barely apprehends it’s a hit before his brains exit the far side of his head. The cigar falls from his mouth. His abdomen perforates a split-second later. The cigar lands on the deck now slick with blood and gray matter. “The rifleman’s stalking the sick and the lame…”

Reloading, Bob holes the boat just below the waterline. It begins to list. Soon it will join the wreck of the Wilson 70 feet down in the unforgiving current. The Tombstone Blues accepts the rifle again. The lift bridge operator sees the listing boat and reports it to the Coast Guard and the Sheriff. They scramble rescue craft but by the time they get there, the sea has swallowed it.

Bob picks up his stuff at the Kozy, takes a cab to the Greyhound station, and boards a bus to New York City. He has a gig opening for John Lee Hooker at Gerde’s Folk City. Bob trades his bullets for words, finding their targets in ice-cold assassinations. As the bus leaves Duluth, he thinks, “I’m never coming back here … I hate this fucking town.” 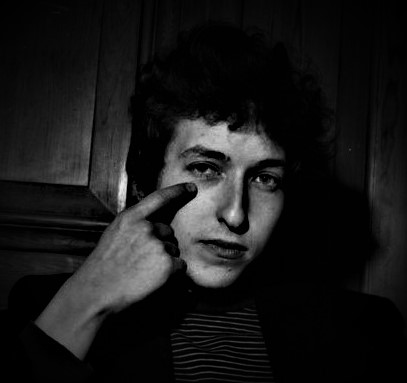 An index of Jim Richardson’s essays can be found here.

https://www.youtube.com/watch?v=DGHPeS1NU_c Time once again to look back on the previous month's wheeled-sneaker stunts with former Duluthian James Geisler, also known...