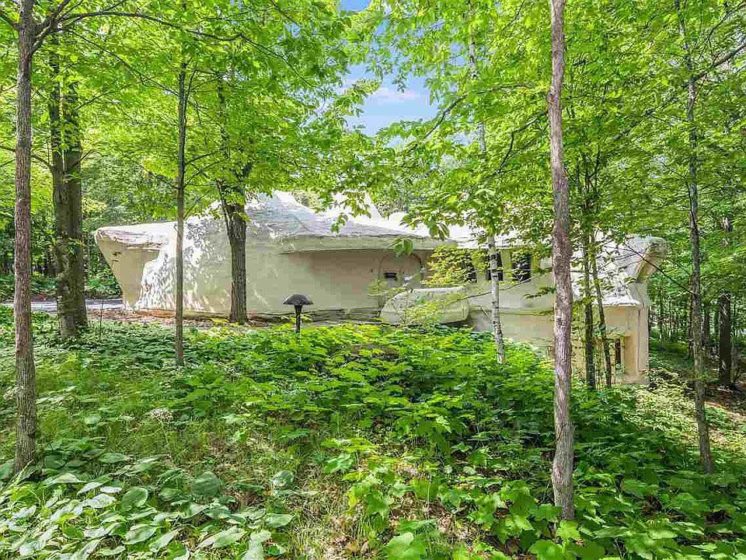 The “Mushroom House” near the University of Minnesota Duluth is for sale. (All photos via realtor.com)

When it comes to houses, Duluth is noted for the grand, turn-of-the-century mansions clinging to the Lake Superior shoreline or more modern places with stunning hilltop views but there are unique gems sprinkled throughout the city and one of them is on the market.

“The Mushroom House,” located at 1401 Mississippi Ave., just northwest of the University of Minnesota Duluth campus, was listed for sale Aug. 9. The five-bedroom, three-bath home was built in 1971 in a striking triple-dome shape that seems to grow out of its wooded, half-acre lot. The listed price is $279,900. 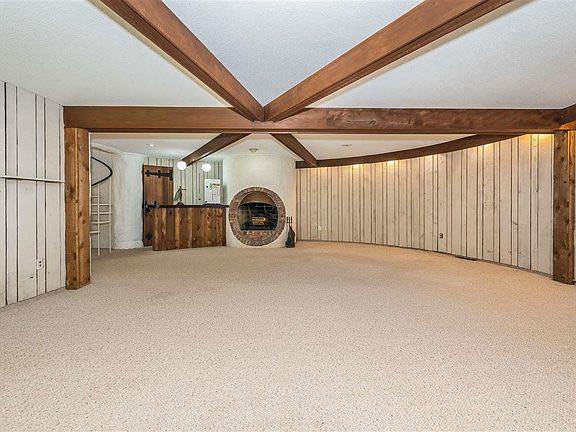 Owned by Doreen and John “JP” Jackson, the house was designed by Colorado architect Stan Nord Connolly and built by Duluth developer George Hovland. The Jacksons raised three children on the property and later split time between their Duluth home and Florida. Doreen Jackson died in 2014 and JP Jackson, founder of the Suns of Britches clothing store chain, died in March.

Jay Jackson grew up in the house. He said his parents were friends with Hovland, heard about the project and decided to buy it before an ounce of foam was even poured. 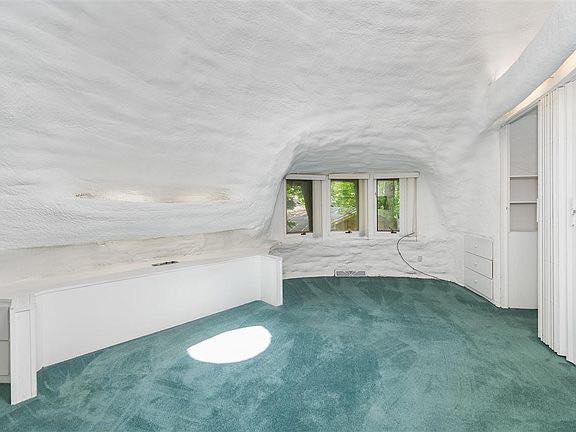 “George happened to talk to my folks about the house and my folks were very artsy and before it was even built my folks ended up buying it,” he said. “It was unusual. My mom was very artsy and it just appealed to her … they loved it.”

The house was constructed on a traditional cement foundation. Builders inflated three large balloons and covered them with layer upon layer of polyurethane foam. When the thick foam walls hardened the balloons were removed and the building produced 3,000-square-feet of living space plus a two-car garage. The inside of the house was finished with bedrooms, bathrooms, a kitchen and other standard amenities.

Hovland built another foam home in Pike Lake but it is no longer standing, said Jackson. The Mushroom House — as it is known in Duluth — was a hit with the family and curiosity in the neighborhood. While the building looked unusual on the outside and featured odd-shaped rooms, Jackson said the house functioned like any split-level, colonial or bungalow.

“There was nothing different about it,” he said. “You get used to it — there were no corners — other than that it was cool. It was fun.” Friends thought the house was weird, said Jackson, but when invited inside they could see it wasn’t a whole lot different from other houses. “Once they came inside, you know, it was all right,” he said. “On the outside it looked like the Flintstones.”

The domed rooflines, stalagmite-shaped chimney and Bat Cave-style garage drew so many curious visitors that the family had to place “no trespassing” signs on the property. The house sits off Mississippi Avenue on a large wooded lot with no front lawn and is part of a Kenwood neighborhood that features standard suburban homes built in the 1960s and 1970s. 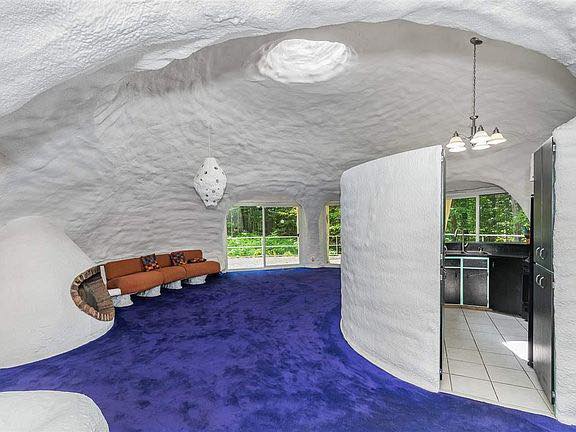 Dome-style houses started to grow in popularity across the United States in the late 1960s, according to a 1971 New York Times article. The alternative construction style was affordable, spacious and provided an unusual visual look. But a mid-70s spike in oil prices — an essential foam ingredient — helped end the trend, said Jackson.

Real Estate Agent Loren Johnston said the house would be an excellent fit for anyone seeking a distinctive place to live. He said the house has had several showings and he expects several offers. 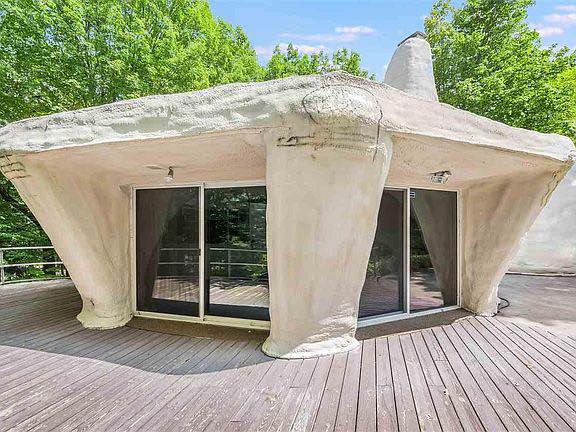 “It will appeal to anybody who likes creative architecture and unique living,” he said. “That’s really what it is. It encompasses very creative domelike features inside, even the lower level has arched walls and radius features.”

Johnston said dome homes may appeal to a smaller sector of people but those who do enjoy their design have a strong attachment.

Jackson agreed. He said the house was a perfect spot for his parents and will make an excellent home for anyone who appreciates a historic, solid and unique living space. 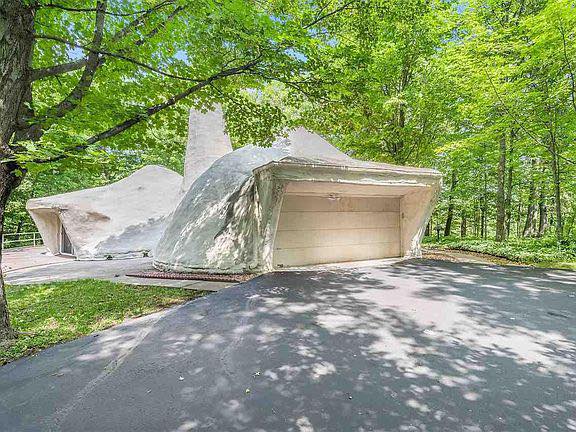 Terry Carnation, fresh off the boat from Duluth

https://www.youtube.com/watch?v=nnQrpTFxStU The podcast Dark Air with Terry Carnation dropped a reference to Duluth in episode 9, titled "The Haunting of...