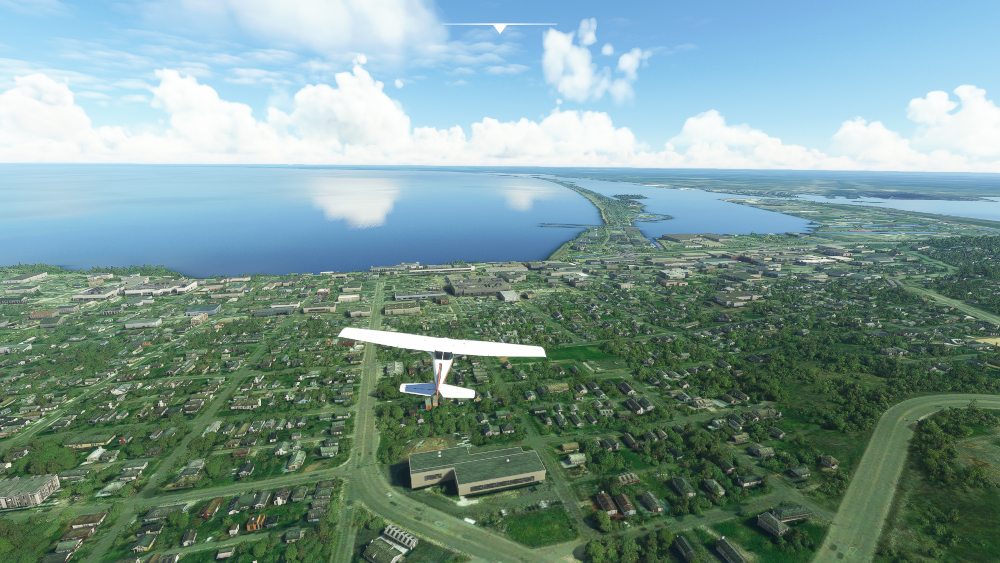 Microsoft’s Flight Simulator came out on the Xbox last week and allows players to fly anywhere in the world, including Duluth. It combines information from Bing maps with an algorithm that builds 3D representations of the landscape, creating shapes and textures when data is missing or incomplete.

The video below shows a simulated flight over Park Point.

The program also lets you stop the airplane in mid-air and use a free floating virtual camera to take pictures. You can use real-time time and weather data or change the season, time of day, and weather conditions. The screenshots below show some of the strengths and weaknesses of the program’s simulated version of Duluth.

The simulator does roads quite well, showing the can of worms as being just as confusing as it is in real life. 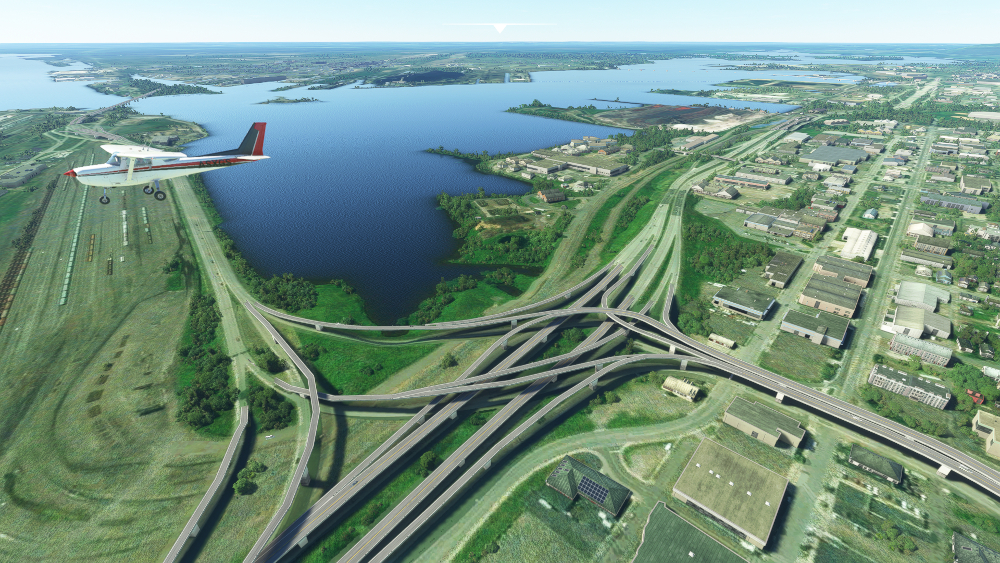 Specific buildings, however, don’t have quite the same level of accuracy. In front of the airplane wings in the image below, you can see, from left to right, the civic center complex, the Radisson Hotel, the Duluth Public Library, and the Depot. All of them are generally recognizable, but the architecture is more than a bit off. The program can handle some complex building shapes. UMD is very recognizable as UMD.Griggs Field, however, must not be right because I can’t imagine Bulldogs fans would allow half the playing area to be filled with army-style barracks. The much less aptly rendered College of St. Scholastica seems to have undertaken a similar construction project on their sports field. Some mistakes I enjoy a bit. For example, I like that the simulated version of Chester Creek gets to be a real river. You can see the 8th street bridge on the top left of the image. Other rendering issues are somewhat less forgivable. But I suppose there is some value in seeing what Duluth would look like without the lift bridge if only as a reminder of how much better the city is with it. Even without the lift bridge, with a few adjustments to the weather it’s possible to create a simulated version of Duluth that feels very familiar. And there is something to be said for being able to fly over Duluth into a perpetual virtual sunrise, although it doesn’t really compare to the real one. It’s just not the same without that bridge. 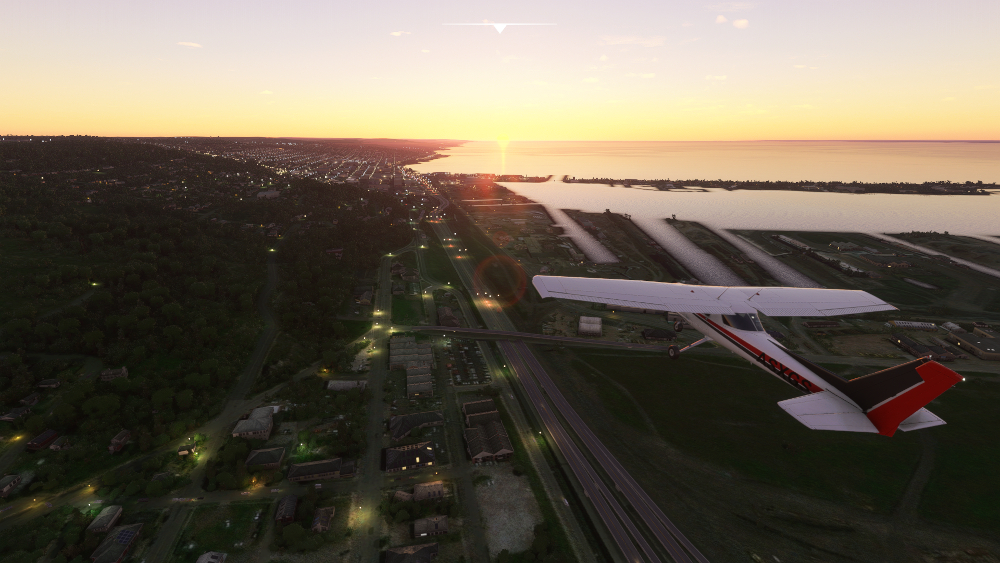 Videos References to Duluth in Film/TV or Other Media, Video Games, Weird

https://www.youtube.com/watch?v=1cyn968sVq8 Hermantown's Rafe Carlson has a debut single out titled "Lost and Found." He was profiled on WDIO-TV yesterday.