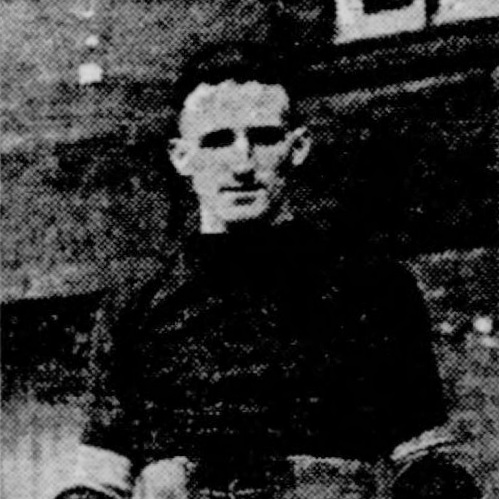 Russell G. Method, a running back from West Duluth who went on to play in the National Football League for six seasons, appears on the sports page of the Duluth Herald 100 years ago today — July 29, 1921. The caption notes he had signed to play “with the K. C. gridiron squad” that fall.

It’s not clear what “K. C.” stood for during the barnstorming days of pro football.

Method’s early pro career included a season with the West Duluth team in 1916 and the Duluth city team later that year, after the West Duluth team disbanded. Newspaper accounts seem to indicate he played for the U.S. Army circa 1918, but with World War I still happening there wasn’t likely to have been much of a season. Method returned to the Duluth city team in the fall of 1919. He was also employed by U.S. Steel Duluth Works at the time. He played for the Kelley-Duluth team in 1922, the year before it joined the NFL.

Method’s NFL career begins in 1923 with Kelley-Duluth, according to Pro Football Reference. The team changed it’s name to the Eskimos in 1926. Method’s last year with the team was 1927. He played one more NFL season in 1929 with the Chicago Cardinals.

Method died in Two Harbors in 1971, according to Wikipedia.

RUSSELL METHOD.
Here’s Russell Method, crack local backfield man, who has been signed to play with the K. C. gridiron squad this fall. Method is considered bv many local sports followers to be the equal of any football player in the state. Rutledge, former Ames star, is scheduled to coach the team.

Former Duluthian and professional violist Jonas Benson is back in town to solo with the Northshore Philharmonic Orchestra. Jonas will...