Geoguessr is a website that features variations on a rather simple game: you are shown a location through a modified version of Google Streetview. You must guess where you are by marking the location on a map. The labels and location marker normally added by Google have been removed, so you must rely on a compass and clues from the environment. The closer your guess is to the correct location, the more points you get. Each game consists of five rounds. The tops scores appear on the main page for each map, with a tie going to the player who finishes the fastest.

The game is free to play after making an account, but the free desktop version only allows you to play one map per day and limits other features to encourage people to purchase a membership.

The most basic mode places you at random anywhere in the world, but players can make their own maps based on a particular theme or defined by a particular location (for example, Where in the World is This Taco Bell? or Venice). Several maps on Geoguessr are specific to Duluth and Northern Minnesota. The most popular is simply called Duluth and you guess the location of Streetview images within the city limits.

With a membership you can make your own maps and I made a few that expand on the original Duluth one. These include … Lake Superior North Shore from Duluth to Thunder Bay
This map includes a limited number of selected locations so that a building or landmark is visible in each round. 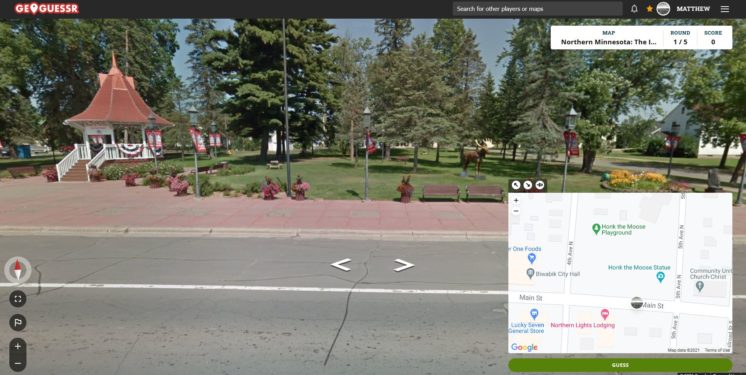 Twin Ports Bars (Duluth/Superior)
This map includes existing bars and some that only live on in Streetview. Duluth, MN: 100 places to visit
This map consists of well known and sometimes lesser known locations around the city and includes many 360 degree photos, some from inside buildings.

Making a new map based on a theme or location is a pretty easy, so if anyone has any suggestions for something they would like to see (or wants anything added to any of the above maps), just let me know in the comments.

In honor of Valentine's Day (and this quiz writer's 100th PDD quiz), we'll take a deep dive into an oft-covered...