Postcard from Duluth’s Hillside in 1950 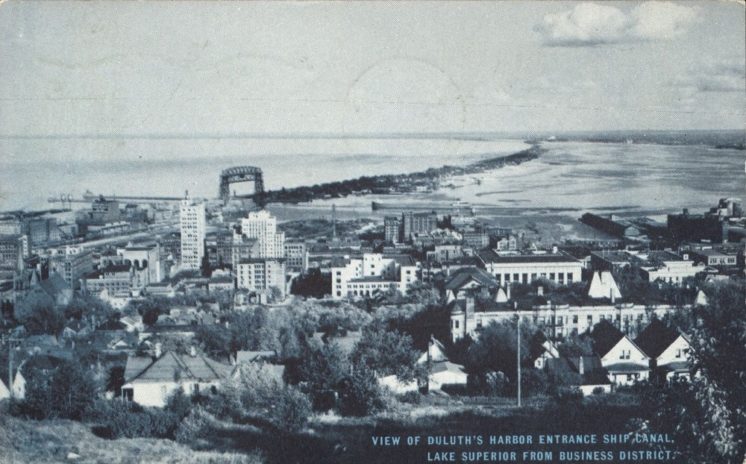 This postcard was mailed Aug. 2, 1950 — 70 years ago today. It features a view of Duluth’s harbor entrance, ship canal, Lake Superior and the Downtown business district.

The card was mailed from Pine River, Minn. by a couple with the names Henry and Elsie to Mrs. Theresa Cole of St. Louis, Mo. The message on the back reads:

My we’ve really been sleeping under covers. It rained part of the day but cleared up nicely. Had a fish fry tonite. 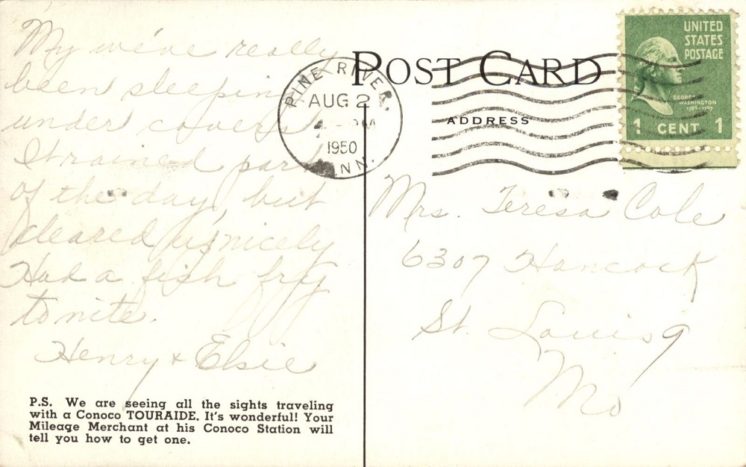 The card appears to have been published or sponsored by Conoco Touraide, which was a popular road atlas at the time.