COVID-19 kept the Mighty Thomas Carnival from making its annual summer appearance in Duluth. Instead, we get our Ferris wheel kicks from the photo archive. This image is from a 1941 magazine that credits the photograph to J. C. Brockway of the Duluth Herald and News Tribune. The caption reads: “High Jinks! Fun on a Giant Ferris Wheel at Duluth, Minnesota.” It’s not known what magazine this came from, but the header at the top of the page reads “The American Scene,” which could be a magazine name or could be the name of a feature in a magazine. The page number is 243. 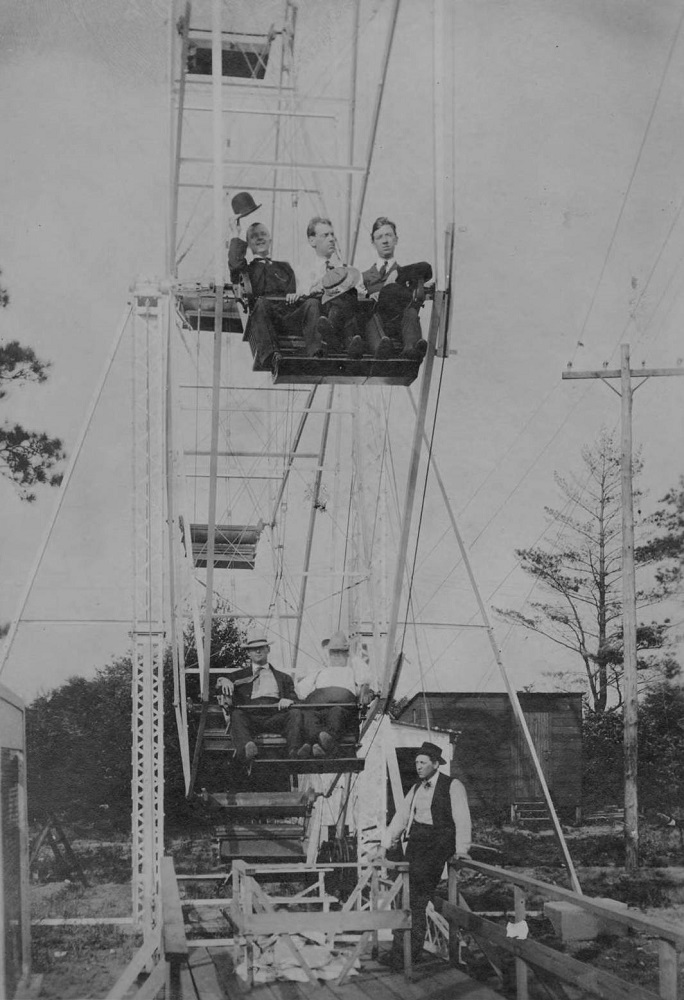 The Northeast Minnesota Historical Collections at UMD’s Kathryn A. Martin Library dates this image as circa “1906-1909” and credits it to Duluth Photo Company. The description reads: “Men are seated on a Ferris wheel. The operator is standing at the switch.”

The Ferris Wheel must be from White City Amusement Park, which operated on the 3900 block of Minnesota Avenue from 1906 to 1908.

https://www.youtube.com/watch?v=HlTPlwP3JYo Caden Dudek, vocalist of the Duluth band Torment, has been recovering from a March 1 incident in which he...