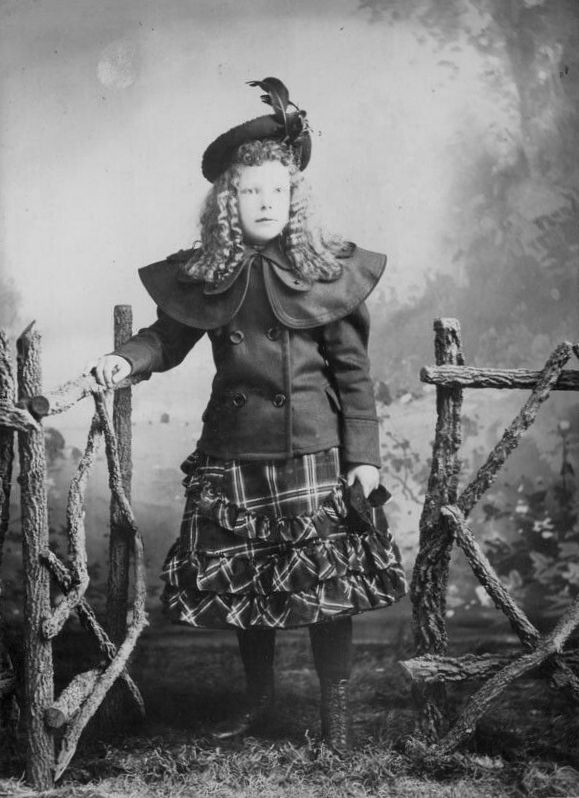 What’s the deal with this curly haired lass? Was she a Duluthian? That address is the present day home of R.E. Michel Company, a wholesale distributor of heating, ventilation and air conditioning equipment with 270 locations nationwide. It’s not clear if the building that housed Jobson’s studio is still there. The present-day structure is listed as built in 1905 by the county assessor’s office, but it appears to be a hodgepodge of old buildings that were combined over the years. Jobson is listed in the 1895 census as a 27-year-old photographer; in later censuses he is a teamster, elevator watchman, etc. Birthplace: Iowa. He apparently worked with the Banks Brothers photography studio (James G. and William R. Banks) at the 19 20th Ave. W. location circa 1894 to 1897. Jobson and numerous members of the Banks family are listed as living at 2009 W. Superior St. in 1895 census. That location is the former Carr’s Hobby; a different building was there in 1895.

In 1897 Jobson married a nice Presbyterian girl ten years his junior. She lived in a now-gone home at 711 Garfield Avenue with her parents and siblings before that, and by 1905 they had two children, Ralph and Ethel, and were living at 2109 W. Fifth St. Later they resided at various places. She lived until at least 1940.

Minnesota All Hockey Hair Team 2020: The Flow Must Go On

https://www.youtube.com/watch?v=VuDeBAYhKO0 Like a great hair band, John King keeps on goin' with another edition of the Minnesota All Hockey Hair...