Postcard from a parade on Superior Street in 1909 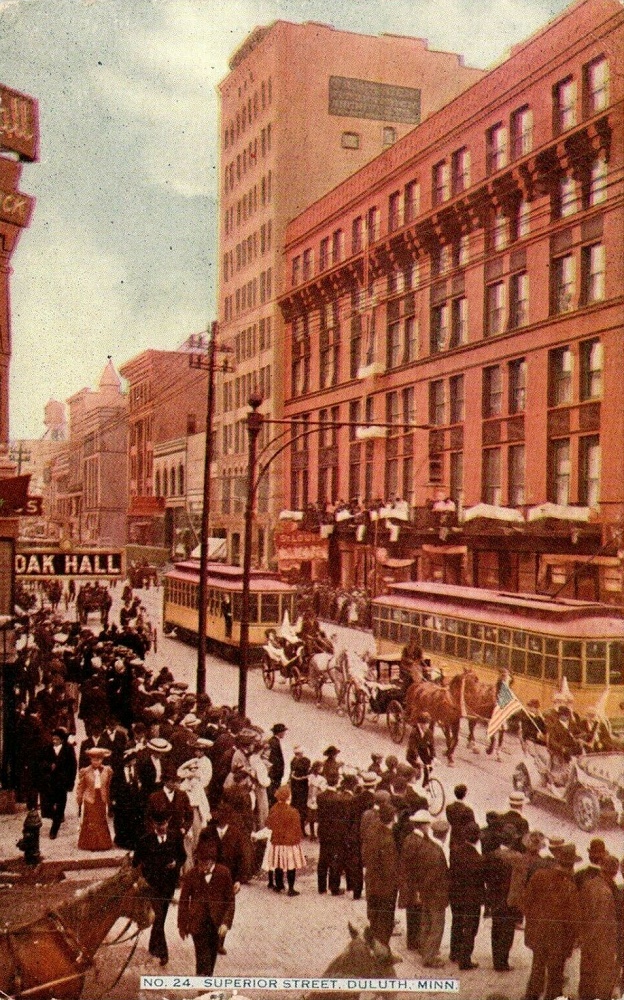 This postcard was mailed 110 years ago today — Nov. 23, 1909. It depicts a scene on the 300 block of West Superior Street in Downtown Duluth that appears to be a Fourth of July parade.

The names of the sender and recipient are a little difficult to read, but the message on the back is: “Sis, the city is 100,000. This is a good picture of the main st.” TV pilot for “The Dealership” set at Kari Toyota in Superior