The 2019 Golden Gophers football team is undefeated and ranked No. 7 by the Associated Press. It’s the highest the team has been ranked since it was No. 5 on Nov. 19, 1962. Dating back to last season, the Gophers have won 11 straight games, tied for the third-longest winning streak in the nation. The 9-0 record this season is the team’s best record since the 1904 squad went 13-0.

A look at the 1904 team, which was considered the national champion, produces guffaws at how the college football landscape has changed and how ridiculously overmatched Minnesota’s opponents were. The team played only two road games, at Iowa and Northwestern, and pummelled opponents in nearly every game. The record hit 9-0 against Nebraska, a 16-12 squeaker. Those 12 points were the only points scored against the Gophers.

Note that a first down back then was three tries to gain five yards. Weird. And no forward passing. And touchdowns were only five points, which makes the season scores even more ridiculous. 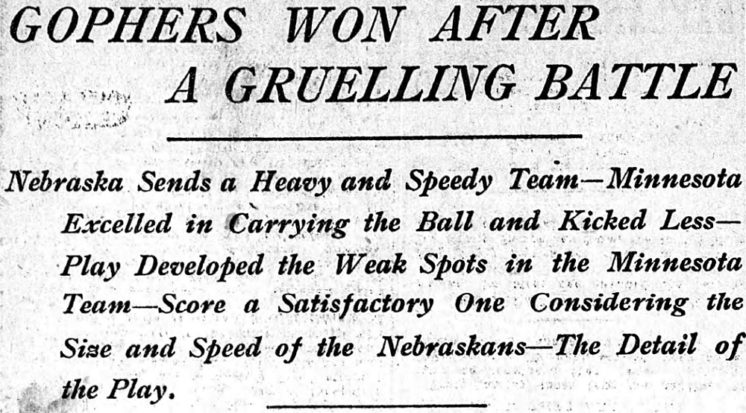 I went to the Day of the Dead / All Souls event at the Depot Underground on Friday. The theme...