Postcards from the Buena Vista Motel This postcard of the Buena Vista Motel was published by Gallagher’s Studio of Photography and appears to be circa the early 1970s. The postcard above is also from Gallagher’s Studio and has a 1962 postmark on the back, with a similar description.

Another post on Perfect Duluth Day shows off “Postcards from the Sky Room Restaurant at the Buena Vista.” As explained in that post:

The Buena Vista Motel and its lounge and restaurant opened in 1962. Mr. & Mrs. Jerome J. LaPlante were the original owners. Bob Magie, Bob Nylen and Jerry Strum bought it in 1986 and oversaw a remodel in 1995. They operated the business for nearly 20 years before selling in 2005 to developer Tim Wiklund, who demolished the structure to create the 45-unit Superior Vista condominium complex.

Below are a few other random Buena Vista postcards. 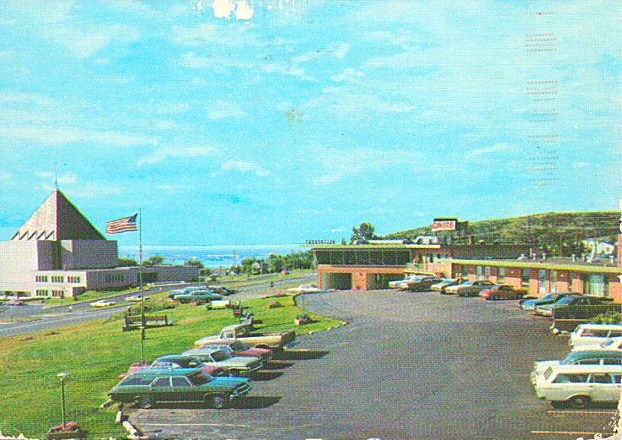 https://www.duluthnewstribune.com/news/4744331-Remembering-Xavier-Bell-for-his-commitment-to-community A celebration of Xavier Bell’s life will be held on Saturday, Nov. 2, 3 p.m., at Peace United Church...