Donuts are coming back to Lakeside. A Dozen Excuses bakery in Superior has leased space to open a satellite location at 4328 E. Superior St. in Duluth. Johnson’s Bakery closed its Lakeside outlet in March 2018 leaving the neighborhood without an independent donut shop for the first time since 1955.

A Dozen Excuses owner Melissa Kingren said she will sell a wide variety of baked goods in what was originally a 1923 Standard Oil gas station adjacent to the Duluth Lakewalk. Donuts and other sweets baked in Superior will be delivered to the Lakeside location. 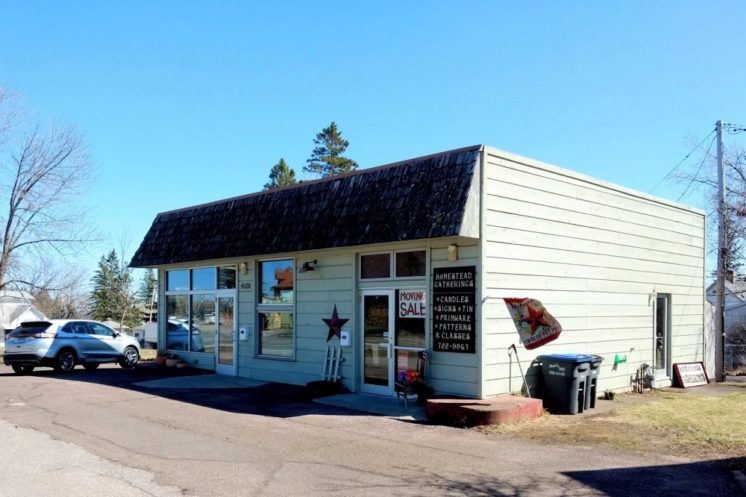 A portion of former 1923 Standard Oil gas station at 4328 E. Superior St. will house a new bakery in the Lakeside neighborhood of Duluth.

“We’re very excited,” said Kingren. “I think it’s a great family community and I think people miss having something there. I’m hoping we can fill a niche.”

Kingren and her partner Cliff Lindberg opened A Dozen Excuses at 1112 Tower Ave. in Superior five and half years ago. The bakery features a wide assortment of donuts and sweet rolls in addition to other fresh baked staples like bread and buns.

“They’re unique. They’re fresh. Most bakeries, things are not fresh — they’re baked offsite and frozen. Most people don’t make them fresh anymore,” Kingren said. “We take a lot of pride in what we do.”

A Dozen Excuses will take over a 350-square-foot space adjacent to Vibe Salon. The space has housed Homestead Gatherings gift shop and stitchery since February 2018.

Vibe Salon owner Deborah Moller purchased the property in November from architect Robert Hewitt, who owned and officed out of the building for almost 25 years. Moller said she is a longtime fan of A Dozen Excuses and got to know Kingren during donut runs to Superior. 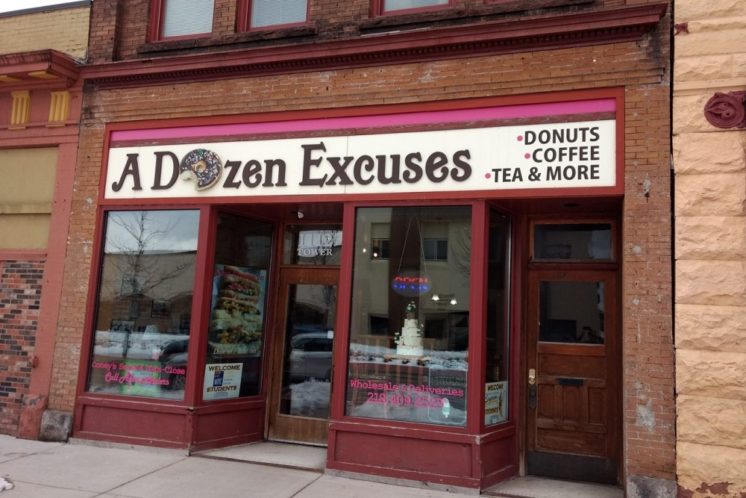 Melissa Kingren and Cliff Lindberg opened A Dozen Excuses bakery at 1112 Tower Ave. in Superior in 2014.

“We talked frequently and I knew I would eventually buy the building and would have a spot that might just work out for her eventually,” she said. “We kept in touch and here we are. I think it’s gonna be great.”

Moller said the space has easy access to the Lakewalk and close proximity to Duluth East High School. The building has a small parking lot but more space may be needed for the expected influx of donut lovers.

“Really my main worry is not whether or not she’ll be busy enough but will it be too busy?” said Moller. “Parking will be a challenge but we’re determined to figure it all out.”

Homestead Gatherings owner Lynne Ziemski said she has found a new location just blocks way. Zimenski has operated a Duluth area stitch shop for 23 years and plans to collaborate with Hannah Johnson Fabrics & Sewing Studio — in the building where Johnson’s Bakery once had its Lakeside location.

Hannah Johnson Fabrics, at 4511 E. Superior St., knocked down a wall and expanded into the adjacent former bakery in 2018. Homestead Gatherings will have a new storefront space and access to much larger classrooms.

“She’s the best quilt shop in Duluth and I’m the only stitchery shop and we have a lot of the same customers. So it’s going to be a one-stop shop now,” said Ziemski. “You know what? You look for the rainbow.”

A Dozen Excuses bakes a wide variety of donuts, sweet rolls and breads in its Superior location. Fresh baked goods will be delivered to the new Lakeside location.

Gustafson’s Lakeside Bakery opened a kitchen and started selling baked goods at 4509 E. Superior in 1955. It served the community until 2003 when Johnson’s Bakery took over the space and supplied customers with product baked at its main location in Duluth’s West End. Johnson’s Bakery closed its Lakeside location in March 2018.

Hewitt said Lakeside has had a long tradition of independent bakeries.

“It’s a business that can cater to the high school,” he said. “And Johnson’s had their donut shop which always had loyal customers. I think it’s a natural.”

Moller agreed: “It’s going to be a great addition to the whole area,” she said. 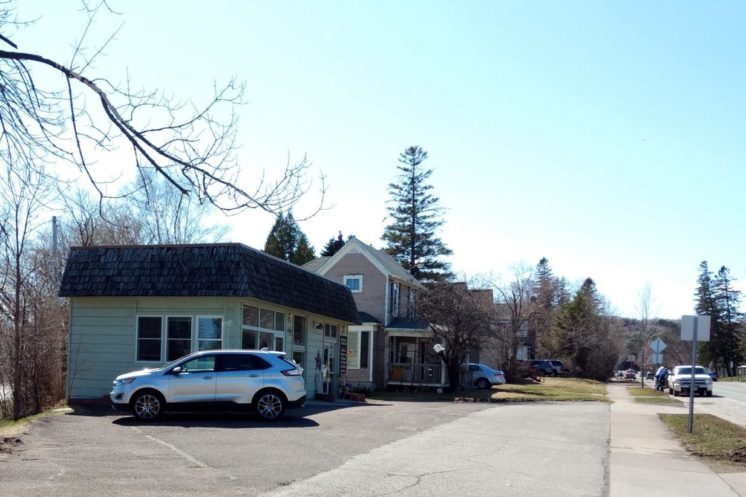 A Dozen Excuses will be located adjacent to the Vibe Salon on the northwest edge of the Lakeside business district. The building has access to the Duluth Lakewalk, at left,