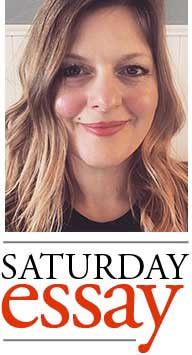 Monsters are, as you doubtlessly already acutely understand, terribly frightening and dangerous. Many films have been made, detailing the paralyzingly ghastly and gory imperatives on which monsters operate, resulting in rooms fairly brimming with ichor and carnage: Soggy glumps of eyeballs, hanging from sticky ropes of optic nerves like morbid tether balls; piles and piles of viscera, settling and emitting gas like teams of farting snakes; ripped and abandoned limbs, arms and legs stacked like macabre log cabins of ruined flesh and protruding bone, still twitching and dripping the last of their darkening blood. Every shadowy corner, every looming closet, every rickety and ramshackle basement staircase adumbrates the uncanny atrocities monsters are hoping to wreak. They are eager to wreak. It’s their whole mission, in fact. (There’s a perfectly empirical reason for the word “monstrosities,” and it’s precisely what you’re thinking.)

One might reflect on this reality with floppy despondency, and in fairness, one would not be mistaken to do so. Flop and despond, if you need to get it out of your system. But as you’re able, kindly recover your wits, and devote your attention to the following introductory tutorial on the rules by which all monsters must abide, lest they be subjected to the same harrowing and disastrous fates to which they are so devoted to imposing on the human population.

Monsters, naturally, are an organized and law-abiding society. This comes as an enormous surprise to many humans, since murderous mayhem and grim devotion are so crucial to each monster’s daily life. The explanation is simple: monsters don’t think these things are wrong.

Therefore, their laws address the things they do feel are violations of the moral absolutes of right and wrong. For example, they had their own enlightenment and renaissance periods, etc., all of which heavily featured revelatory and epiphanic societal shifts in norms and art, much like our own human history of the same. Interestingly, while the Human Age of Enlightenment essentially concluded that the goals of rational humanity were considered to be knowledge, freedom, and happiness, the Monster Age of Enlightenment really homed in on knowledge, freedom, and scaring and murdering humans. On the one hand, this is a pretty horrifying — and one might say irreconcilable — difference of central organizing values. On the other hand, one might reasonably say we share more than we don’t. Perhaps we should spend less time hung up on our differences, and focus instead on the ways we can continue to live together: humans respecting and understanding monsters’ motivations, and monsters carefully and methodically endeavoring to slaughter humans.

As Gorbulon Stabbingham Masvisceration, twenty-second Prime Monster of the United Kingdom of Great Horned Beastingham famously said, “Education is the antidote to fear. Unless you’re human. Then the antidote is bone grinding.” Let’s focus on the first part of this quote, and endeavor to cure ourselves of fear by delving into the ways we can understand monster laws to live as fearlessly, and murderlessly, as possible. Rule One: Never Look Back

When walking in the woods, the inverse of this rule applies, in which monsters may attack at their discretion, unless you look back and spot them. Any monster who is seen directly, peripherally, or even whose fleeing blur is spotted by a human may no longer attack that human. Also, monsters are duty-bound to offer all wild animals first right of refusal, in any inadvertent mutual-attack scenario. If another human is, in any of these circumstances, attacking the human in question, a monster may attack, but must attack both humans. This sounds simple but really isn’t, since many monsters are ill-equipped to secretly attack and kill more than one person, leading to the common human assumption that safety can be found in numbers. Further, an attacking monster will obviously be spotted by the human being attacked — this is a confusing area of monster law, and would likely be a larger area of discourse were it not for the fact that the humans in these circumstances are nearly always dead, and therefore cannot bear any witness for either defense or prosecution. (This rule clearly avoids the potential testimony of ghosts, but ghosts are another subject entirely, and are bound by Interdimensional Ghost and Energy State Guidelines and Regulations, so we won’t tarry further with them here.) It’s a well-known and oft mentioned fact that monsters love the taste of human flesh. They also love to startle, spook, and terrify human victims. You can imagine how tantalizing the combination of any of these things might be, to a monster. There are many rules governing the intersection of flesh eating/startling, flesh eating/terrifying, flesh eating/spooking, etc.; a kind of legal nexus regulating the overlapping motivations of monsters. While there are many nuances and detailed subregulations, generally, these rules can be summed up rather simply: do not dangle any of your flesh over monster-occupied areas. Some great examples are under-the-bed spaces, those looming gaps beneath tall dressers or armoires, and the narrow gaps between mattresses and the walls they abut. If you should casually fling one leg or arm off the side of your bed, understand that you are essentially inviting monsters to grab that appendage and gnaw happily away at it, or bite the whole thing off, entirely (although that would be rather artless. Monsters are much more likely to toy with you a bit, and nibble or grab before finally chomping down).

When embarking or disembarking your bed, please pay careful attention to your toes, the ends of which are quite likely to accidentally trespass on monster territory — the line of demarcation between the floor and the perimeter of the bed. Should your toes cross that meridian, any lurking monster has the right to enjoy them as fleshy snacks. You might find it easier to simply leap into your bed from a safe distance and hop spryly out of the bed when you end your repose. Should spry hopping be a physical impossibility, find comfort in the fact that heels do not protrude nearly as far from the foot as do toes, and are much easier to keep clear of the monster area. If you’ve ever stood before a deep and shadowy closet, it will come as no surprise to you that door rules comprise roughly 37 percent of all monster law. Now, 37 percent might not sound terribly impressive: indeed, it would be, under certain circumstances a pretty dismal survival rate (such as monster attack on unlit rural dirt roads through areas with relatively few wild animals, i.e., suburbs), but, on the other hand, would be a very promising likelihood of winning the lottery. Really a matter of context and perspective. Anyway. Monster law spends so much time on doors, because they are often both the literal doors through which monsters emerge in this dimension, and also very literal barriers between one space and another. (Thresholds, arbors, and gates are all subregulatory areas of door law, it bears mention.)

In general, monster rules regarding doors can be boiled down simply to one sentence: shut the door. Your mother was right — you’ll let the heat out, and also, more to our point, the monsters in. Which you expressly do not wish to do, because of the aforementioned ichor and carnage they’re terrifically dedicated to introducing to whatever room that door accesses.

If there’s any rule that transcends species and dimensions, it’s this one: don’t run from a predator. It applies to cougars, bears, and monsters (but oddly, not human predators — run from them: they’re made out of skin and bones, and don’t abide by any one set of rules).

While you are vigilantly and resolutely staring ahead on the basement stairs, cleverly avoiding monster attack, you might be tempted to also rush your pace as you ascend, and while we understand the logic (escape faster), you’re wrong, and you’re going to die. No running. Running says you’re fair game. Some light speed-walking is acceptable, but be careful how much you rely on monster discretion regarding this law, unless you want something to snack on your ankle bones like Chex Mix.

(This rule does not apply to swimming, where speed is actually a critical component in escape from water monsters. Submerging your head in the water scares away water monsters, although, it should be mentioned, is terrible defense against sharks — you’ll have to use your own discretion about what is pursuing you. Best of luck.) In summation: walk slower and swim faster.

If you grew up inexplicably afraid of the dark, and making plaintive appeals to your guardians that hall and/or bedroom lights/nightlights remain lit throughout the sleeping hours, you were absolutely right to do so. (If you’d like to make a phone call or two to enjoy this rare moment of righteous indignation, we’ll wait.)

Generally, monsters not only hate light, but cannot traverse well-lit areas without terrible harm befalling them. Most folks are familiar with light guidelines regarding vampires, particularly, but the truth is, light is equally dangerous to most monsters. If anything, vampires are the lucky ones, able to withstand incandescent and candlelight, whereas most monsters cannot. Consequences for full light exposure, for most monsters, is some form of burn, ranging from smolder to full conflagration, and in the case of the Snerdling Cull-Gharf (flesh-eating creature who lives between uneven stacks of boxes in basements), instantaneous explosion.

This is an area in which humans really have the upper hand, since nearly everyone has lit their living spaces like theater stages, most of the time. Between light from television sets, hand-held devices, overhead lighting, night lights, and the standard light fixtures (plus holiday lights, and other special lighting, such as candles and the occasional lava lamp), now is truly the age of well-lit human civilization. It was far, far easier for a monster to eat a person back before Edison made electricity a household word.

Simply keep an area well-lit, and your safety is all but guaranteed, bearing in mind the dark areas in well-lit rooms, such as under-bed spaces, gaps beneath chairs, and darkened corners are still positively teeming with bloodthirsty creatures, waiting for your delicious appendage to penetrate the darkened perimeter.

Other dark areas in fully-lit areas you might not have considered are street grates and drains, the gaps beneath cars in parking garages, darkness outside open windows, and the dark gaps between certain types of basement stairs. All, it’s safe to assume, packed to brimming with monsters.

Interestingly, there are no monsters in the back of your car. Humans, certainly, but no other monsters.

We sincerely hope this has been a helpful introduction to the basics of monster law and human safety from monsters. Understand that, in spite of the apparent fatalism of the subject matter, the litany is really intended to provide more hope than despair. We realize it’s relatively cold comfort to hear the particular rules by which monsters must abide, in light of the fact that all rules presuppose monsters’ deadly designs on you and the ones you love. But it’s comfort, nonetheless, and as a human whose body will slowly degrade toward inevitable failure and death, cold comfort should feel as familiar as the pull of gravity on your shoulders, if not nearly as heavy.

Selective Focus has been a series mostly about visual arts, but there is an undeniable link between music and visuals....