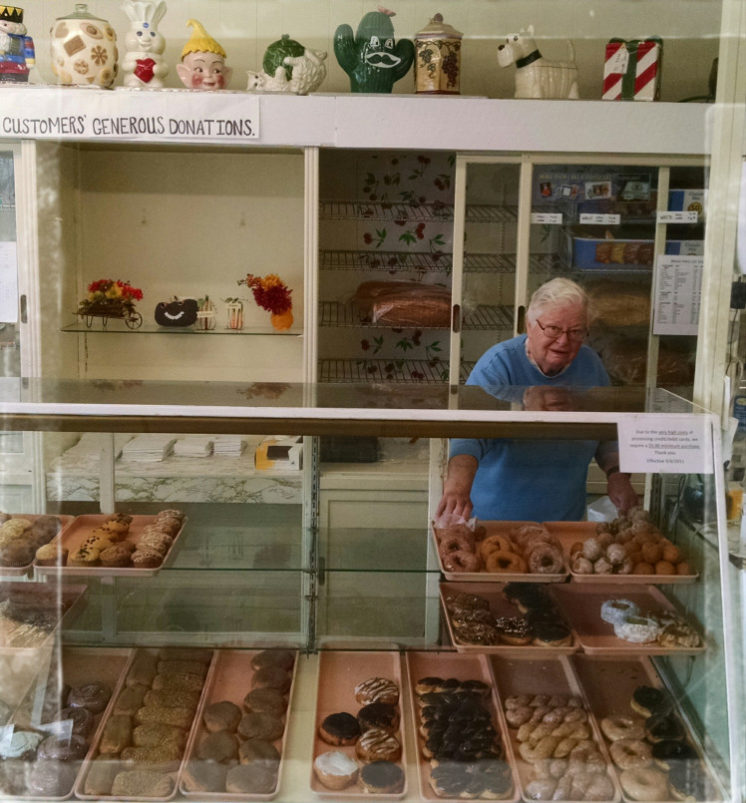 Cases were loaded with pastry and shelves decorated with cookie jars at Johnson’s Lakeside Bakery in this 2015 photo.

Eastside donut and cookie lovers will lose a longtime sweet supplier this spring but a potential plan is in the works to install another bakery at the same address which has fed the neighborhood for more than six decades.

Johnson’s Bakery announced the imminent closing of its Lakeside branch in a Feb. 10 Facebook post and then removed the item a short time later. The move sparked a flurry of social media chatter and rumors on the street from disappointed patrons of the longtime bake shop.

Johnson’s Bakery, located in Lincoln Park, has supplied goods to its satellite shop at 4509 E. Superior St. in Lakeside for more than 13 years. The business replaced Gustafson’s Bakery which operated out of the same location since 1955.

Lakeside Bakery owner Scott Johnson said difficulty finding qualified bakers to assist with production and logistical complications transporting merchandise across town led to the decision. He said recent rent increases due to tax hikes were not a big factor in his decision.

“I just can’t continue to work 75-85 hours a week and expect to live more than a year or two,” said Johnson. “As much as we enjoy being in Lakeside, we just can’t keep doing it.”

The bakery industry is struggling to find people willing to work the early hours and hot conditions inherent to the job, said Johnson.

“There’s a real shortage of bakers out there,” he said. “You talk to the Super Ones and other chains, they’re crying for good bakers.”

Johnson said he will let the Lakeside bakery lease expire at the end of April. The move does not affect Johnson’s Lincoln Park location which was established in 1946.

The closing announcement led to a variety of rumors and social media comments that upset Johnson. The bakery removed the post and has not addressed the issue again on Facebook. He said he is working with an interested party to assist in maintaining a bakery at the Superior Street address.

“I’ve been working with someone to come in there,” he said. “They’re looking at the feasibility of it right now. They want to make sure it’s something they can do. It’s in the early stages right now but it is something that could happen.”

Johnson gave no more details on the project.

Building owner Peter Ullrich Jr. said he would like to see a bakery continue at the location but other businesses are interested in the property. He said the building still contains all the necessary baking equipment. The ovens have sat idle for more than a decade and would need servicing, he said, and new operators would need to replace a chimney that was removed a few years ago.

Ullrich worked as a barber in a building two doors east of the bakery for 18 years before retiring. He owns the barber shop building, the bakery and the building in between, currently a fabric store.

“I’ll certainly help anyone who wants to go in there, whatever they want to do,” he said. “I like small businesses and believe they’re a big part of the community.”

“It’s been crazy,” he said. “All kinds of people are calling and trying to find out what’s going on. We’ll just have to wait and see.”

‘Cause I survived the '80s one time already And I don't recall it all that fondly — Craig Finn The...