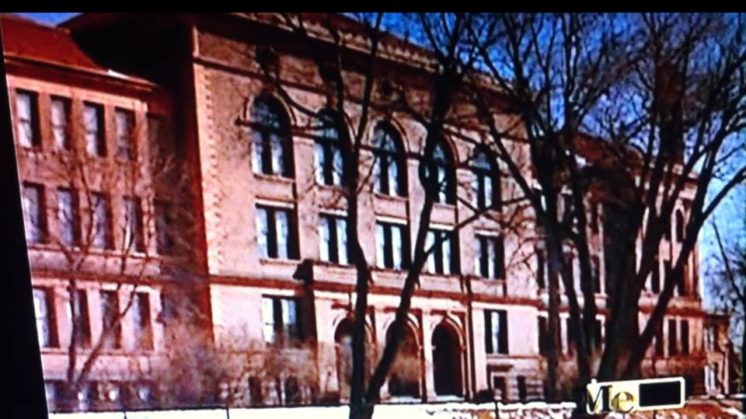 Mike Michaels posted this image from The Mary Tyler Moore Show on Facebook yesterday, the date of Mary Tyler Moore’s death, noting the show featured the University of Minnesota Duluth’s Old Main building as the fictional high school of her character, Mary Richards.

“One of the show’s writers, Lorenzo Music, lived in Duluth and attended UMD. He married an actress who was a Denfeld grad,” Michaels wrote. “They both ended up starring in a CBS variety show and both wrote the theme song to The Bob Newhart Show. Lorenzo became even more famous as the voice of the doorman on the TV show Rhoda and the voice of Garfield the cat. He was also a TV producer.”

UMD’s Old Main building was destroyed by fire in 1993.

R.I.P. References to Duluth in Film/TV or Other Media, UMD

“One River” on the road

https://www.youtube.com/watch?v=4uP8VD2rVZg The cast and crew of UMD Theatre's One River play are in Des Moines this week for the Kennedy...