Shawn Thompson has been creating breathtaking images of Lake Superior and the surrounding area for several years. He talks about how he got into photography and getting up early for the perfect shot.

S.T.: I am mainly a digital photographer, but I also enjoy shooting film. Film is a recent endeavor for me. Both have their perks. Digital is fantastic for the instant gratification and ease of making an exposure in just about any condition. Film makes you slow down, a lot. You really want to find a frame worthy of exposing. Also there is no replacement for the feeling of exposing a roll, waiting for the roll to come back from processing and then viewing the negatives to see how they turned out. The anticipation is the most fun part. I tend to shoot more every day stuff with film, not so many landscapes. It’s more of how I started out and that opens my view a bit.

I have been working with digital since around 2005. I started out just messing around with a small point and shoot, taking images of every day things and closeups of plants, flowers and insects. I picked up an entry level DSLR in 2006 and spent a year cussing and I debated selling it many times. I am self-taught, so I had no idea what I was doing at first. A couple years later I was turning out some photos that I was happy with and then I went all in and spent nearly all of my free time taking photos along the North Shore of Lake Superior. 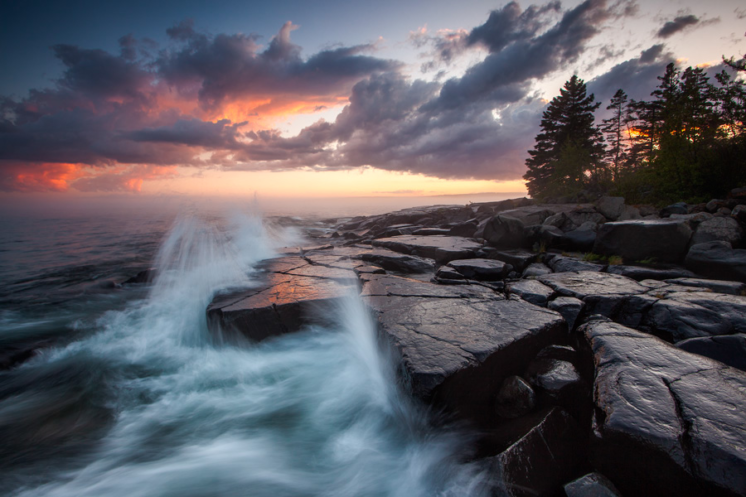 “Rush-N-Attack”
A major storm moved through Duluth and cleared just as the sun was setting.

The main challenge for me with landscapes, is finding something new to shoot that is visually striking, or a new angle on a well shot subject. Envisioning a photo and then getting out on the shore and executing it is one the most enjoyable parts of photography. For me, photography is a therapeutic experience, being on the shore of Lake Superior alone, with my camera, is very relaxing. 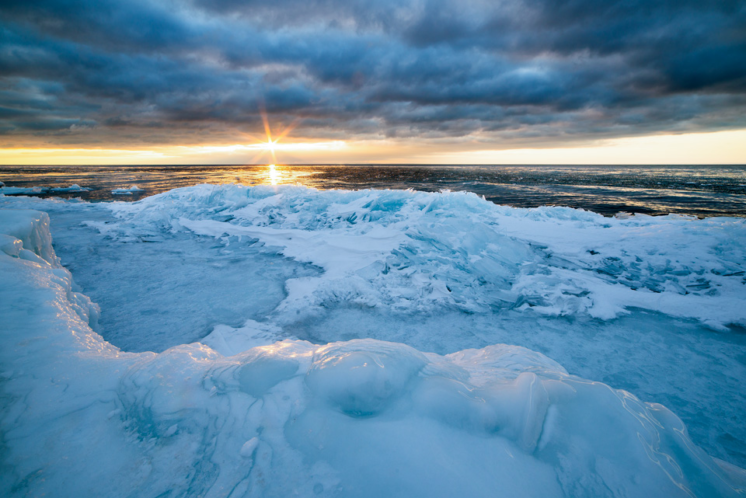 I tend to shoot more in the winter. The landscape is always changing from day to day. One day there could be 10-foot ice piles and the next day, they’re gone. The other reason I love shooting in the winter is because the sun rises later.

I shoot sunrises in the summer, but honestly, who wants to get up at 3:30 in the morning to go take photos? 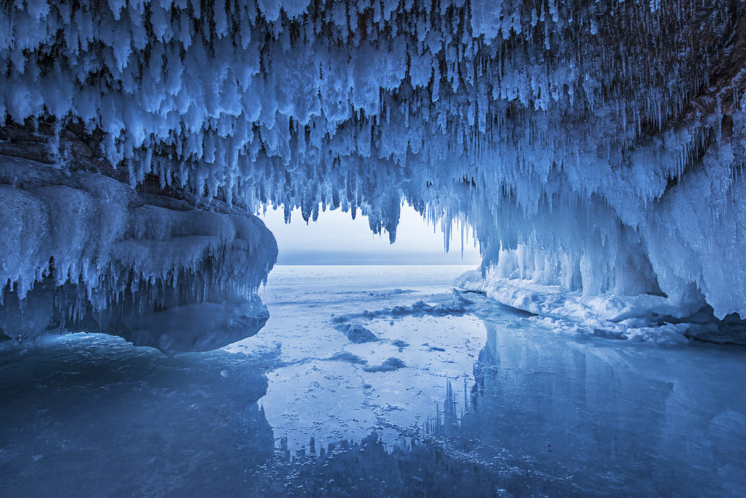 My work can be found at Lizzards Gallery, downtown Duluth. Online, it can be found at my personal website shawnthompsonphotography.com, my stock photo website duluthstockphoto.com and on Facebook.

“Nicholas Outside Vikre”
I asked one of the Vikre bartenders if I could take his photo with my new 35mm swing-lens panoramic camera.

As of now, I am just trying to get out and shoot more and more. I have been in a bit of a creative slump, but I am working my way out of it.