Hoops Brewing will launch in spring 2017 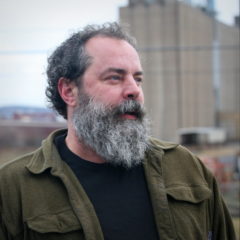 “I’ve always wanted to build a boutique brewery and I’m doing this the way I dreamed of doing it,” Hoops told The Growler magazine, which broke the story before Hoops Brewing issued a news release. “I don’t have any aspirations of being real large. I want to be a destination beer hall, really servicing local, very limited distribution.”

The news release from Hoops Brewing notes the brewery will operate a small system geared toward serving the on-site 250-seat beer hall. In total, Hoops will occupy a 9,000-square-foot space inside a historic brick-and-exposed-timber space on the water’s edge of the Duluth Harbor. 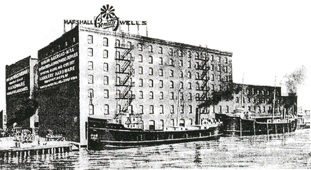 The Waterfront Plaza, also known as the Meierhoff Building, was designed in two sections and constructed in 1900 as headquarters for the Marshall-Wells Hardware Company, one of the world’s largest hardware wholesalers. In its prime, Marshall-Wells produced 40,000 products and had annual sales of nearly $100 million. The company liquidated in 1958 and the building sat vacant until the Meierhoff family bought it in 1966.

Hoops has nearly 25 years of brewing experience, was a founding member of the Minnesota Craft Brewers Guild, is a beer columnist, serves as a beer judge for the Brewers Association, and has won six medals at the Great American Beer Festival — three as lead brewer at Pyramid Brewery in Berkeley, Calif., and three as master brewer at Fitger’s Brewhouse.

Hoops expects to pour 15 to 30 different styles of beers at a time, from easy drinkers to beers with intense character. The beer hall will not include a restaurant but there will be take-in food options from neighboring eateries. Beer will be sold to-go in 24-ounce cans called “crowlers,” distributed to select Duluth and Minneapolis retailers. Moose Lake Brewery began selling crowlers earlier this month, and to-date is the only brewery in the region using that packaging format.

Melissa Rainville has been appointed as the head brewer, continuing a collaboration with Hoops that began at Fitger’s Brewhouse. Rainville began brewing in 2010 at Saint Paul’s Flat Earth Brewing Company. She holds a general certificate in brewing from the Institute of Brewing and Distilling. In 2015 she received the Minneapolis-St. Paul District Master Brewers Association of the Americas scholarship and completed the MBAA Brewing and Malting Science Course in Madison. She also recently completed the MBAA Brewery Engineering and Utilities Course in St. Paul, Minn.

Eric Helland makes things from natural materials. His work shows off the beauty in the texture and grain, and also...