Juror Ivy Vainio asked the crowd (as more shuffled in) to raise a hand if this was the first time they’d been a part of an exhibit. Photo by Ivy Vainio.

It’s been a few weeks since the opening of the Let’s See What You See Duluth photography exhibit, and already it’s time for the photos to come down from the wall and for the American Indian Community Housing Organization to start planning its next function. The exhibit was a huge success, garnering hundreds of cellphone photo submissions and attracting over 200 people in a line that extended out onto the sidewalk and down the street shortly after 6 p.m.

A few entrepreneurial little girls who live in the building set up a table outside and provided lemonade to thirsty guests waiting to sign in during a sudden surge of attendance. Fresh food and coffee was provided to hallway minglers as local musician Jake Vainio performed his original, looped, eclectic melodies on guitar. The energy remained high throughout most of the night — but nearly a month later, it’s hardly tapering off. 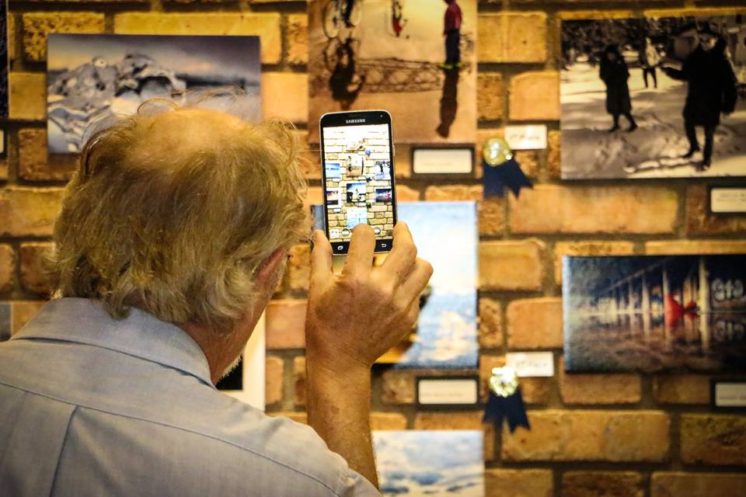 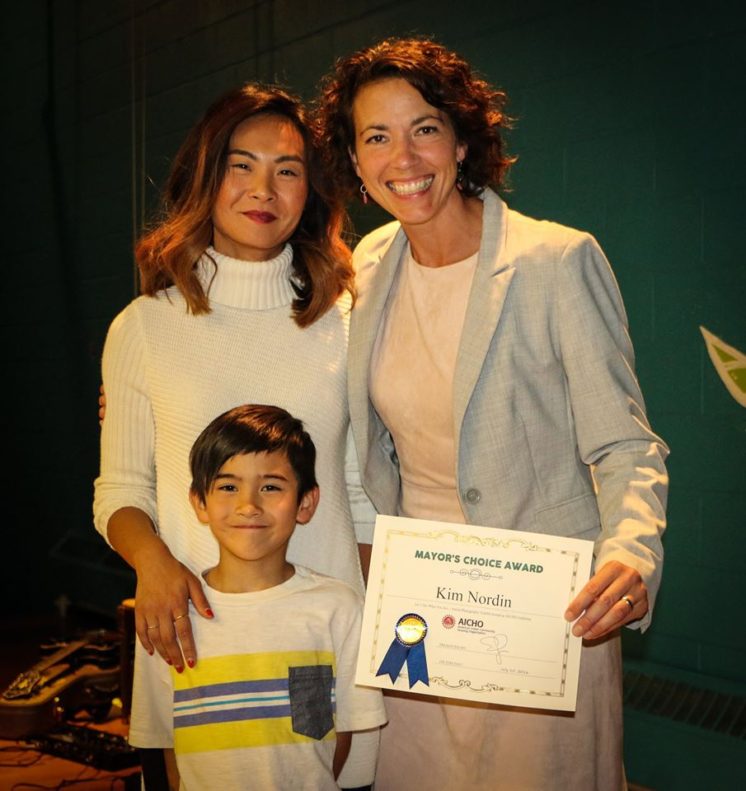 The jury was blown away by the quality of photos submitted!

Let’s See What You See was an exhibition that was aimed at bringing the community together.  One of the primary motivations for the exhibit was the idea that it’s not necessarily the equipment that gives a photo it’s quality — it’s how the equipment is used.  Something as basic and universal as a cell phone can be used to capture some of life’s most fleeting moments; from the crashing of a wave on the shorelines of Lake Superior to the final moments shared with a loved one, the walls of Trepanier came alive with the stories and visions of Duluth.

The winning photos for the evening were selected via jury process.  Joshua Gorham’s first place image was selected almost immediately after the jury shuffled through over 200 photo submissions in one sitting!  However, second and third place required a lot more deliberation and over the course of the next week, the jury scored and ranked their top photos, resulting in a close call between Anne Gorham and Jennifer Dorothy Hauck’s images.  (And yes, this entire process was anonymous — the odds of the first and second place winners being husband and wife were extremely low given the number of submissions, but it happened!)

Let’s See What You See was born out of a perfect storm of circumstances.  Ivy Vainio and her brother in law came up with the initial vision during a casual conversation one day.  Long story short, we had about 20 submissions during the first month of planning and weren’t sure that the event would really pick up in the weeks that followed….

We were definitely wrong! There were 190 photos in total that we displayed in Trepanier Hall this past month.

Around 240 photos were submitted to the exhibit alone, which were whittled down to 190 photos for display by process of anonymous jury selection.

The jury this year included cellphone nature photographer Vern Northrup, event photographer Ivy Vainio, and Clint Austin of the Duluth News Tribune. Mayor Emily Larson also was invited to select her favorite photo from the exhibit, and People’s Choice was decided by guests on opening night.

Roughly 250 people attended the opening reception on July 15, 2016!  This is while the Duluth Art Institute was hosting their Air Duluth: Paint du Nord opening reception and city hall was packed with individuals gathered for the National Call To Action In Response To Police Violence & Brutality — kudos to the community members who made it to all THREE events in one night! That’s Duluth! It’s been asked a multitude of times when the next cellphone photo exhibit will be, as this was the first year we ever attempted something like this. After how much support we received from the community this time around, AICHO is definitely considering hosting this event again.

As to when this will take place — we’ll just have to wait and see.

Imagine Duluth 2035 is an update to Duluth’s 2006 Comprehensive Plan, the road map for future development of Duluth. Citizens...