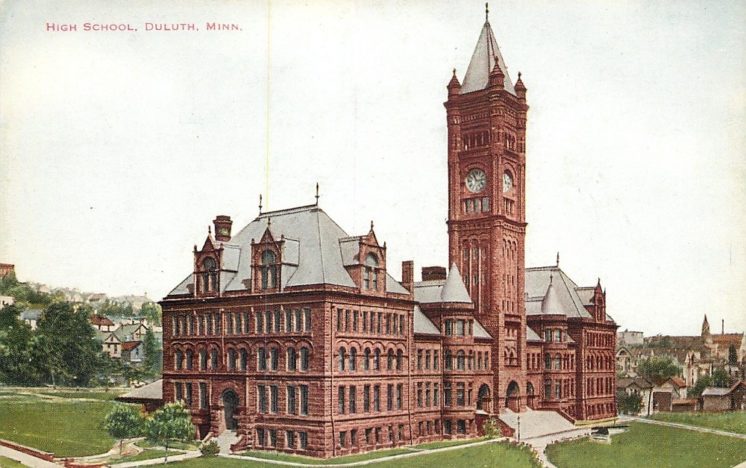 Among man-made icons in Duluth, the most venerable of the them all is Historic Old Central High School, which opened in 1892 at Lake Avenue and East Second Street.

The Richardsonian Romanesque building, designed by the Duluth firm of Emmet S. Palmer and Lucien P. Hall, was built of Lake Superior brownstone with a clock tower that rises 230 feet. An addition was built in 1923.

As some of the postcards show, Central was originally called Duluth High School or simply “High School.” 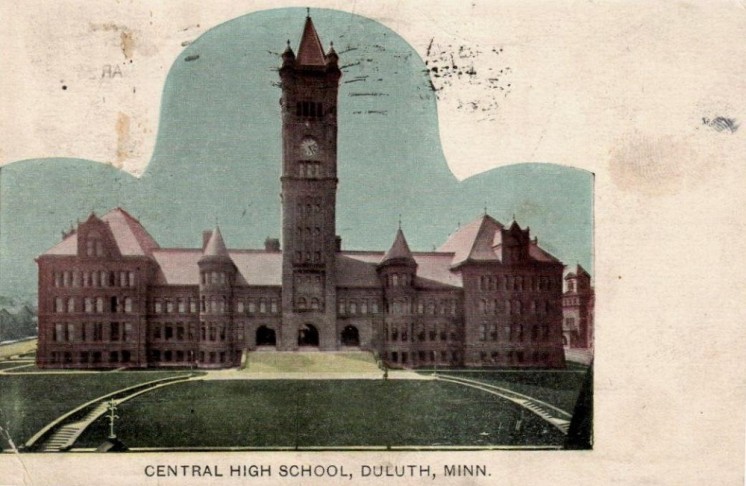 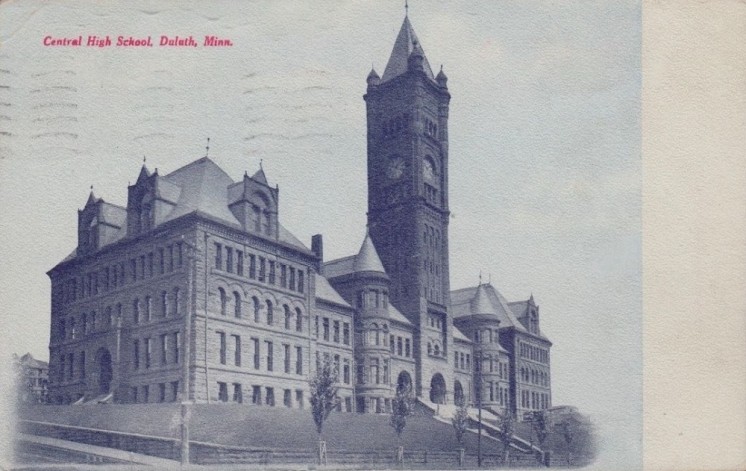 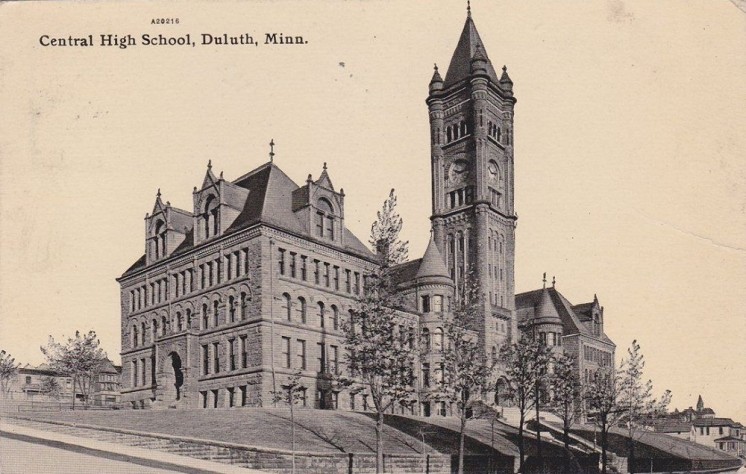 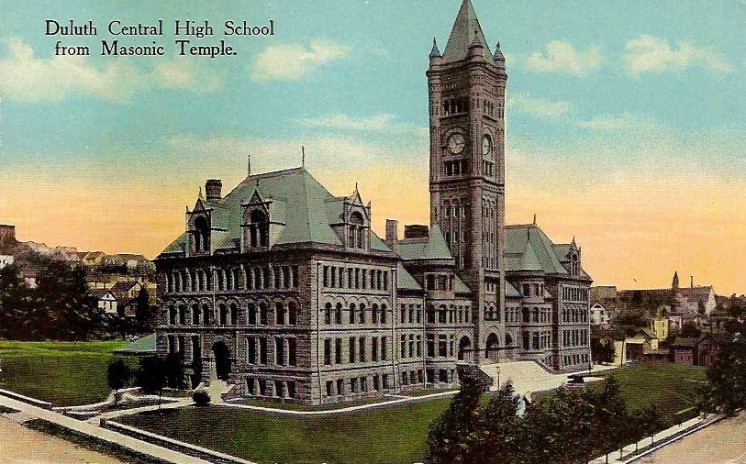 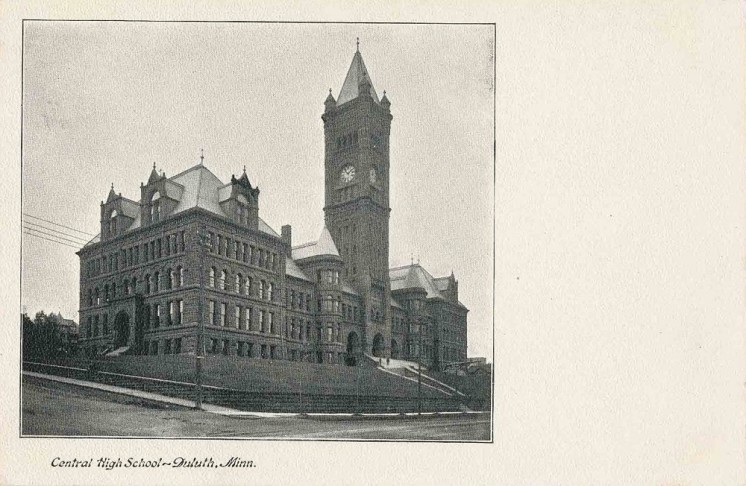 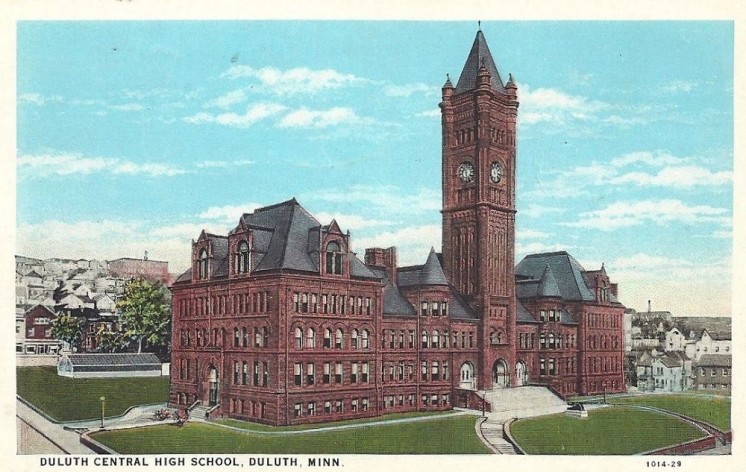 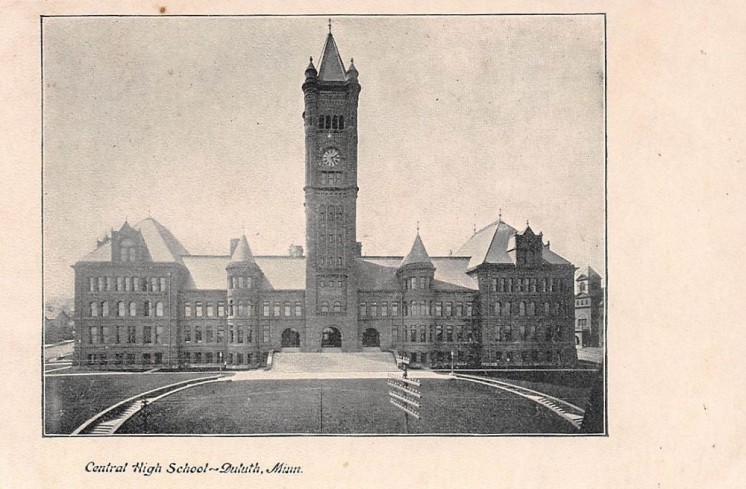 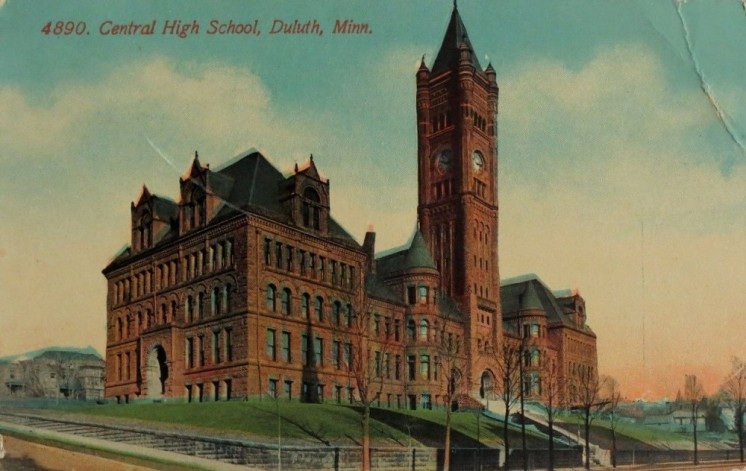 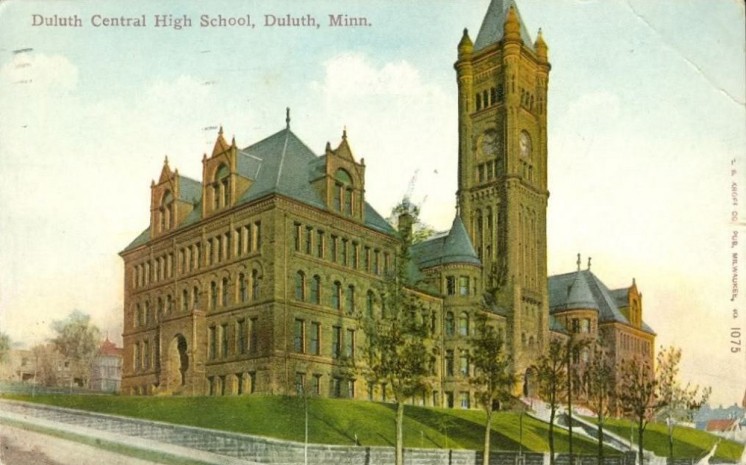 https://youtu.be/CTx28xWKmDM Does anyone know these punks?