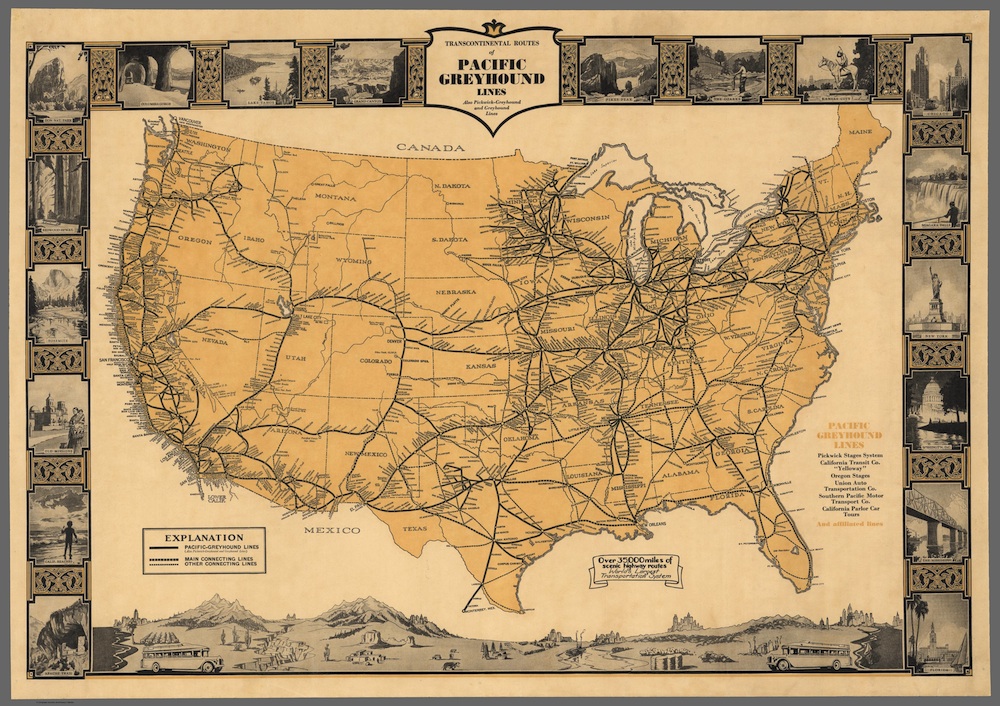 Slate ran an article today from “The Vault,” its associated history blog. Titled “A beautiful Depression-era route map makes transcontinental bus travel look glamorous,” it details the history of Pacific Greyhound Lines, the company that eventually became Greyhound. The map above is from 1935.

I was struck by the amount of routes covering Minnesota — all the way up to Thunder Bay makes sense, but no state other than Ohio seems to have the saturation that Minnesota does. What gives?

It turns out the intercity bus idea has its home in Hibbing. Gary Belsky outlines the history of Greyhound on mentalfloss.com, from its origins in Hibbing (as the “Snoose Line” — yes, that snoose) to its expansion across the country. Greyhound’s headquarters were in Duluth until 1930, when it relocated to Chicago.

File under stuff you probably knew, but I didn’t.

A fox was found behaving abnormally, and the St. Louis County Undersheriff was able to walk right up to him...