FAA could release commercial drone regulations by end of 2014

The expected release of new unmanned aerial vehicle (UAV) regulations later this month and the recent commercial drone incident with TGI Friday’s in New York (TGI Friday’s Dumb Mistletoe Drone Cut Somebody’s Face Open) have me thinking about the future of commercial drone use. Perfect Duluth Day has been somewhat on the forefront of the use of drones since I purchased a quadcopter capable of shooting photography and video back in 2013. 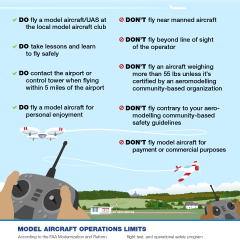 I utilize my 4 drones (DJI s800evo, Tarot FY680 Pro, DJI Phantom 2 Vision & Vision 2+) to shoot content for digital media, which has drawn attention beyond PDD via the Star Tribune, Pioneer Press, MPR and also Duluth news outlets. I was contacted by the Federal Aviation Administration in early 2014 after shooting the John Beargrease Sled Dog Marathon and told I was in violation of FAA regulations because my footage was considered commercial.

I won’t get into the specifics of what the current regulations entail, but needless to say they are bit vague and need clarification. The National Transportation Safety Board felt the same way, dismissing multiple instances in which the FAA fined UAV operators $10,000 for commercial operation. There has been kind of a wild west approach to commercial use of UAVs since then, with little risk of citations or fines until the new regulations are released. I am a hobbyist of high-end radio-controlled vehicles and have over 20 years of experience. I have done some commercial work with my UAV and I plan to do much more in the future (liftoffaerials.com) so these new rulings will be of interest. I have had numerous inquiries for commercial aerial videography and photography. I really think there are great opportunities for UAVs for personal and commercial uses — as seen from countries that have adopted proper regulations. But I do agree with many in the UAV community that there should be restrictions and proper licensing no matter what the use. Currently the FAA is allowing for commercial use permits and they have only approved a handful companies for commercial use…. I am still waiting for mine. sigh..

There are numerous startup companies across the country touting drone media capabilities, but as the TGI Fridays incident and many others illustrate, these people are not experienced in flying or safety, and for that matter often have little or no videography, photography or advertising experience. UAVs can be dangerous and are not toys. Like most anything in the wrong hands, there will be issues. People often ask what I think about the ban on drones at National Parks and other landmarks. I agree 100 percent with those bans. Many people go to those places to experience nature and they should be able to have that experience without disruptions. You are allowed to have your experience as you choose, only if you do not affect the experience of those around you. If you are a drone pilot you need to understand and respect that flying a drone does affect others around you — they can be loud, dangerous and bothersome in certain situations. I am very conscientious of my surroundings when flying, not just to respect others experience but also for safety reasons. When I shot Pigeon Falls and Split Rock Lighthouse I waited until no one was around before lifting off. After I shot Split Rock Lighthouse I was contacted by the MN Historical Society notifying me that unmanned aerial vehicles, like drones, are banned from the Split Rock Lighthouse grounds, so I guess I won’t be shooting that again anytime soon. When I shot Gooseberry Falls there were people around, so I took off far from the falls, stayed high above the falls and shot other unoccupied areas of the park near the lakeshore to avoid disturbing others. Until the new FAA regulations are released and the FAA gets some control over commercial and private drone usage, keep one eye in the sky, because there are many untrained cowboy pilots out there with only more taking to the sky every day. To all you new drone pilots out there: get a couple hundred flights under your belt in a empty field and respect the people around you. Be smart and make safety your #1 priority. Drones are like unruly kids — you don’t think anything of them when they’re yours, but the people around you can be greatly affected and annoyed. More of my UAV videos can be seen here. https://www.youtube.com/watch?v=2dGXtEByOCw&feature=youtu.be UWS Studio II captured these clips from the Puddle Wonderful and Nobody performances at Rothwell Student Center in early...