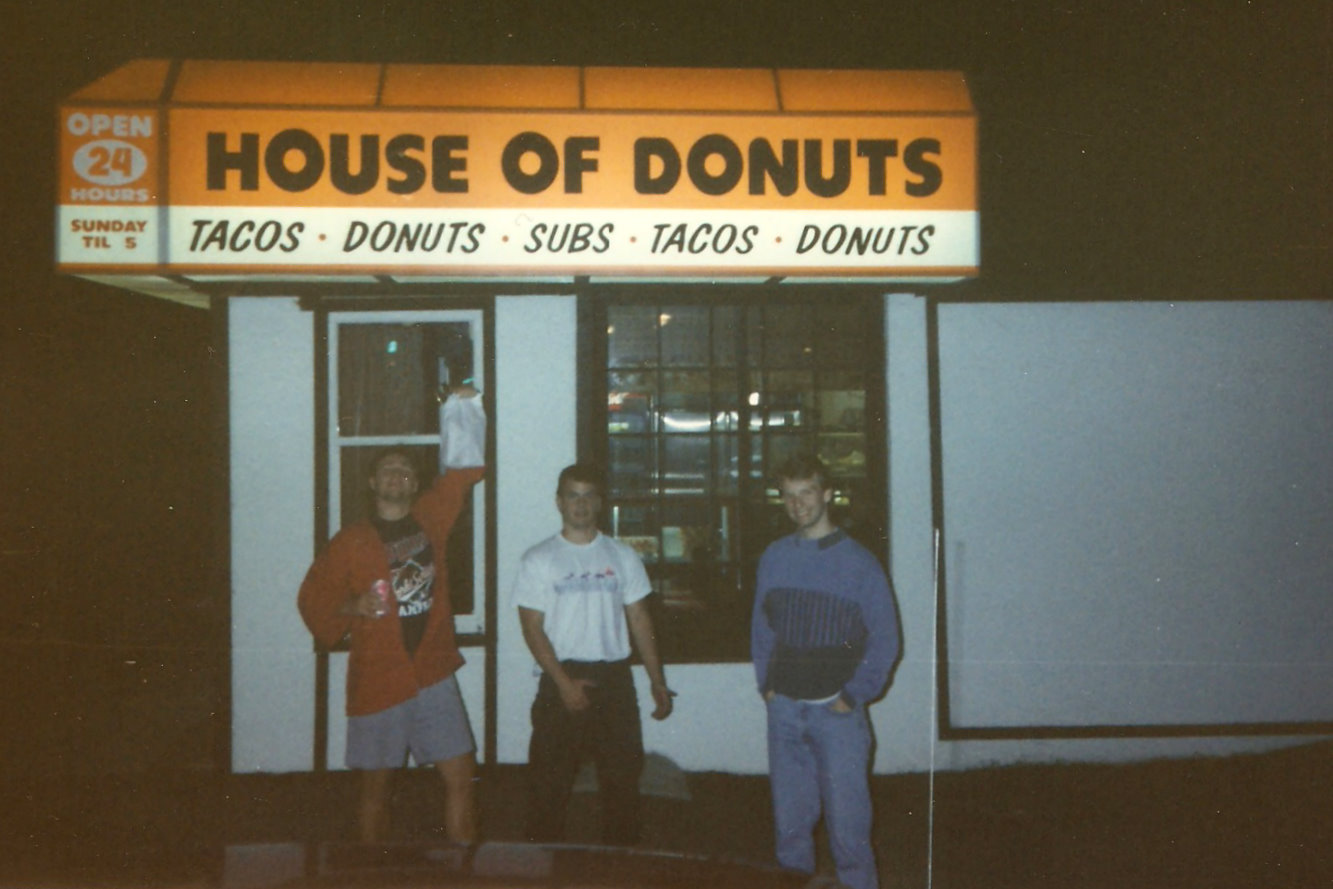 I recently recovered this photo from my attic. It’s dated July 18, 1992. That’s me on the left in my Minnesota Twins championship T-shirt, proudly raising a bag full of what have got to be bear claws. PDD co-founder Barrett Chase is on the right. In the middle, grabbing his junk, is Bob Schulte.

For most of its existence, and at the time of the photo above, House of Donuts was located just east of where the Whole Foods Co-op is now, at 624 E. Fourth St. Ronald and Michele Carter were the owners.

John and Pamela Gressman bought the HOD in 1999, after selling the neighboring Casa de Roma restaurant to Charles Lemon, who turned it into C.W. Chips, a bar and restaurant.

The images below are from a Facebook page called “We will never forget you HOD (House of Donuts),” which no longer exists. 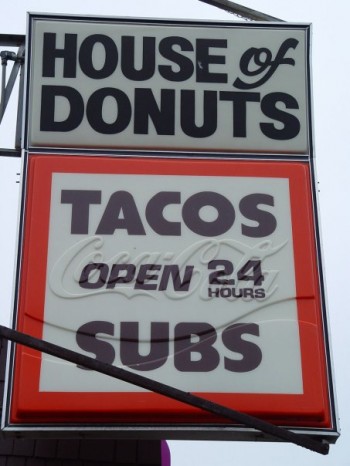 Artist with a tool belt Cartoonist and author Chris Monroe found inspiration for her picture books while toiling in a...