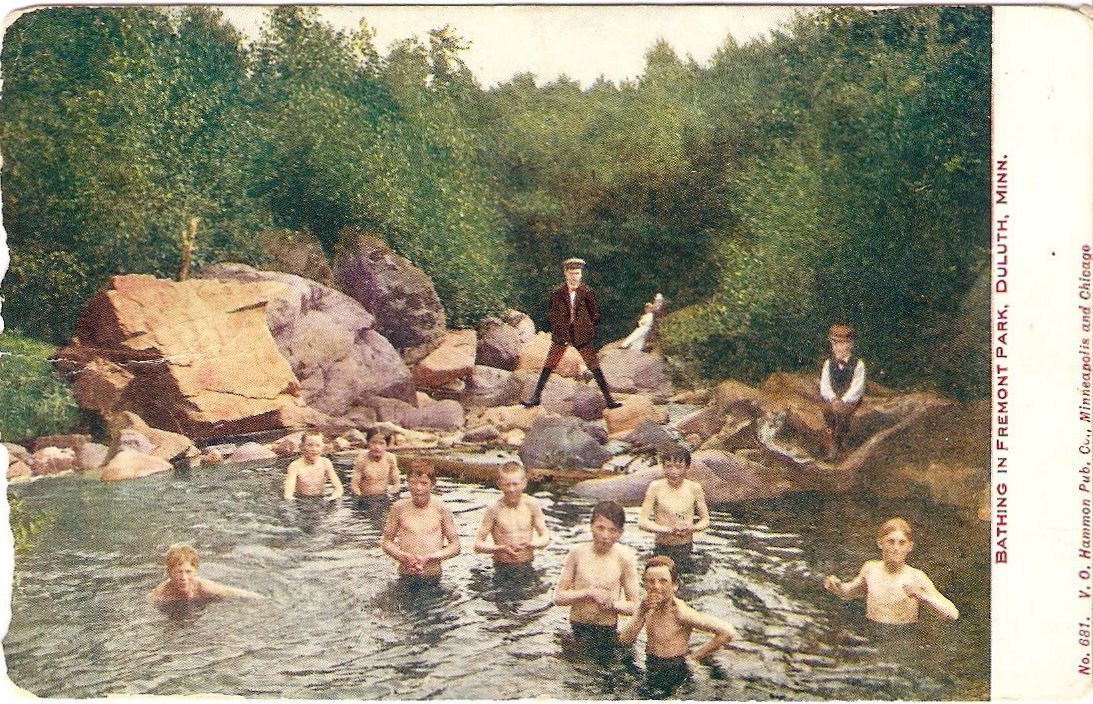 I bought it in 2008 from Allouez Antiques in Superior during Nonchalant Jaunt VI. Here’s the message on the back: 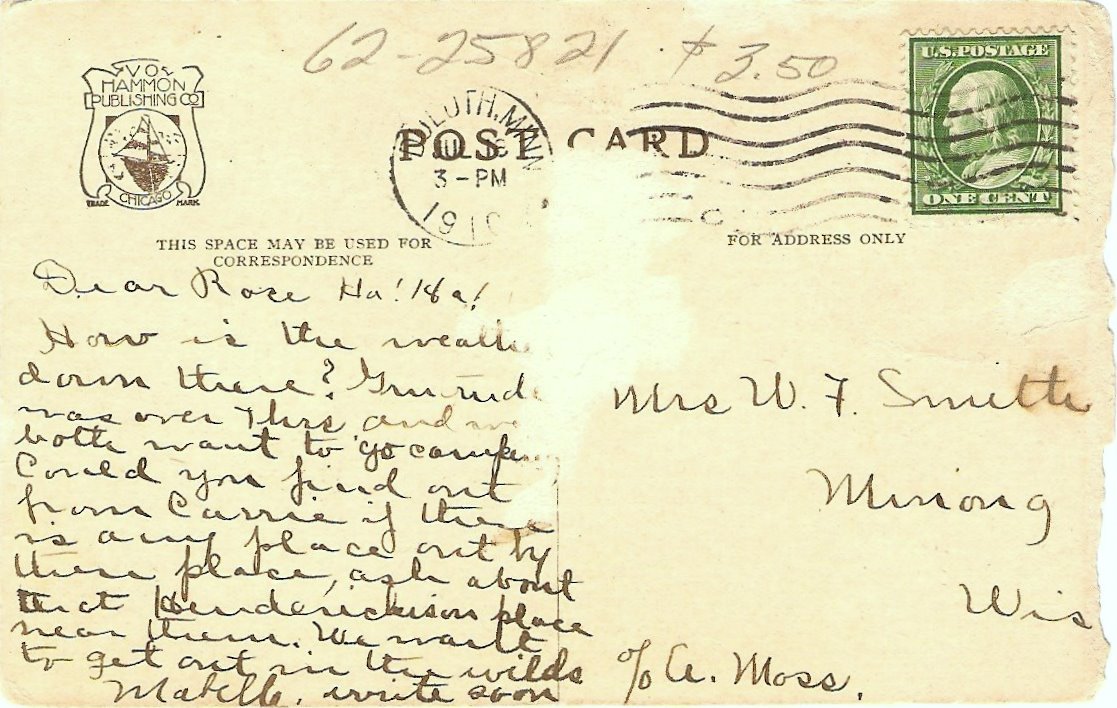 Dear Rose,
Ha! Ha! How is the weather down there? Gertrude was over this Thurs. and we both want to go camping. Could you find out from Carrie if there is any place out by their place? Ask about that Henderickson place near them. We want to get out in the wilds.
Write soon.

The labeling on the postcard as “Bathing in Fremont Park” is apparently a mistake — it should be Fairmount Park, which later became home of the Fairmount Park Zoo, now the Lake Superior Zoo. (There is a Fremont Street nearby, but the park is named Fairmount.) This postcard came out at least 13 years before there was a zoo. Before the zoo there was an amusement park, but I have no idea if that was around in 1910.

Anyway, I’ve always thought I knew the spot where the postcard photo was taken, but when I went there yesterday to shoot a picture of it I discovered that it doesn’t quite look right. So, what do you think? Am I at the wrong spot or have some of the rocks been moved over the course of a century?

There’s always something in the fine print

After hearing about all the great berry-picking this year, I decided today to go on a mission to pick wild...